It was probably too soon to be traveling but I wanted to add some rare birds to my Life List and there was a Jabiru spotted in Texas and I wanted to go.  There were also rare birds in California and I had also wanted to take a Debi Shearwater Pelagic sometime this year, so decided to pack it all into one trip.  I also wanted to go back to Pinnacles National Monument,(now a National Park), and try again for the California Condor, since it had become a countable ABA bird.

Alas, after a full day of searching in the middle of nowhere Texas, Anahuac, outside Winnie, to be exact, I had to give up and head to the airport for my flight to California.  The group of us who birded together, including a woman doing an ABA Big Year, were lucky enough, though, to hear a Black Rail at the Anahuac NWR, which was a Year Bird for the Big Year birder. 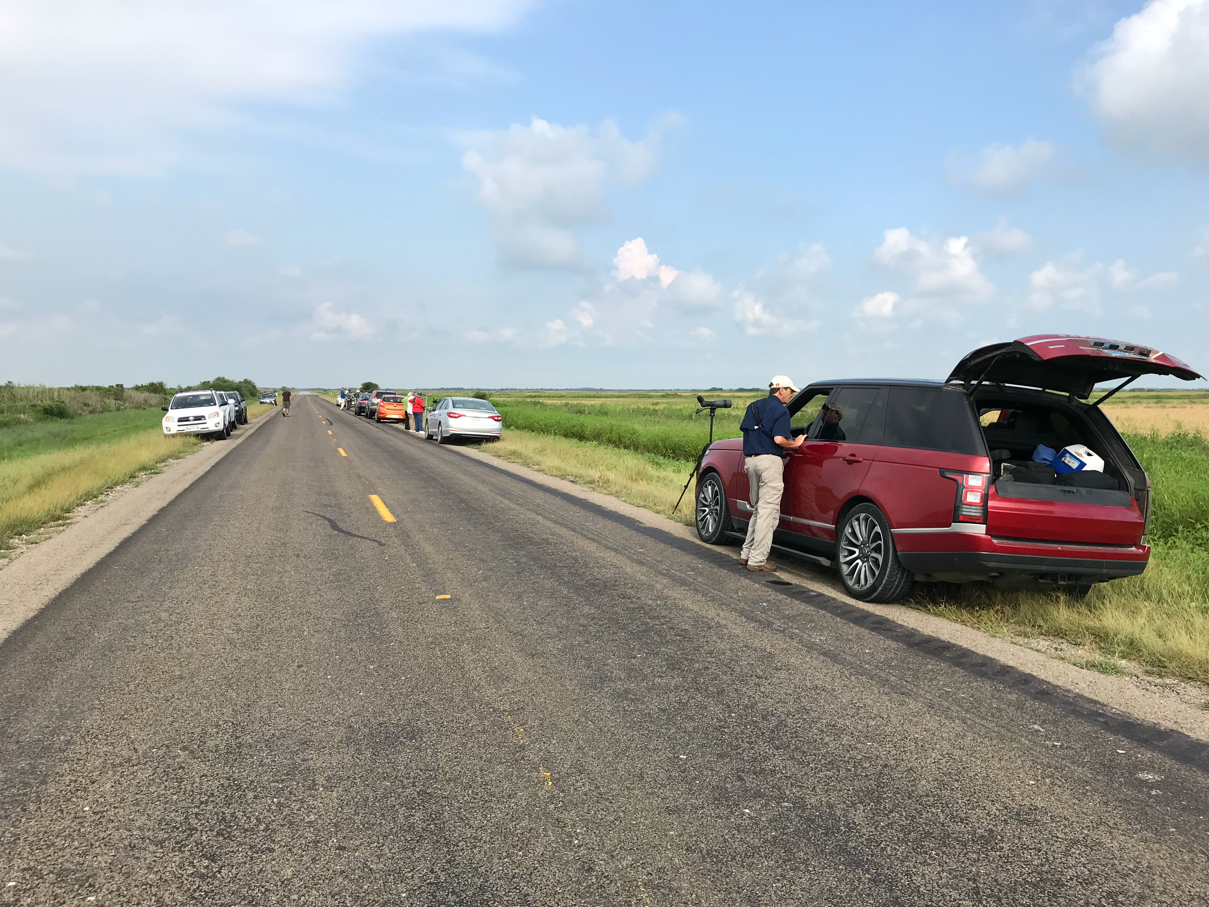 The hoard of chasers sadly missing the Jabiru.

It was then off to California where I was finally going to see a California Condor; especially since it is now on the ABA List and would be a Lifer.  I also was looking for a few other Lifers, and even though I went on a Debbie Shearwater pelagic, I only added one other Lifer, and that was on dry land too.

The hike up to where the condors hung out was over 2000 feet of elevation and was slow going, due to both the heat and my reduced physical condition, still rehabbing from spinal surgery.  The views from above were spectacular...

... and the condors even better.  They were a fair distance away, but were easily identifiable.  (ABA 664) 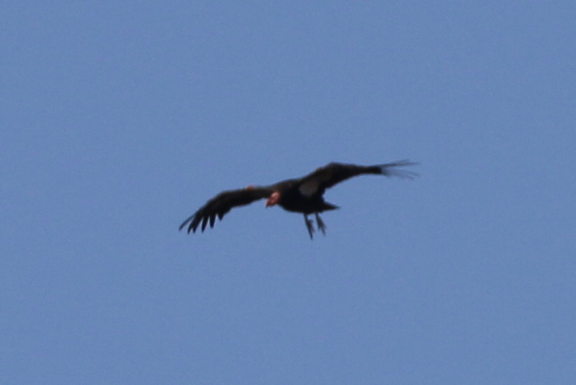 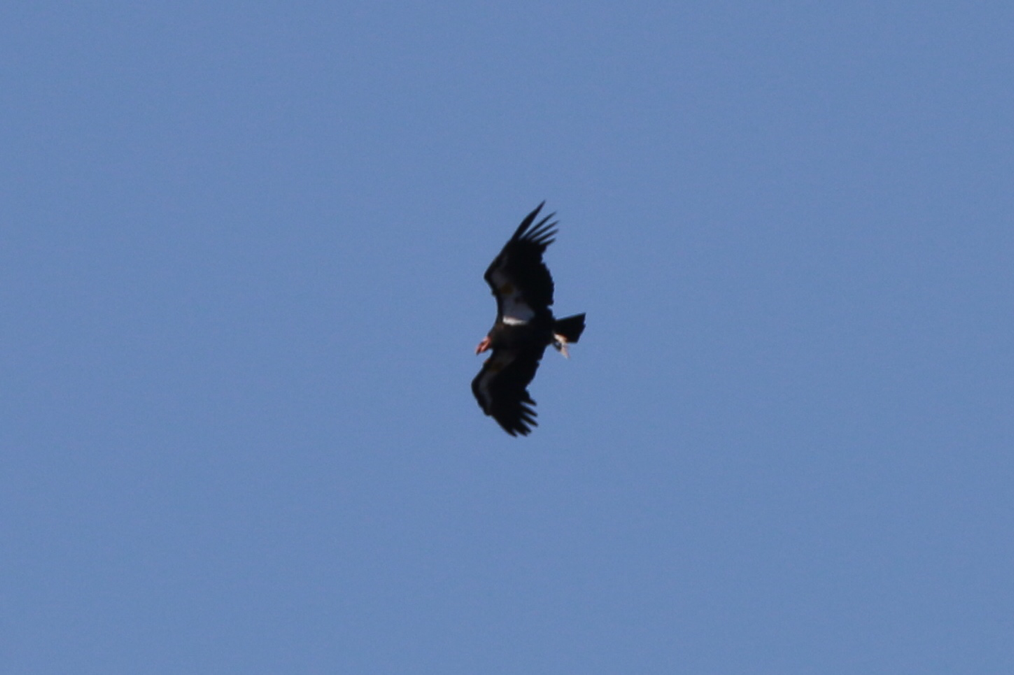 On the pelagic, we were fortunate to see 3 boobies: Masked, Blue-footed, and Brown.  None were Lifers for me, and thanks to another birder, I have a photo of a Blue-footed Booby: 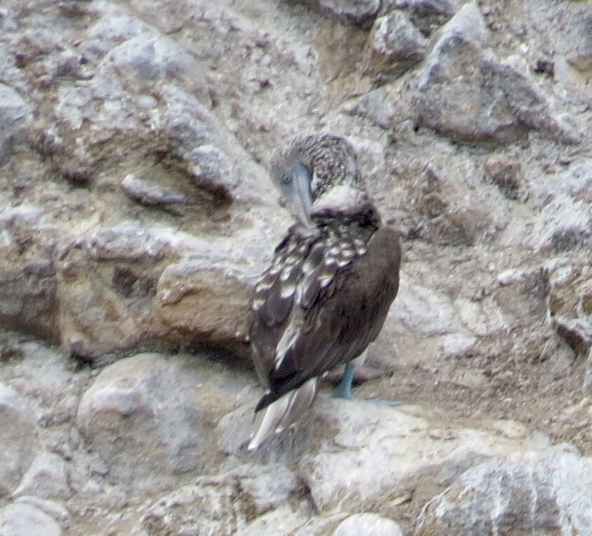 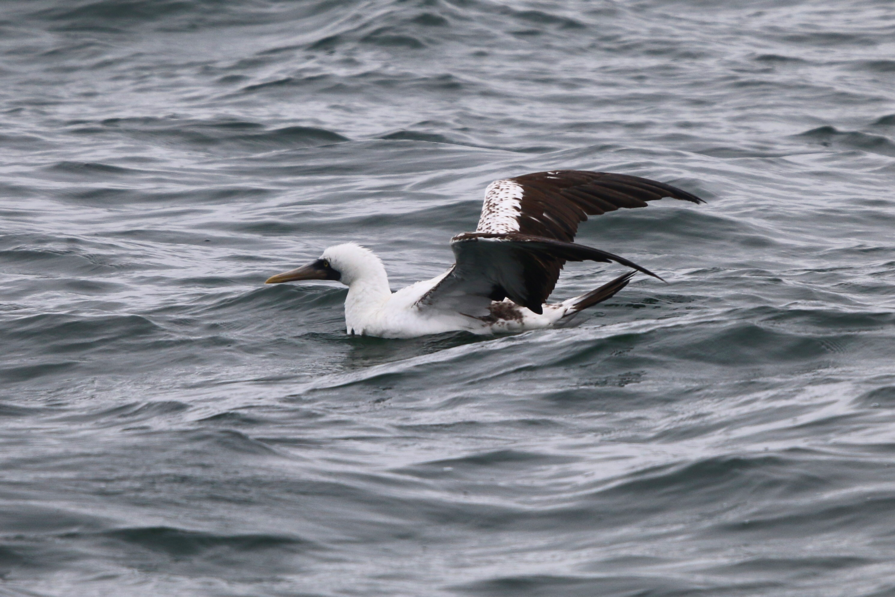 I also got photos of a Northern Fulmer and a few other cool pelagic birds along the way, including a Tufted Puffin... 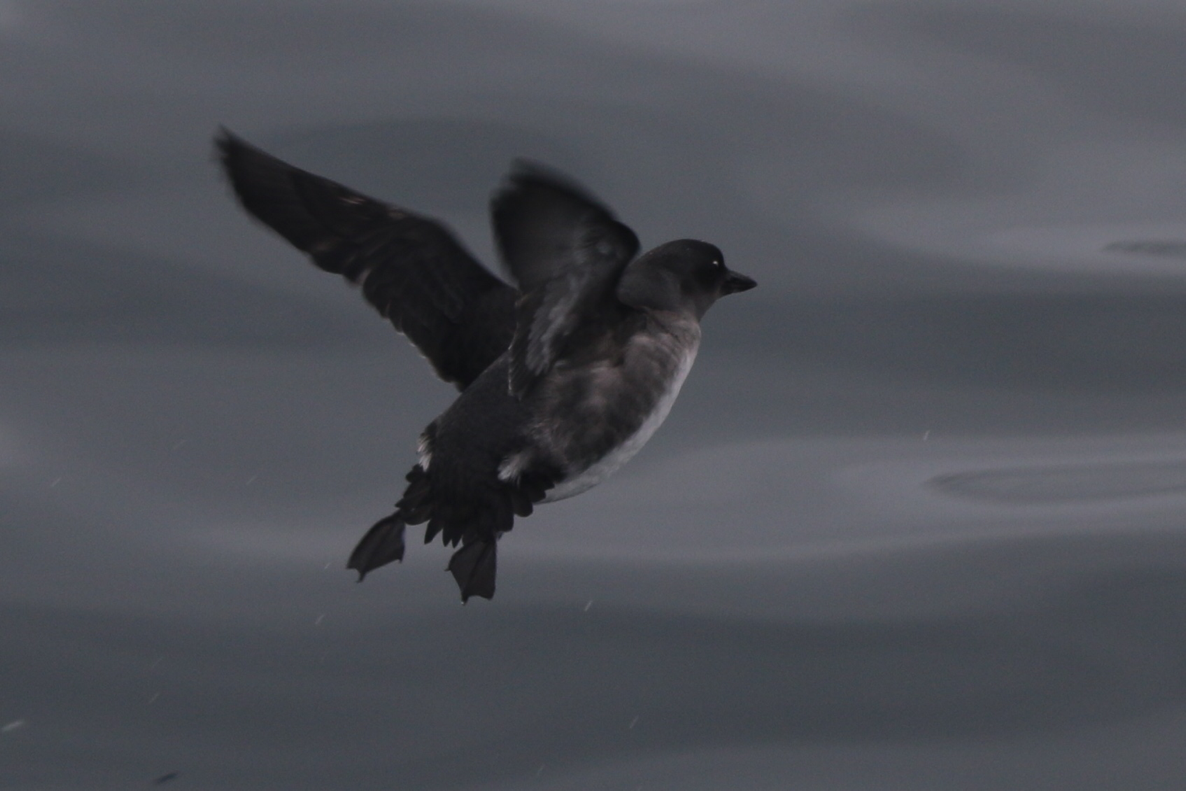 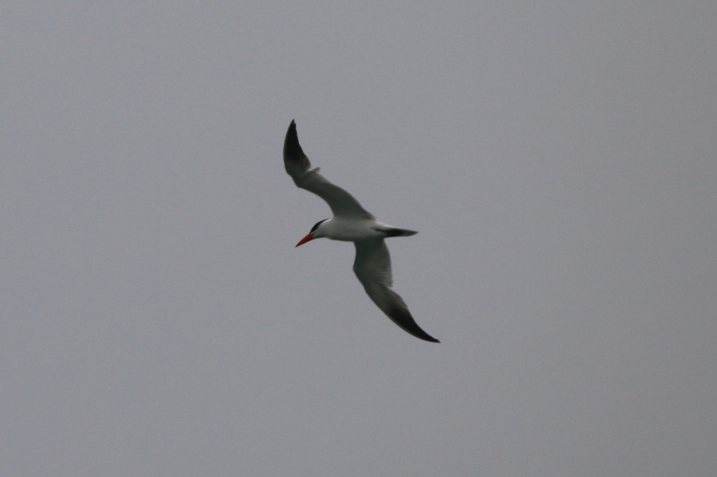 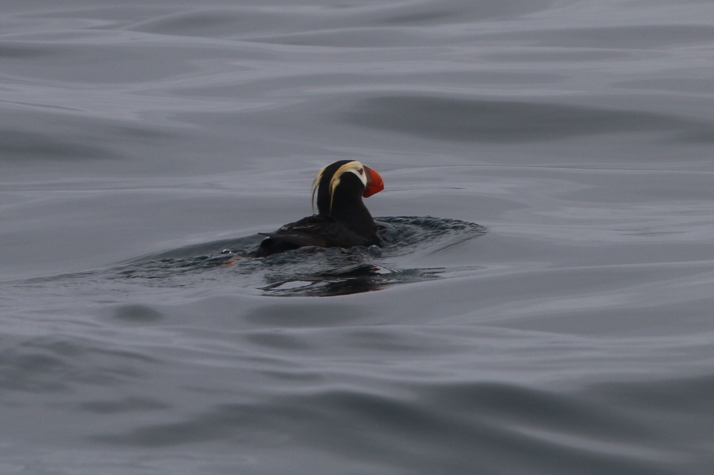 Back on dry land, after a failed attempt at a Little Stint at the Don Edwards San Francisco Bay Wildlife Refuge, below:

It was off to my final attempt at a Lifer, a Red-necked Stint at the Elsie Roemer Bird Sanctuary: (ABA 665) 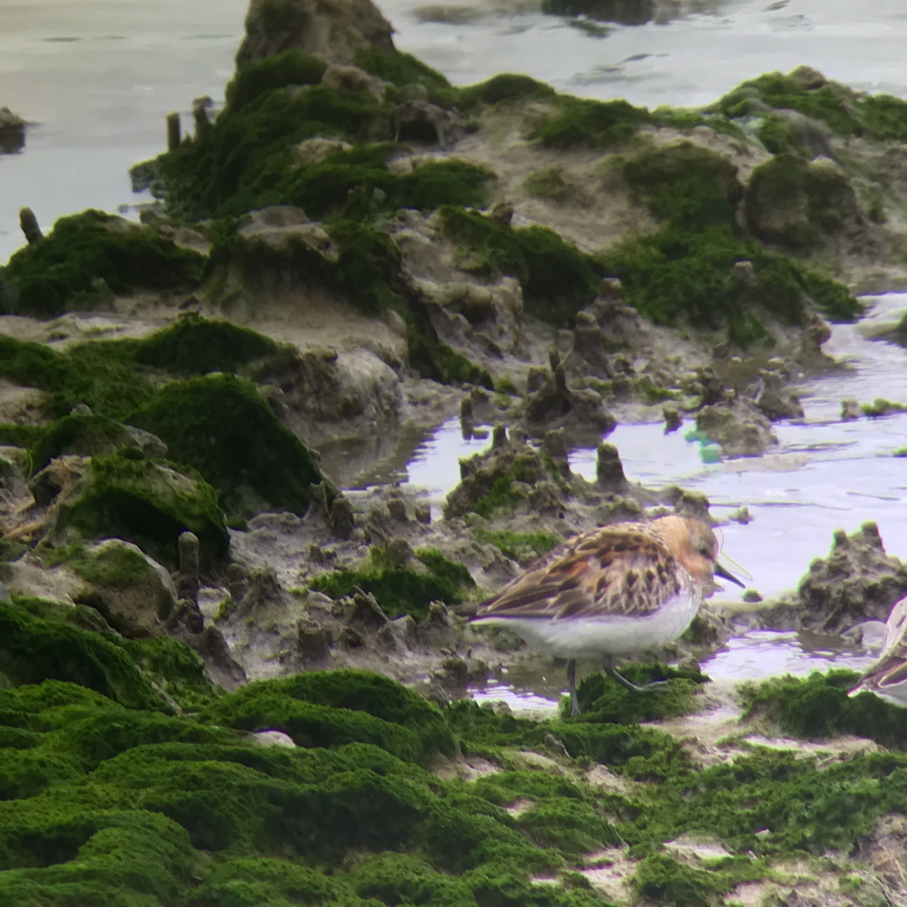 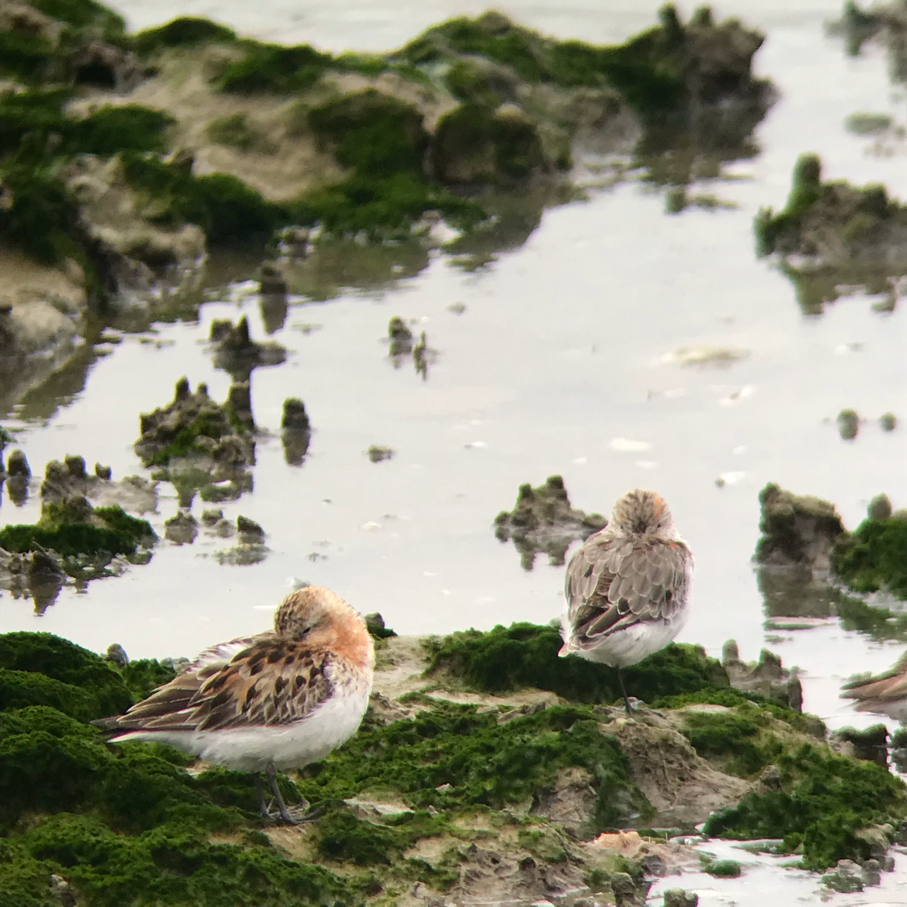 Back home in Toronto, we were treated to one of the rarest birds of all, especially for Ontario, a Fork-tailed Flycatcher at Tommy Thompson Park, home of a number of rarities the past year or so, (Ontario 315): 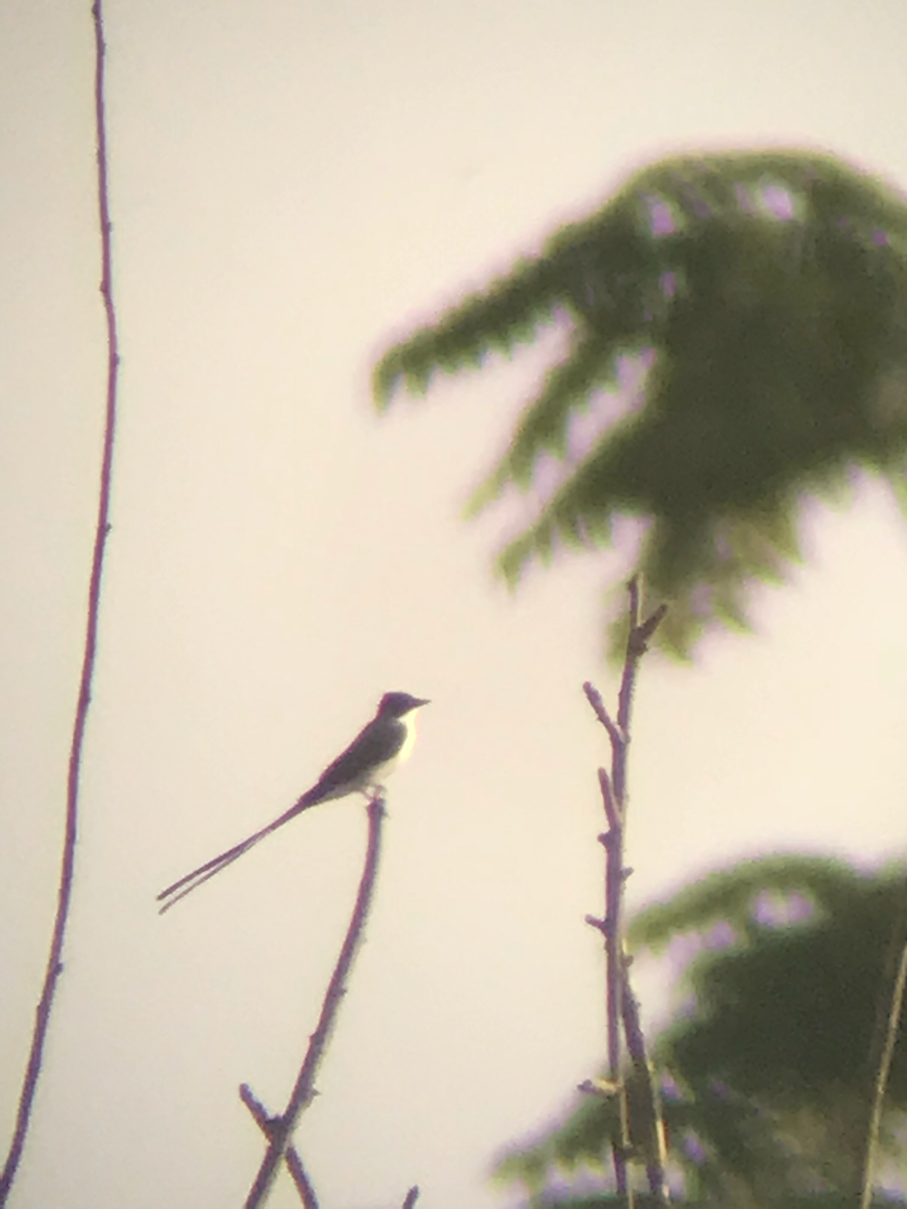