After a month in Florida, it was time to come back to the chill of Ontario and oddly, the first bird I recorded prior to heading back to Florida, was a wayward Neotropic Cormorant at the Tollgate Ponds in Burlington.  A few set down for a spell in Ontario during migration.  But it was a new bird for my Ontario List, which now stands at 297.
Two days later I was back in Florida,(sounds like someone doing a Big Year, but alas no), where a Wilson's Plover greeted me at Fort De Soto in St Pete. 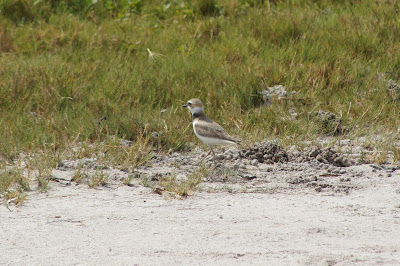 Next on the trail of Red-whiskered Bulbuls.  I had searched for and missed them in 2012, but in 2013 went on a Florida Exotics guided tour with Miami Audubon and after much searching, added them to the Life List.  This time, I was determined to drive the Kendall neighborhood on my own and find them for myself.  It actually took less than an hour, and no one accused me of spying, when I found not one, but four, flying from wires to trees and back. 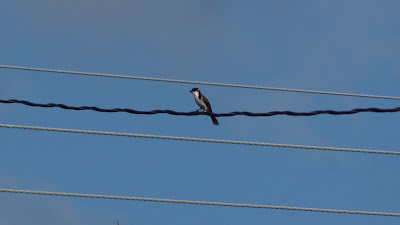 Later that day, in my tour of Miami Birding hot spots, I found my first Purple Swamphen, not at the Florida Mall.  This time it was in Wakohdahatchee Wetlands, an amazing place to bird.  Along with the Black-bellied Whistling Ducks, there are lots of new hatchlings, including Anhingas. 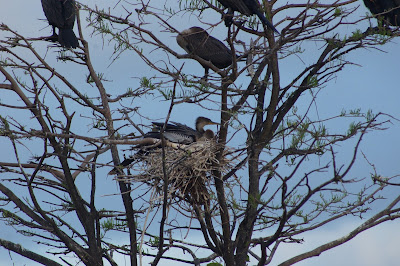 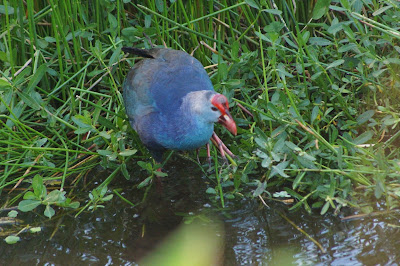 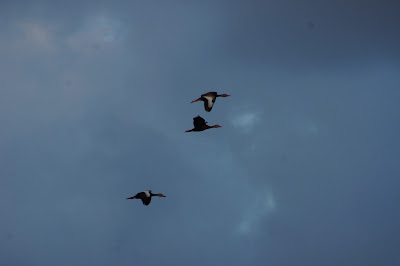 After a quick trip back to Toronto, birding in local hot spots, I was once again headed to Florida.  It was time for a rematch, a grudge match, even:  Me vs Seasickness on the Yankee Freedom to the Dry Tortugas...  I had been horribly seasick on that first trip, but now I was armed with a Scopolamine Patch and survived the trip, both ways with my lunch in my stomach and my dignity and sanity in hand.

And it was a day for Lifers, as well.  An Audubon's Shearwater on the way there and a Black Noddy seen from the old fort.  Birding the Tortugas and the fort is interesting.  It is a small space, relatively speaking, so if a rare bird is spotted it doesn't take very long for everyone to converge on the spot.  In this case, while many of us were looking at a Wood Thrush in the brush, someone up top had spotted the Noddy and we all, at various speeds, converged on the mid-level of the fort and got a great look at this often tough bird to see amongst the hundreds of Brown Noddys and Sooty Terns.  Other good birds were the Masked Boobys on Hospital Key, a Connecticut Warbler as I entered Ford Jefferson and a Black-whiskered Vireo. 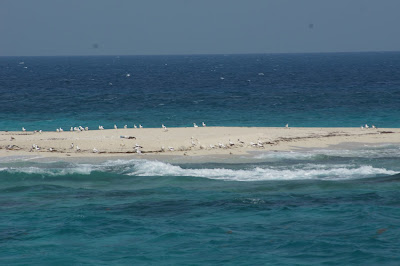 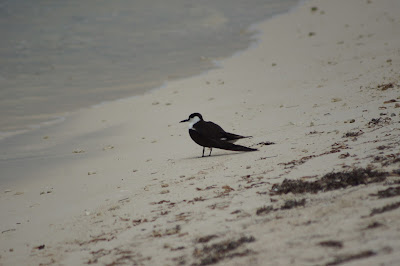 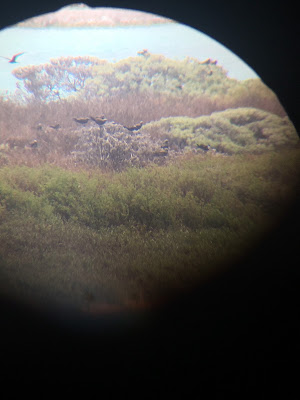