I’m Just Here for the Lifers

A trip to Florida, even for work, is always welcome.  Even more welcome when I have a few extra days to find a few Life Birds.  I had two main targets, a Mangrove Cuckoo and a Roseate Tern.  Both of these birds I could have seen, even as far back as my Big Year in 2012.  Over many trips to south Florida I have been unable to see or hear the elusive Mangrove Cuckoo, and only just discovered an easy location for the Roseate Tern.  Both of these species exist in small numbers and only are found in very specific locations.  I also had one other bird on my list, the Rose-ringed Parakeet, which I saw in March, but was unable to photograph well.

So, after I finished my work duties in Dunedin, I drove south.  First stop, Naples.  Using e-Bird I discovered a neighborhood where I hoped to find one or two to photograph at dusk.  I drove around the neighborhood for a few minutes before I began hearing the familiar squawk of the Rose-ringed Parakeets.  A few landed for me and though the light wasn’t great, I managed to get a few photos of these lovely birds.  Outside of Hawaii, only small pockets of these birds exist and only in a few neighborhoods in and around Naples, Florida. 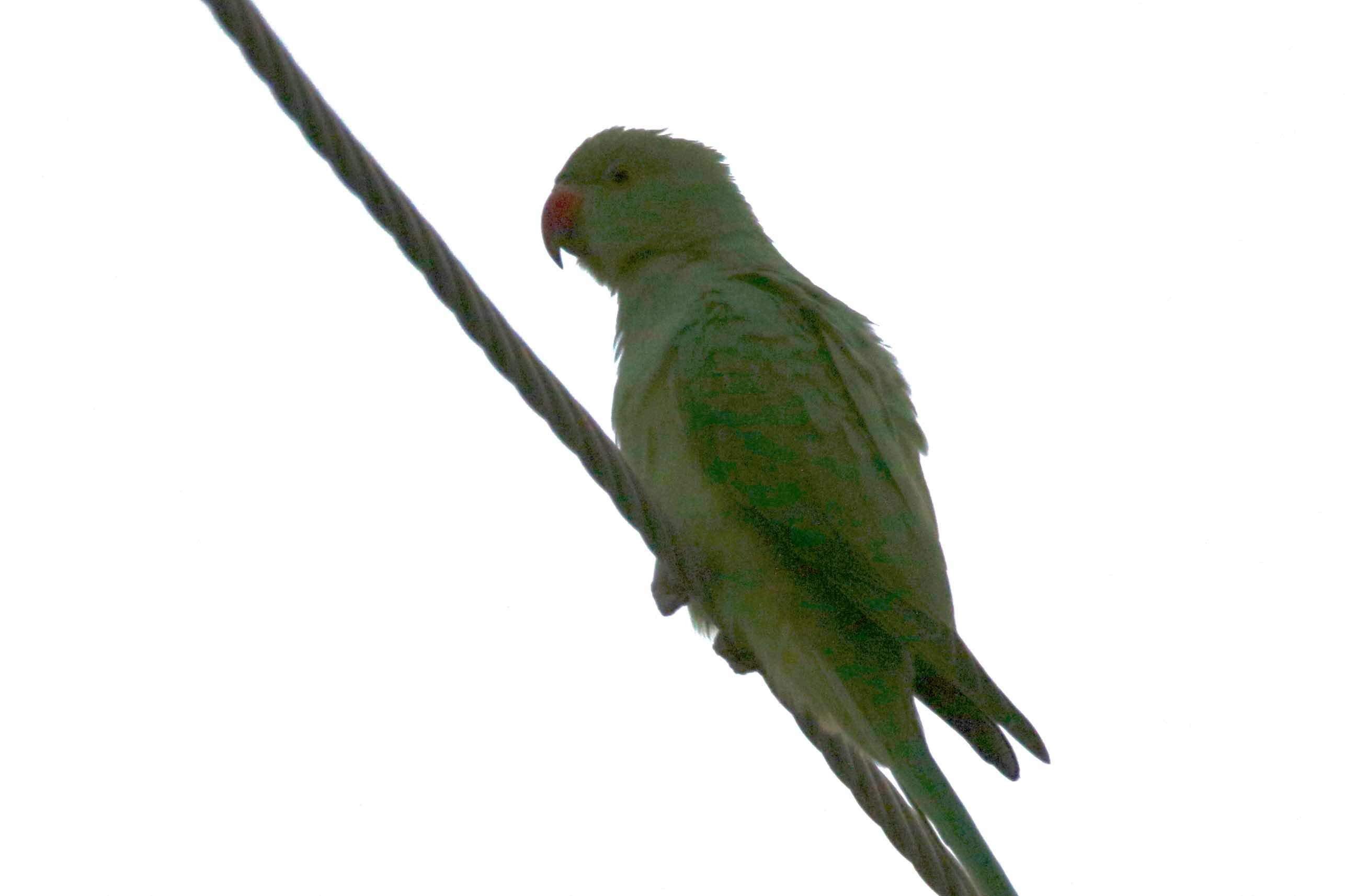 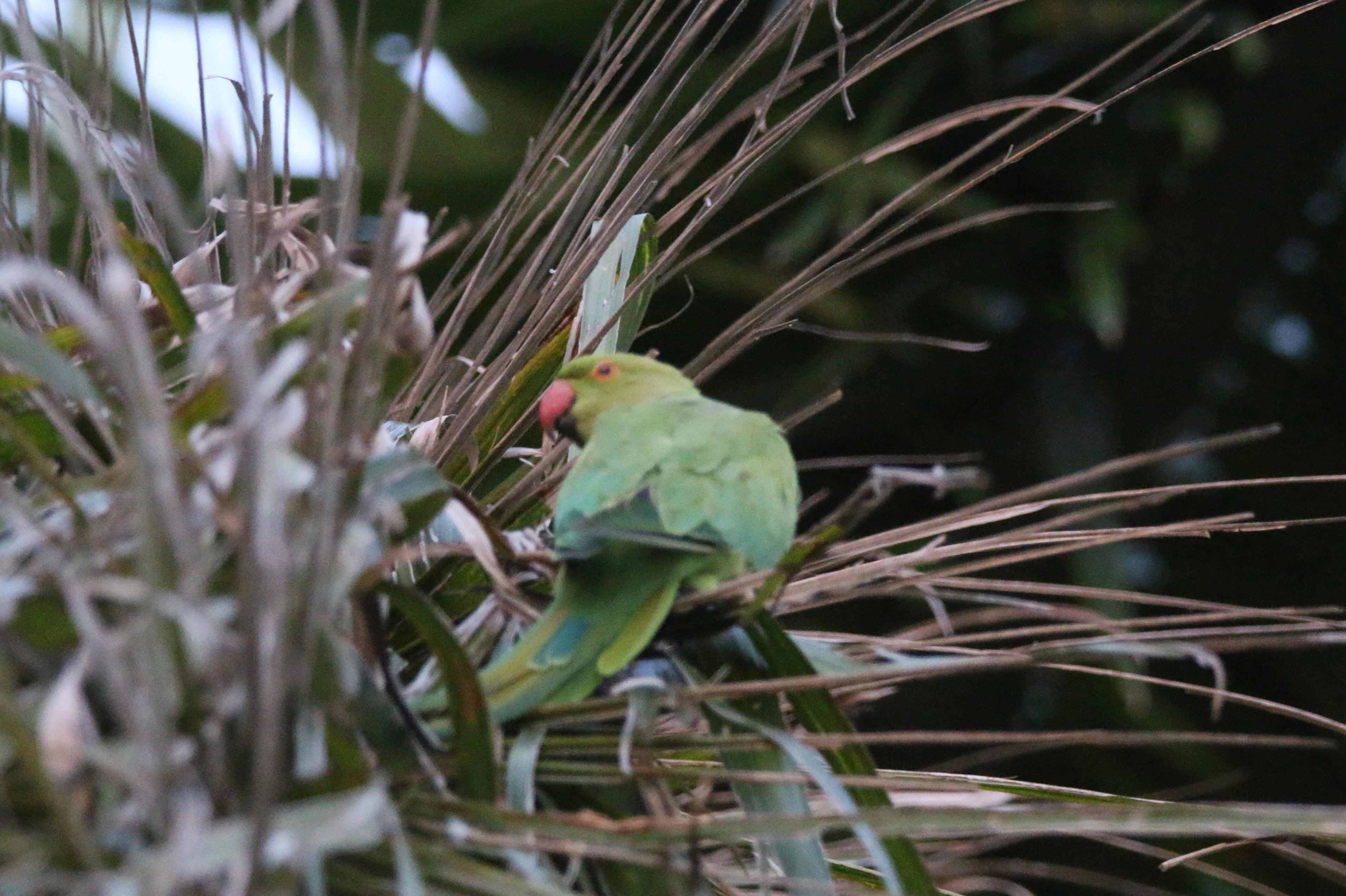 The next morning I headed over to Miami and Black Point Marina Park.  It is here that, if you’re ever so lucky, you can hear and maybe even see the resident Mangrove Cuckoo.  On two previous occasions I did neither and now I was back for a rematch, as the bird had been seen just days prior to my visit.  Over the two hours or so that I hung out in the area the bird likes to hide in, I did not even get a glimpse of it, but finally, I did hear its distinctive call twice, enough to finally count it on my ABA Life List, as number 673.

Next, it was on to the Marathon, in the Florida Keys.  Back in 2012, I had searched in vain to roofs above the courthouse and other old buildings in Key West for Roseate Terns.  It was only in the last couple of years that I discovered that they nest in Marathon and are easy to get at the Municipal Buildings.  I learned about this too late in 2016 to go and 2017 was a washout due to my back surgery.  So, I drove the 3 hours south along the Overseas Highway and made it by mid-afternoon in the sweltering heat of a typical summer day in the Keys.  I wasn’t there two minutes before I was hearing the terns calling and over the next hour or so I watched several of them fly over, many with food in their beaks, likely feeding whatever young were still in the nests.  Oh, and Lifer 674, the second of the day and my third Lifer of the year, all in Florida.  That brings my total Life List to 1013. 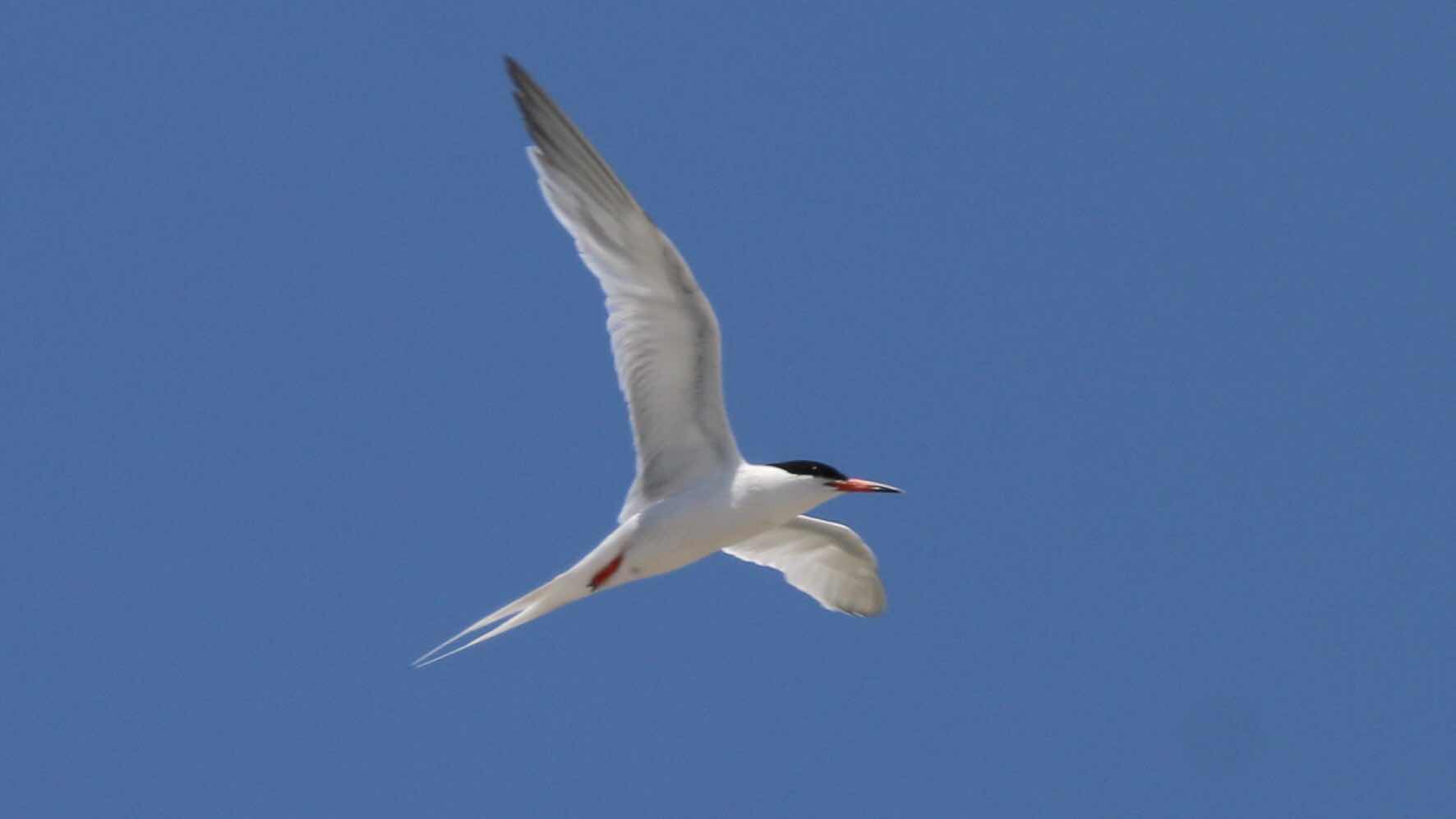 I also made stops at Corkscrew Swamp Audubon Sanctuary and Oscar Scherer State Park, where it was too late in the afternoon to spot Florida Scrub Jays. Also saw a wide variety of butterflies, which is always a good thing on days where the birds are staying hidden. 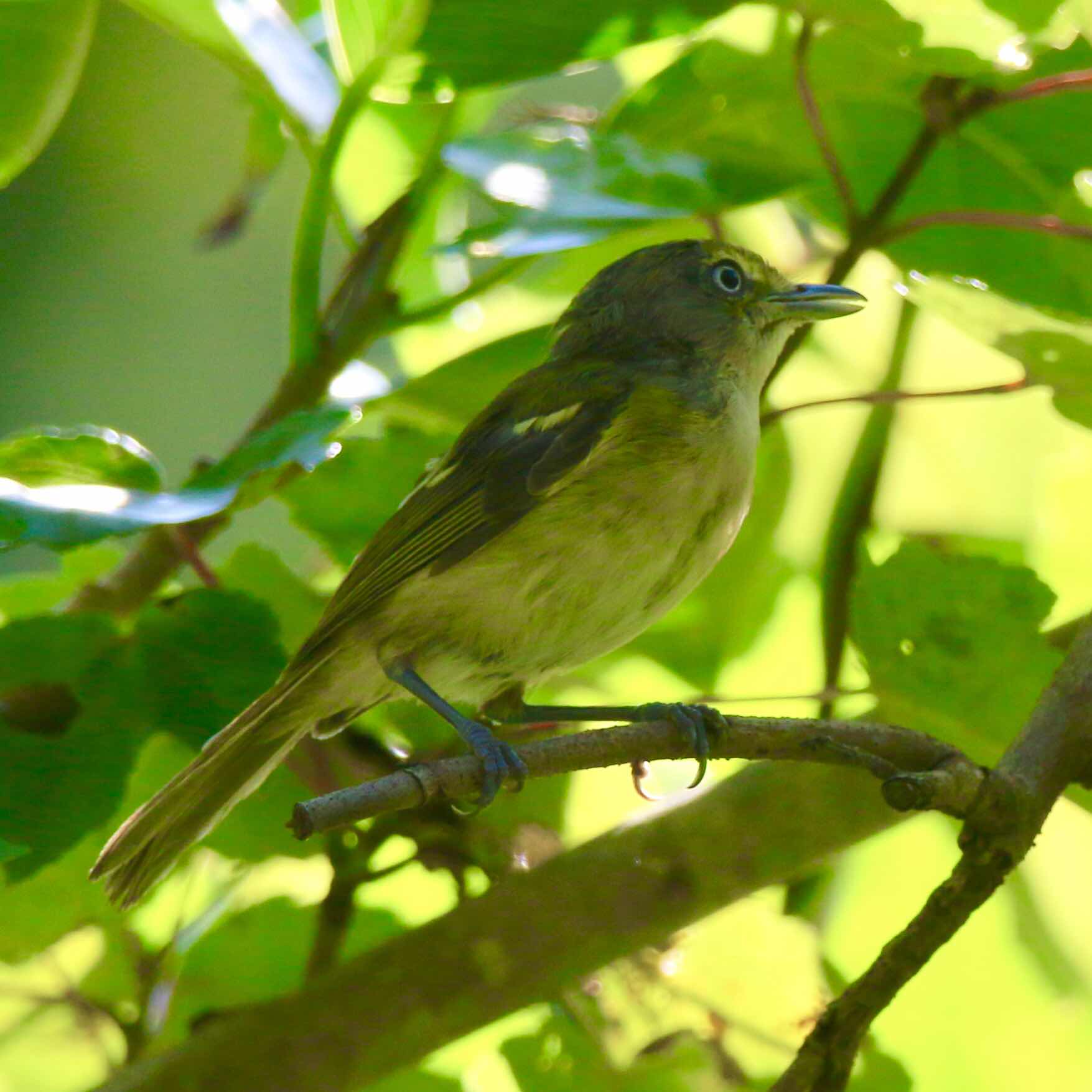 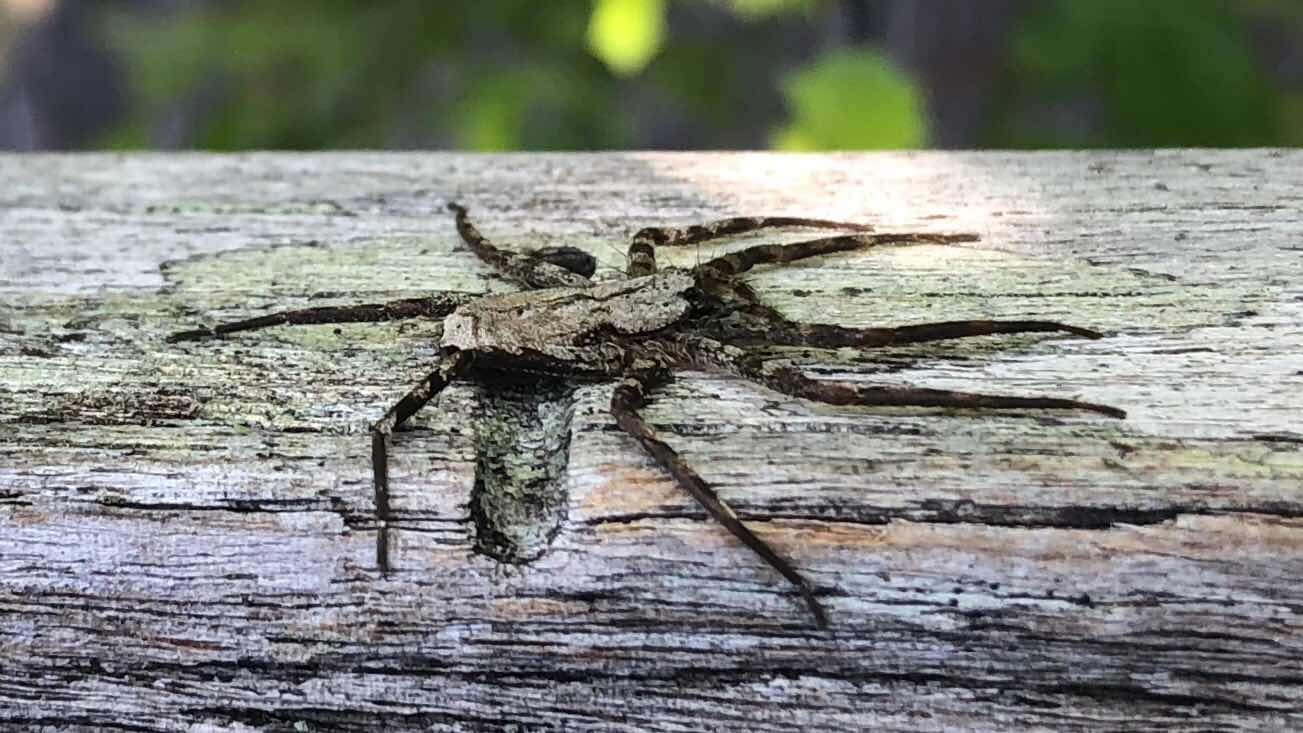 And some of the aforementioned butterflies, none of which I can identify: 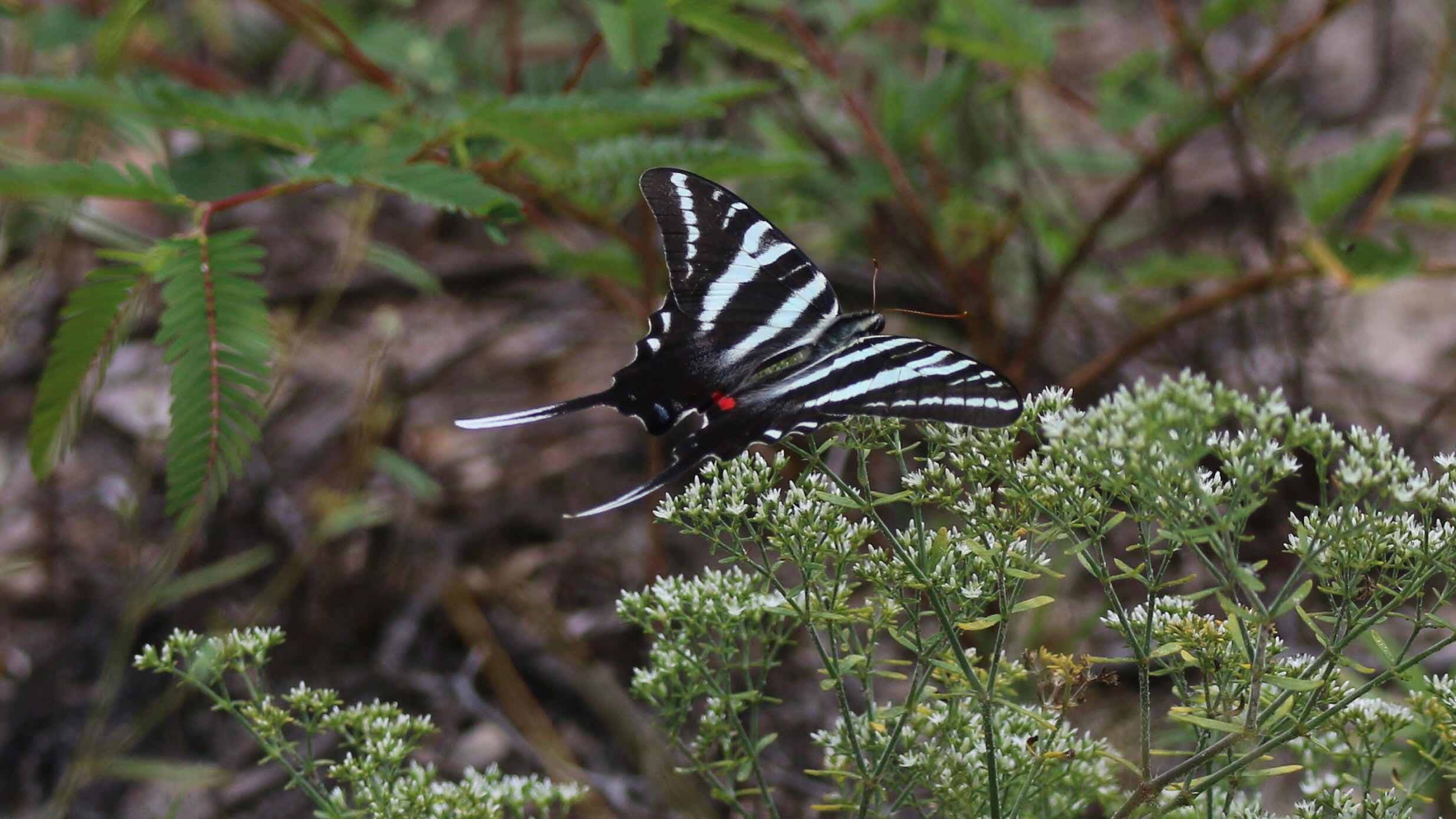 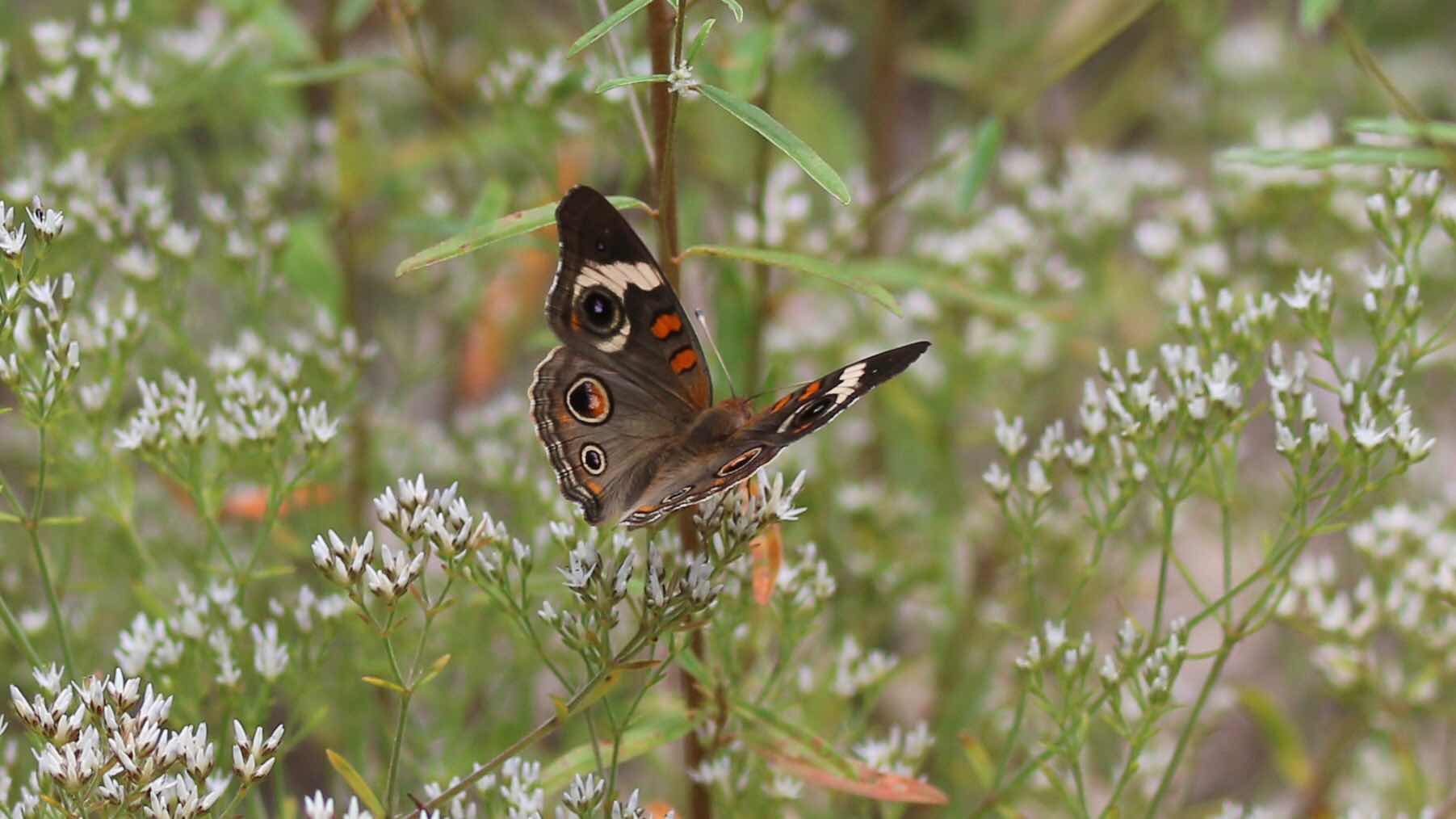 I finally hit the road.  I had both physical and mental health issues early in April when Iwas supposed to travel for work to Michigan and New Hampshire, but I was finally able to go birding outside Ontario for the first time since returning from Florida.  The best part was, when I arrived in Michigan, I read on eBird that a Whooping Crane was spotted only half an hour from where I was staying and I headed straight there before even checking into my hotel.
I got to Losco Rd in Webbersville Michigan early on the morning of June 21, only to find lots of empty farmer’s fields, filled with tall, yellow grass, a small number of Sandhill Cranes, but no Whooping Crane.  I was fortunate to meet a couple of locals who gave me advice on where the Whooping Crane had been seen over the previous 24 hours, and over the course of the morning searched many fields without success.  Later in the morning other birders showed up and as we were chatting, looking into the field where the Sandhill Cranes were hanging out, the Whooping Crane flew in from parts unknown, and landed about 400 yards away.  There are never any guarantees when you chase rare birds so it was exciting to see it fly in with other birders around.  A couple who had come and left earlier, also returned and got to see the bird. 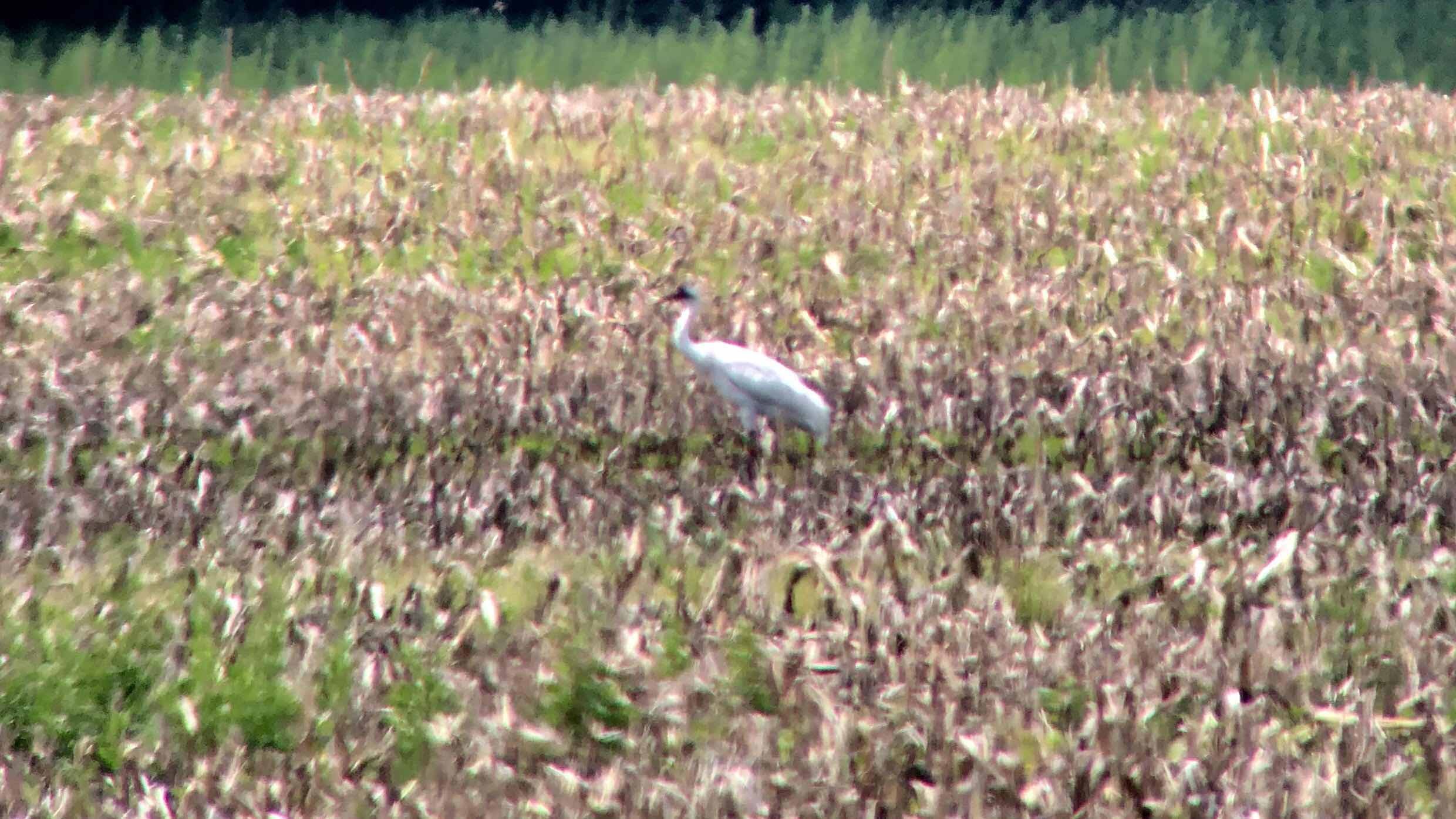 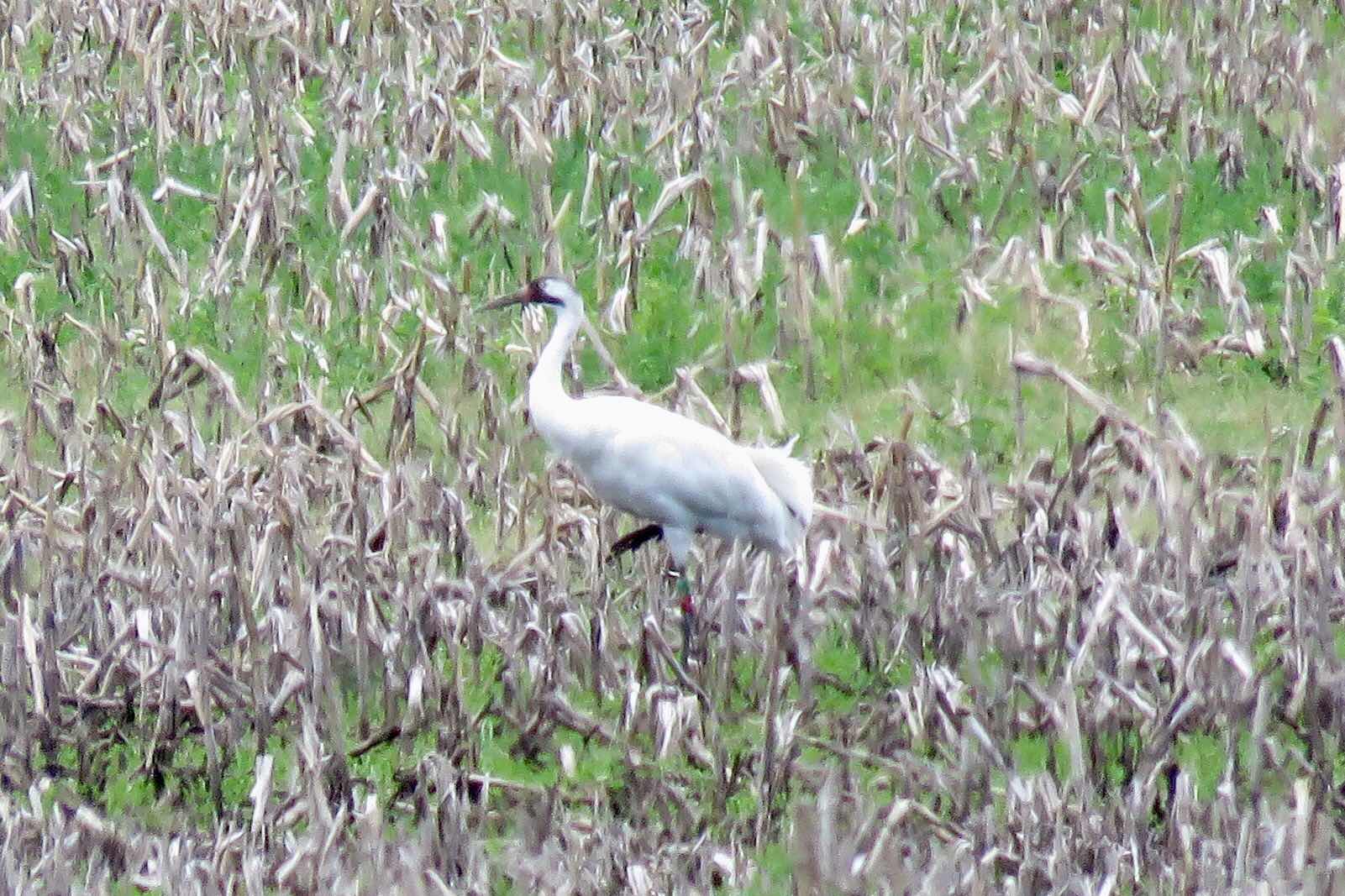 The other cool bird I saw while on the trip were Dickcissels. I saw them reported on eBird and went to the MSU Inland Lakes Research and Study Area to investigate.  I got luck in that it is a restricted access area, but the woman who has the key was there and, along with the couple she was escorting, guided me to the spot where the Dickcissels were nesting and we got great, close-up views. 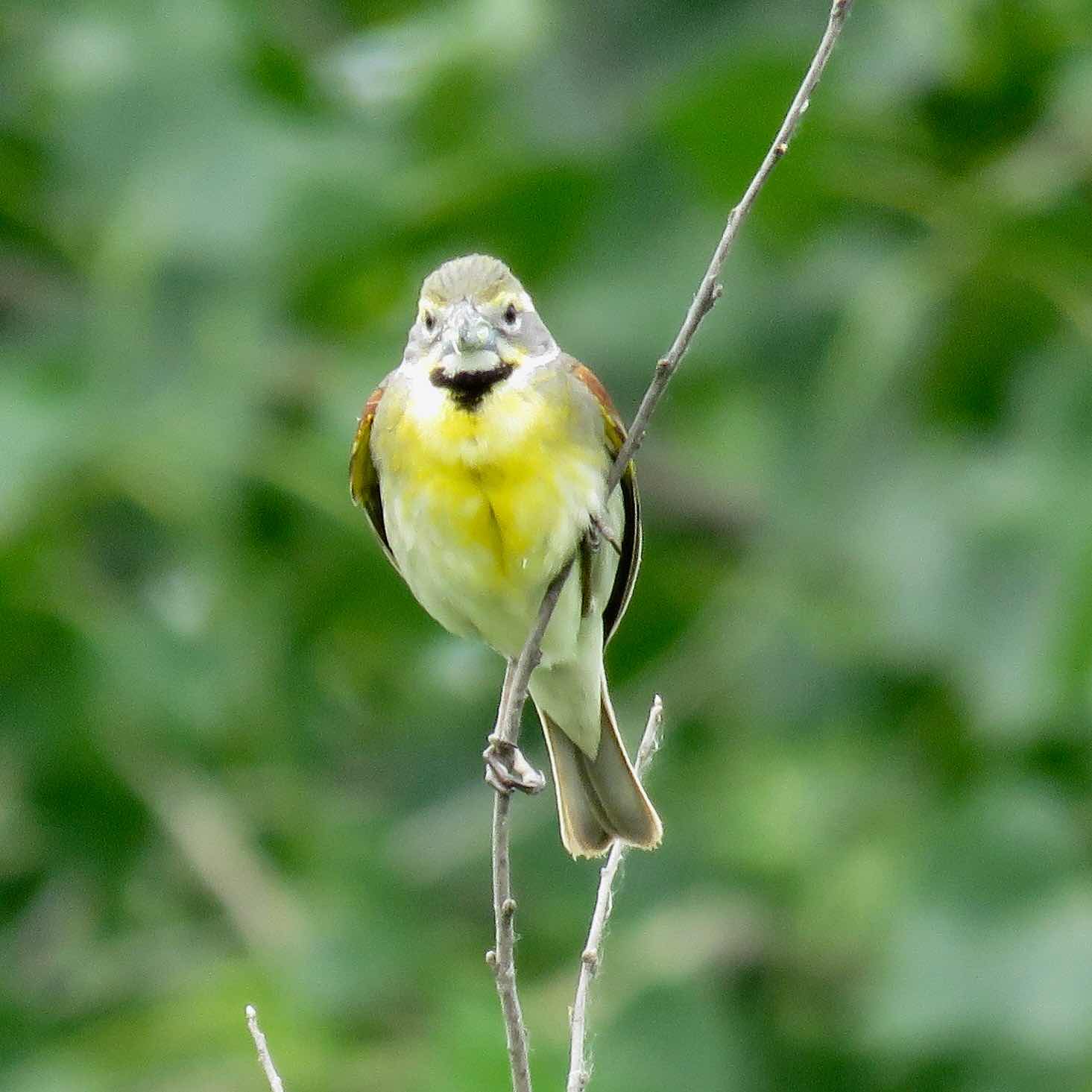 I finished the trip in New Hampshire where I visited a nice variety of birding locals, with names like Horse Hill Nature Preserve, Wildcat Falls Conservation Area and Ponemah Bog Wildlife Sanctuary.  Saw some lovely birds, nothing rare, but the scenery was the star at those stops. 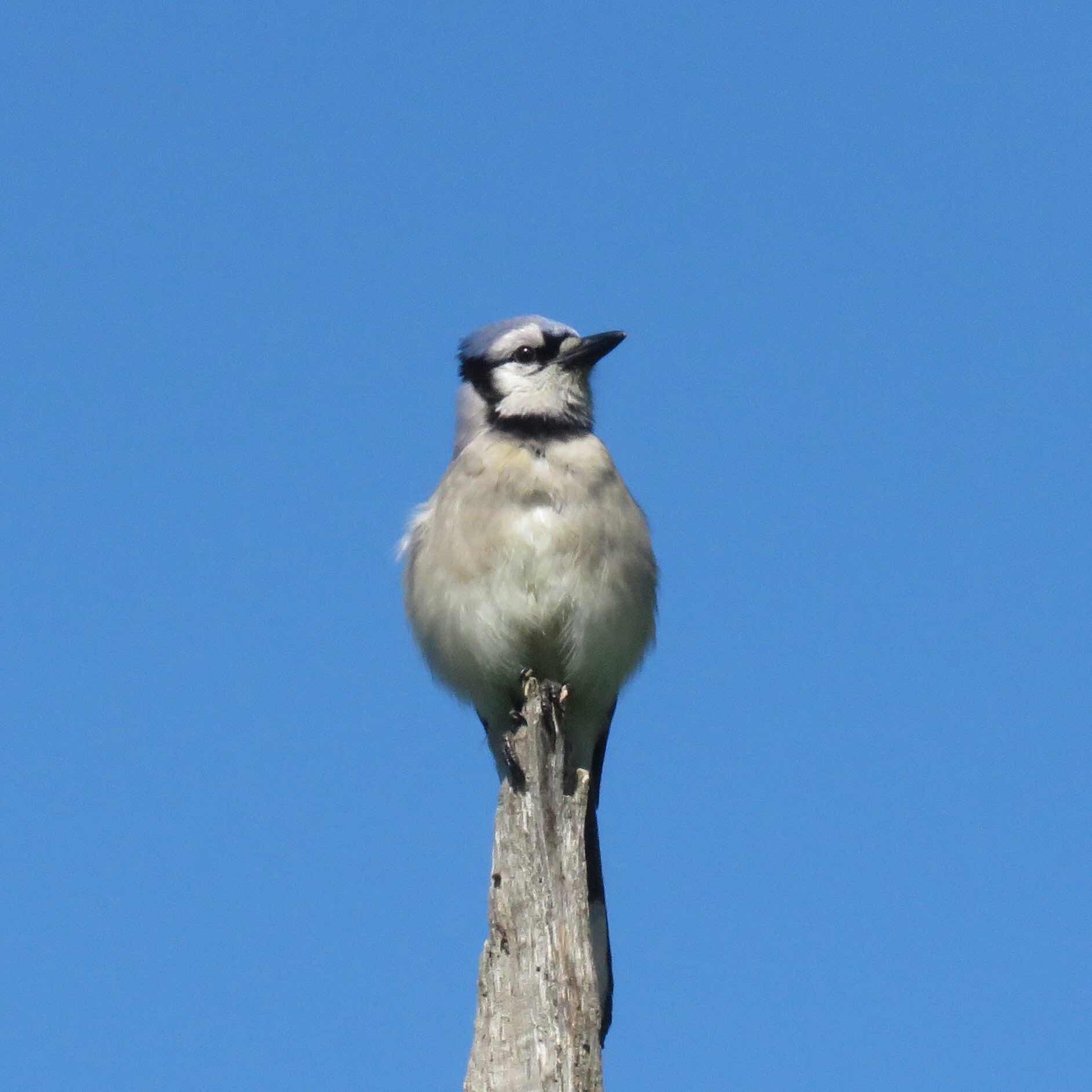 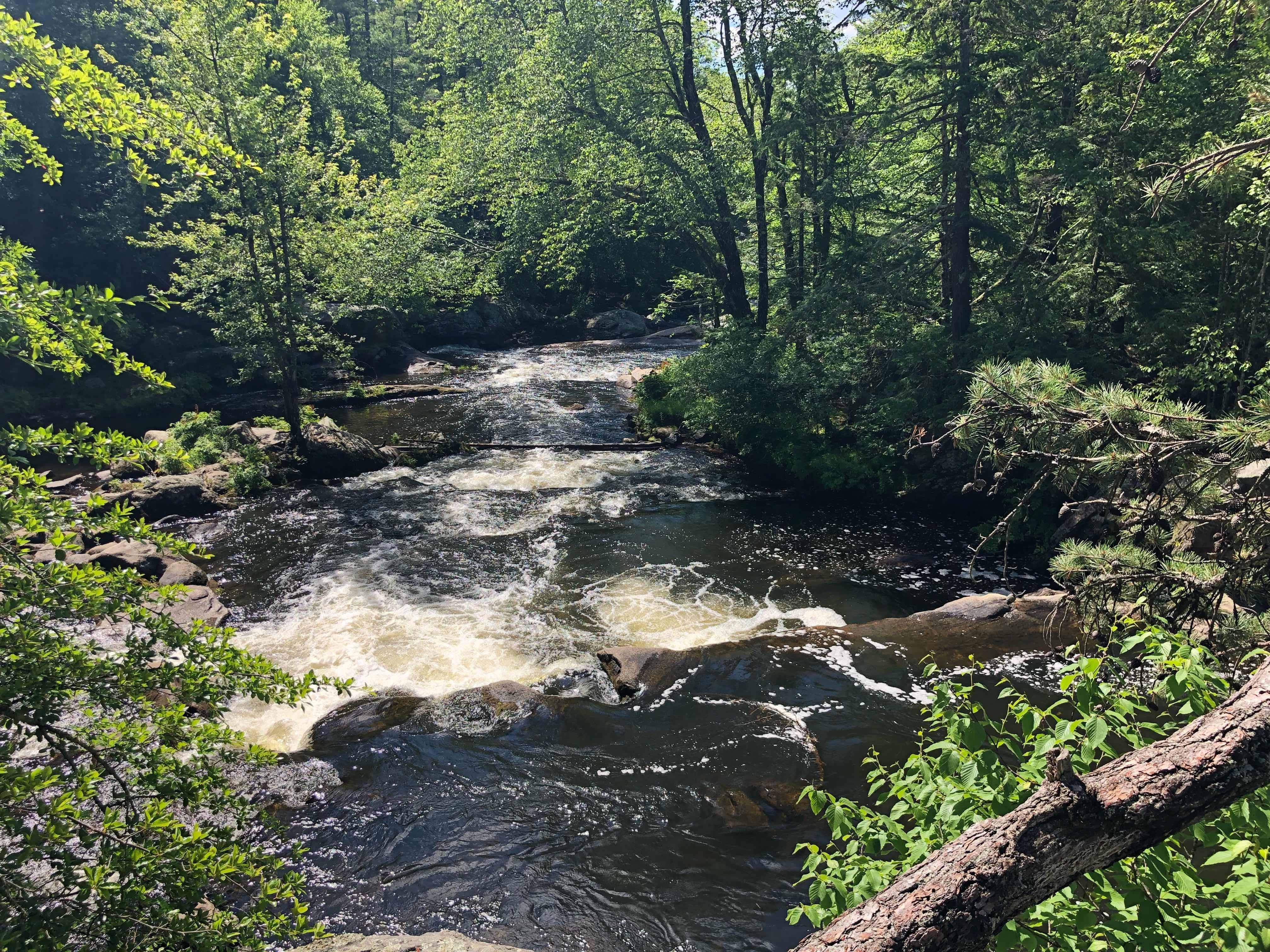 Back home there was other wildlife to photograph, including a Double-crested Cormornant, Eastern Kingbird, Emma and Zoe: 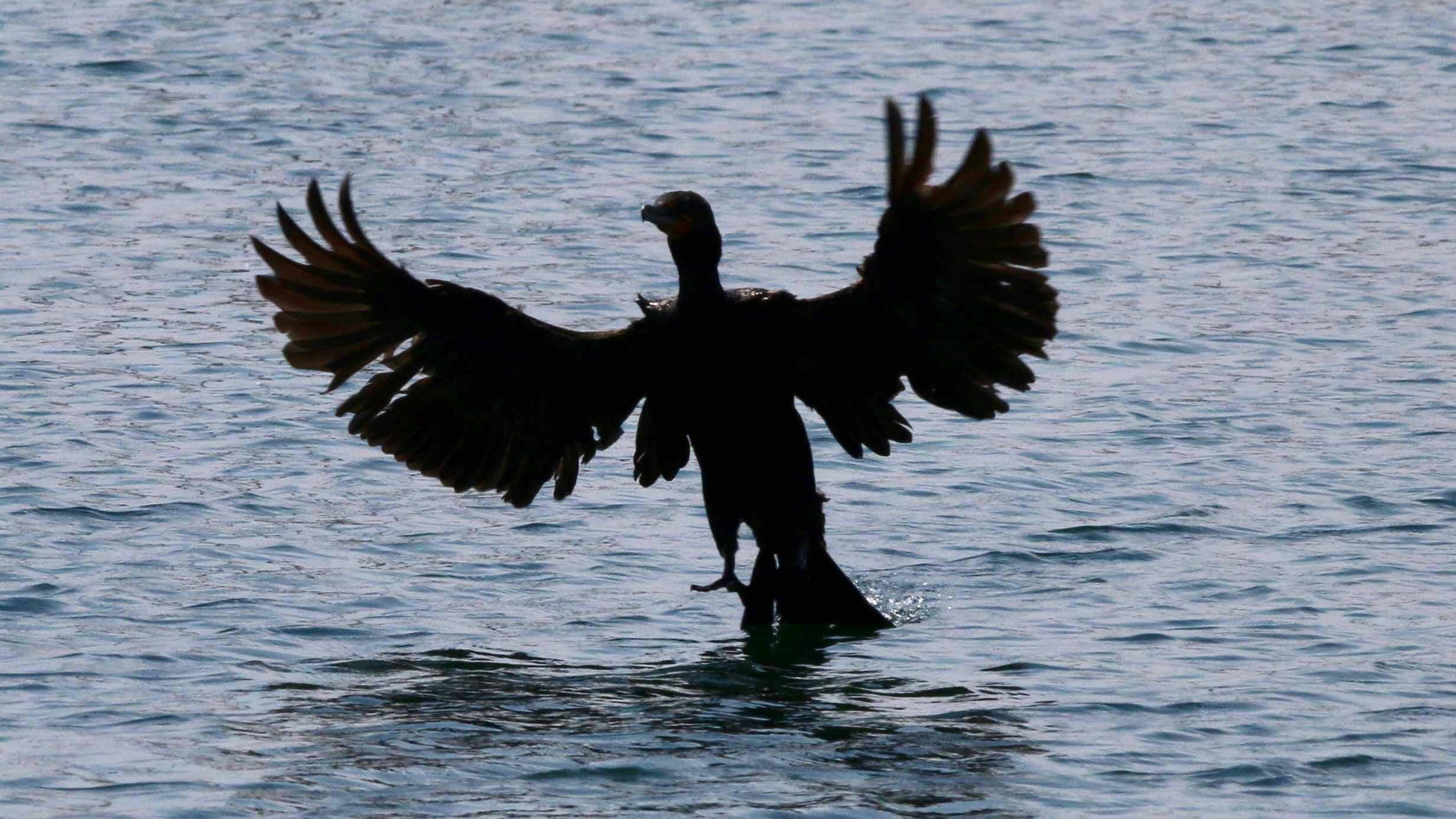 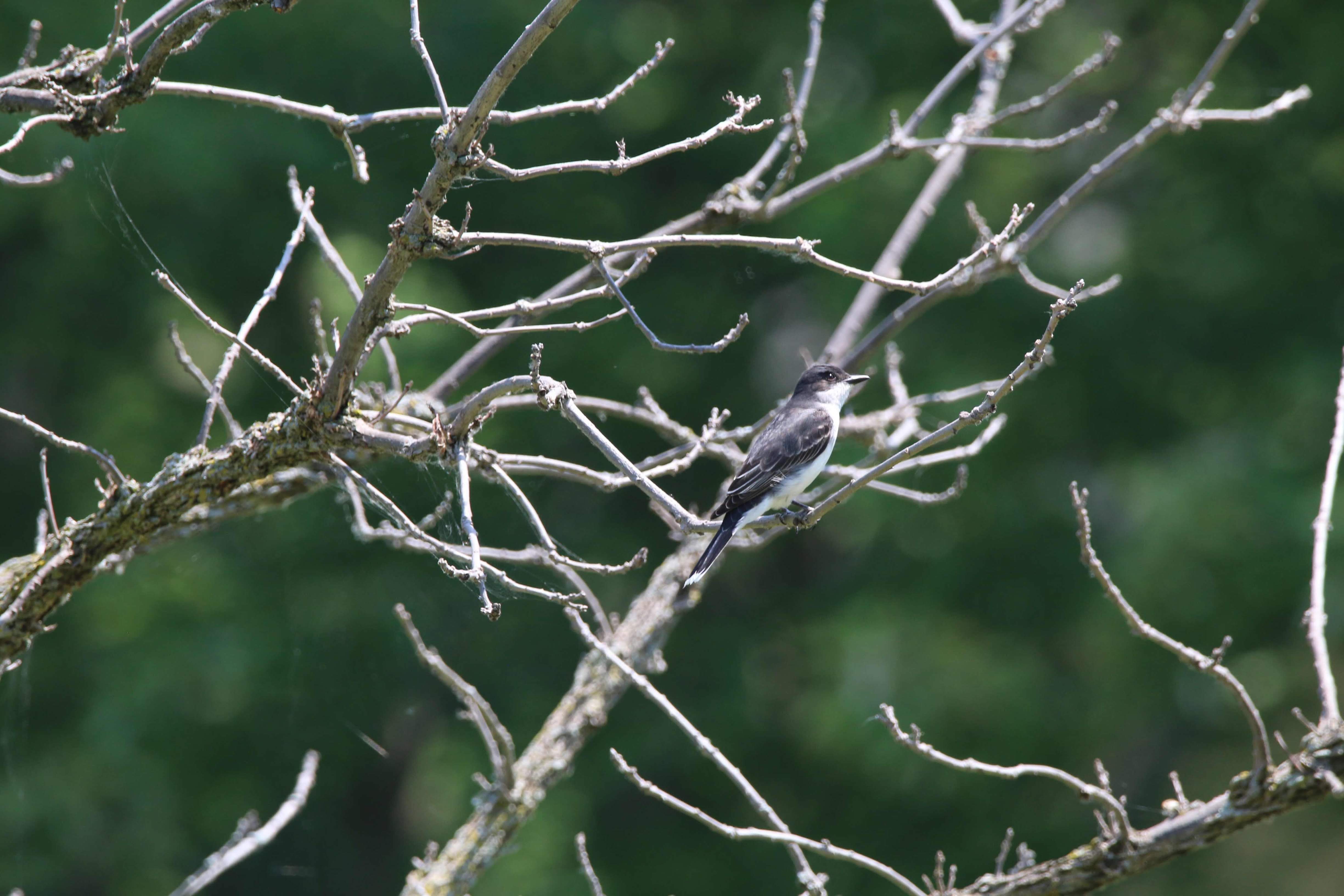 Queen of the Castle, Emma: 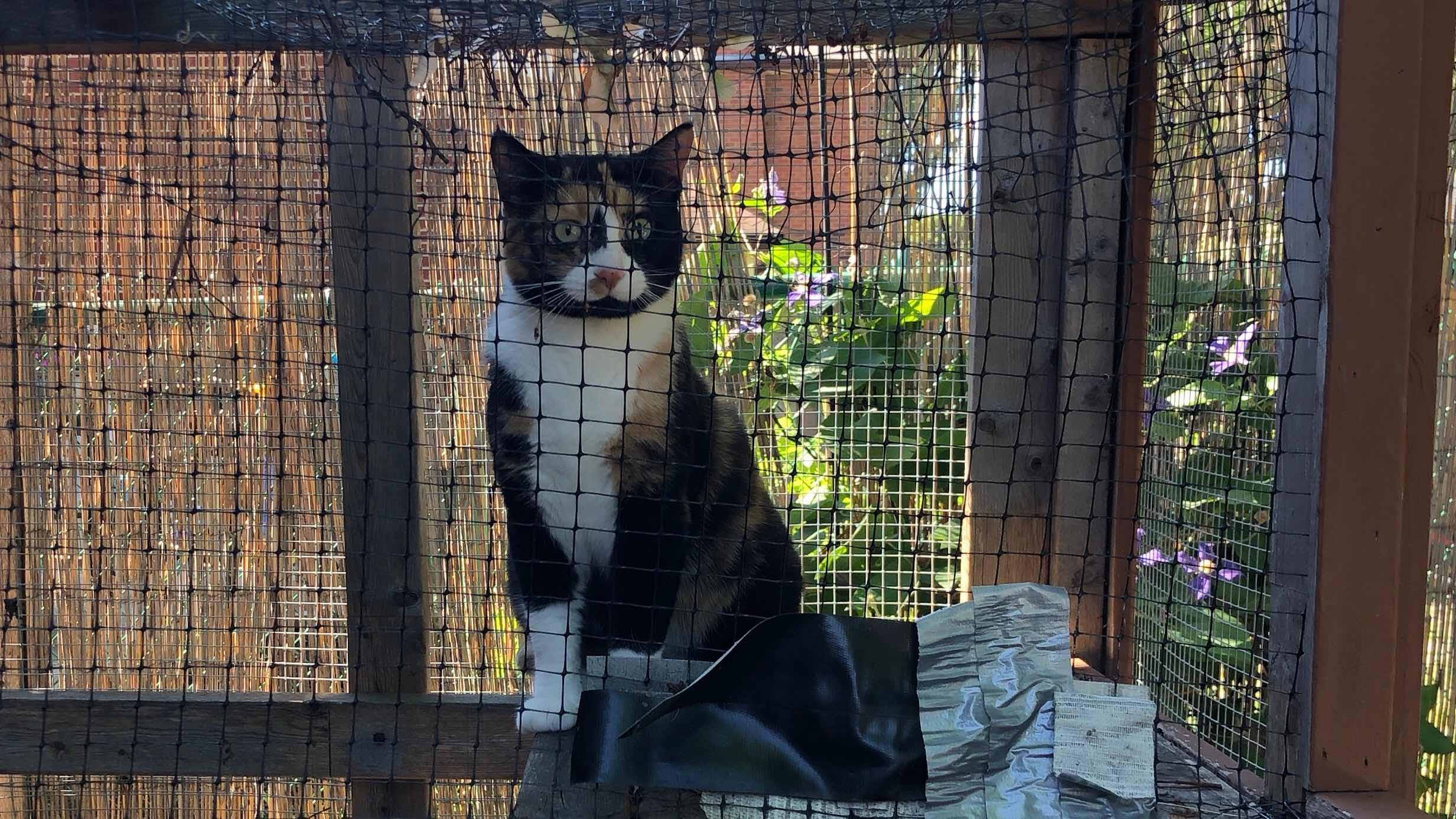