Last year in south Florida I was fortunate enough to be in the right place at the right time for the Code 5 Zenaida Dove, an ABA Lifer and also have my second look at at female Black-faced Grassquit.  But I also experienced the frustration of not finding a Smooth-billed Ani, on about half a dozen attempts.  I also missed both male and female Wesetern Spindalis, though the spindalis would not be an ABA lifer and I have seen Smooth-billed Ani outside of the ABA Area in Costa Rica, 2014.

Last week was a different story.  I had time to scoot down the east coast from the Viera Wetlands to South Beach and pick up a trio of rare birds:
Smooth-billed Ani, Western Spindalis and a Bananaquit.  The ani and Bananauit were ABA Lifers numbers 657 and 658.  The first day I stopped in Viera Wetlands, a short drive from Merritt Island and Cocoa Beach.  This was the easiest bird of the trio as it was hanging out near a brush pile on the entrance road, and was a 30 second walk from the parking lot, even though a number of birders just parked on the road.  However, the bird didn't seem to mind and posed for lots of photos, but objected to one photographer,(no binoculars, so not a birder), who actually walked into the grass and tried to get within a few feet of the ani, which, of course, flushed it from the brush pile for a while. 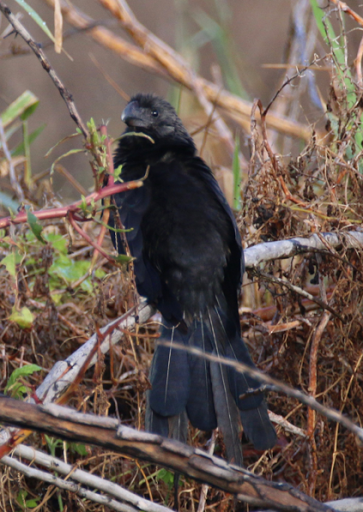 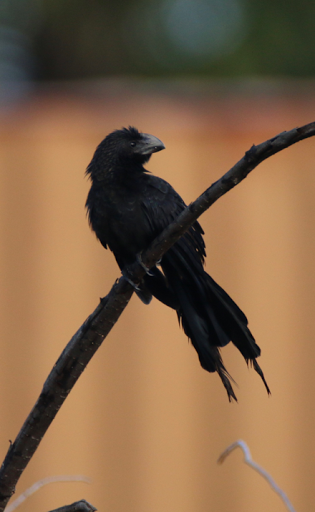 Next stop was Crandon Park in South Beach, a few miles north of Bill Baggs Cape Florida State Park.  It was at Bill Baggs late in 2016 where I spent a couple of hours along the bird trail, getting rained on and not finding a Western Spindalis.  I have seen the bird down in Key West, during my 2012 Big Year but wanted it for both my Bird and Blue Jays Big Year List and for the photograph I failed to get back in 2012.  This time around it had been seen frequently, likely the same bird from Bill Baggs, in the trees around the south parking lot.  My late afternoon visit failed to turn up the bird, but I arrived early the next morning and found it and got my photo within an hour.  That left me time to go back to Richardson Historic Park and try for the Bananaquit. 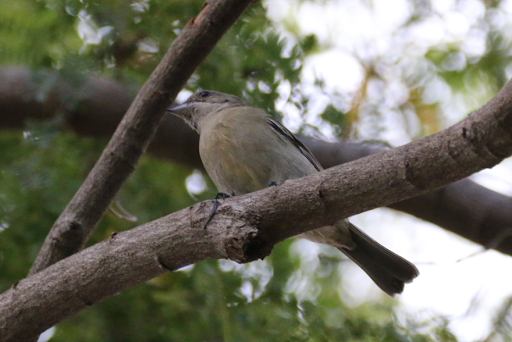 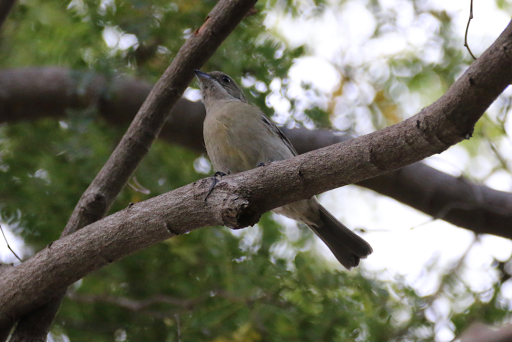 From South Beach I drove drivectly to Richardson Historic Park, where the previous evening I stayed until sunset without seeing the Bananaquit, but had heard it was more of an early bird, so arrived by 10:30am and within half an hour the half dozen or so of us were rewarded by wonderful and close views of the Bananaquit.  Even better looks here than I had back in Costa Rica in 2014. 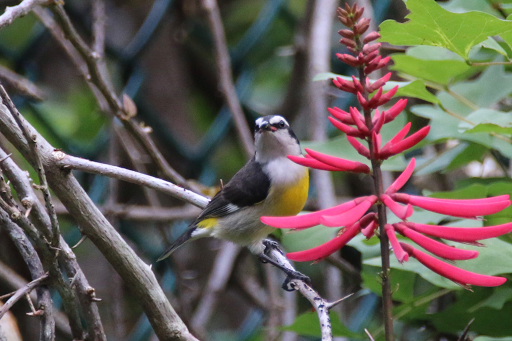 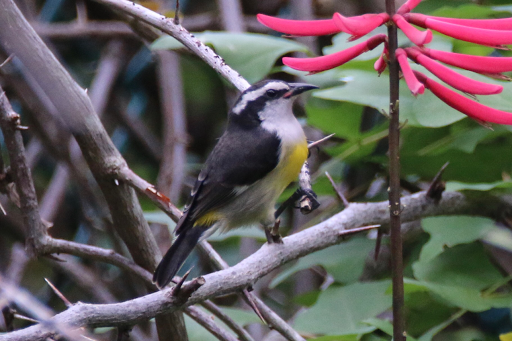 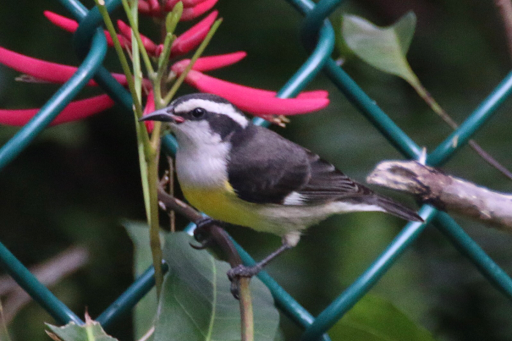 Now, where did I Leave Off?

So, I began writing my first Blog of 2016 before I new I was going to be travelling most of 2016 and started a new blog, birdsandbluejays.blogspot.com, and chronicled my 2016 year of travelling around most of the Lower 48, doing a different kind of Big Year.

So back to a slower birding pace.  In 2017 my goal is not to see hundreds of species.  Aside from submitting just one eBird List a day, as the folks ebird.com suggest,(there is a contest too), my two goals for this upcoming year are to take trips for Lifers only and try to get photographs of birds I've seen but failed to capture digitally, and get better photos of some of the birds that have eluded good focus or composition along the way.