So, once a year I head out to British Columbia, and usually tour around Vancouver, Victoria and often up to Squamish.  I then follow-up that trip with a work voyage to Bluefield West Virginia.  This year, however I decided to take a little time to go into the interior, north east of Vancouver, up to Kamloops, 100 Mile and make my way up to Sun Peaks and explore more of West Virginia and North Carolina than I had in the past.  I had hoped the birding would be great but it was mid summer and though I didn’t see a wide variety of species, I did enjoy what birds I saw and, of course, the scenery was nothing short of spectacular.  I drove some of the roads featured in Highway From Hell and got caught in the most intense hail storm I have ever experienced.  All in all, a fantastic trip!

Beyond the birds, there was the scenery: 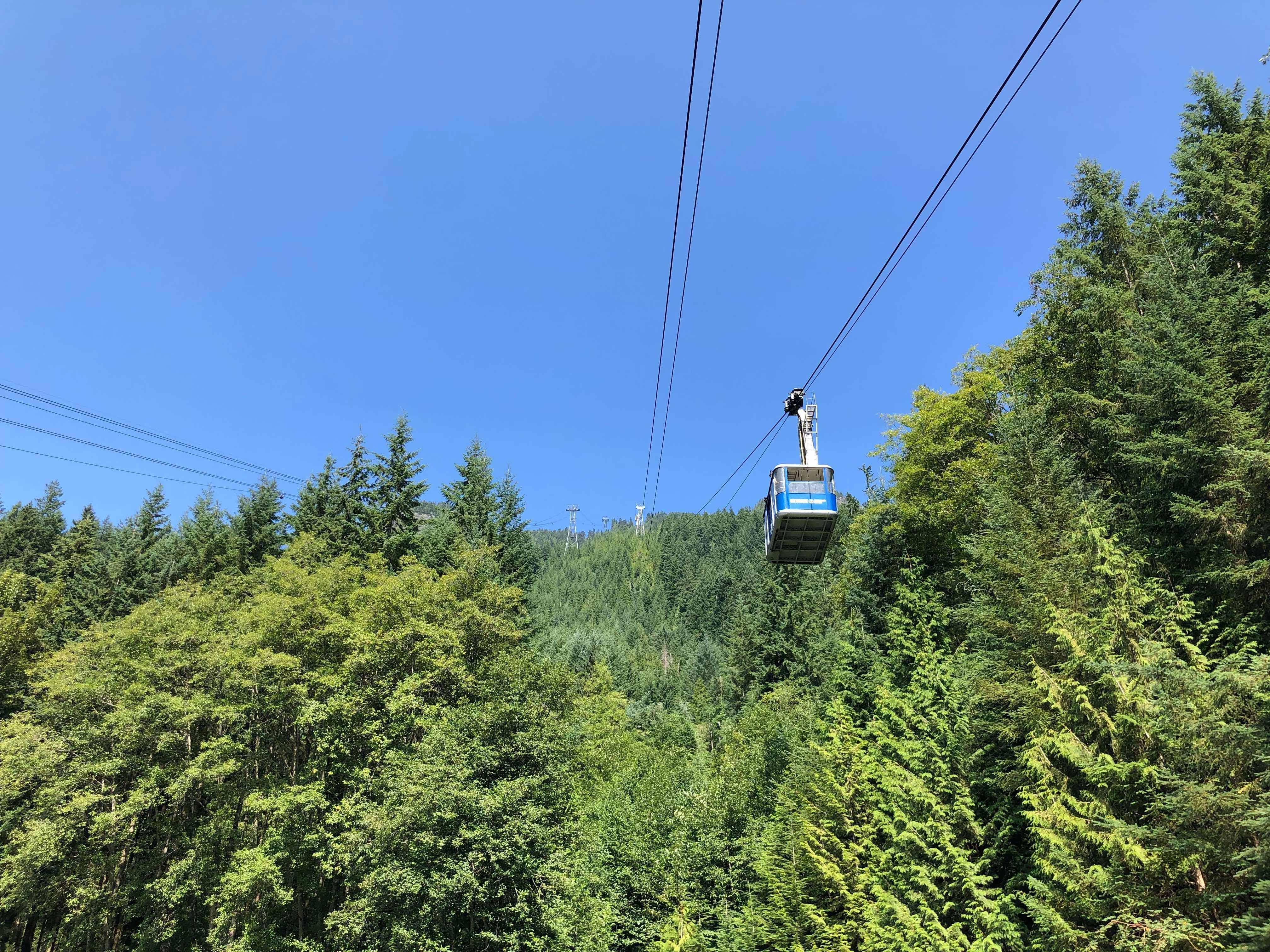 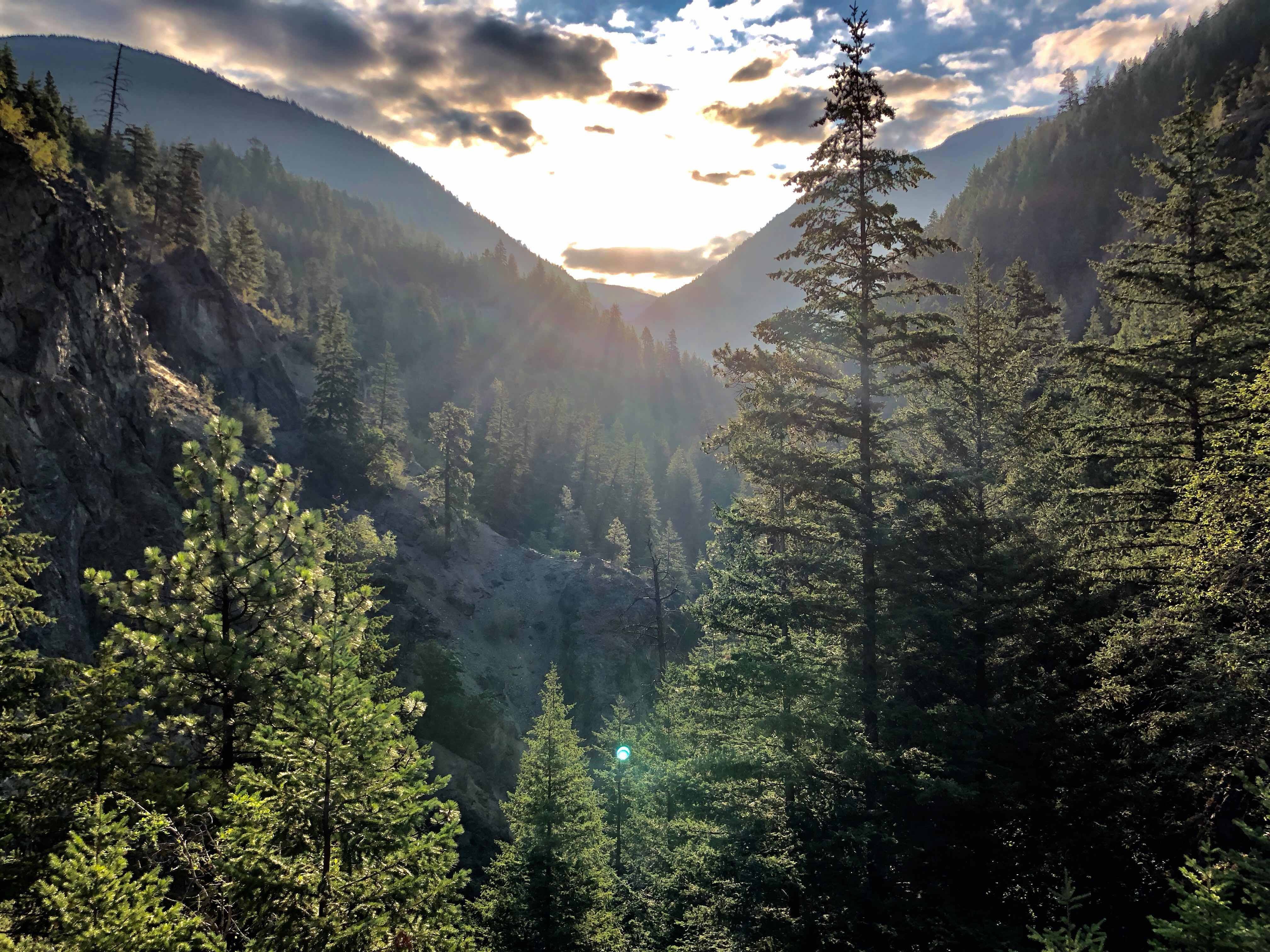 I was trapped on the Highway from Hell during a severe hail storm with landslides and flooding: 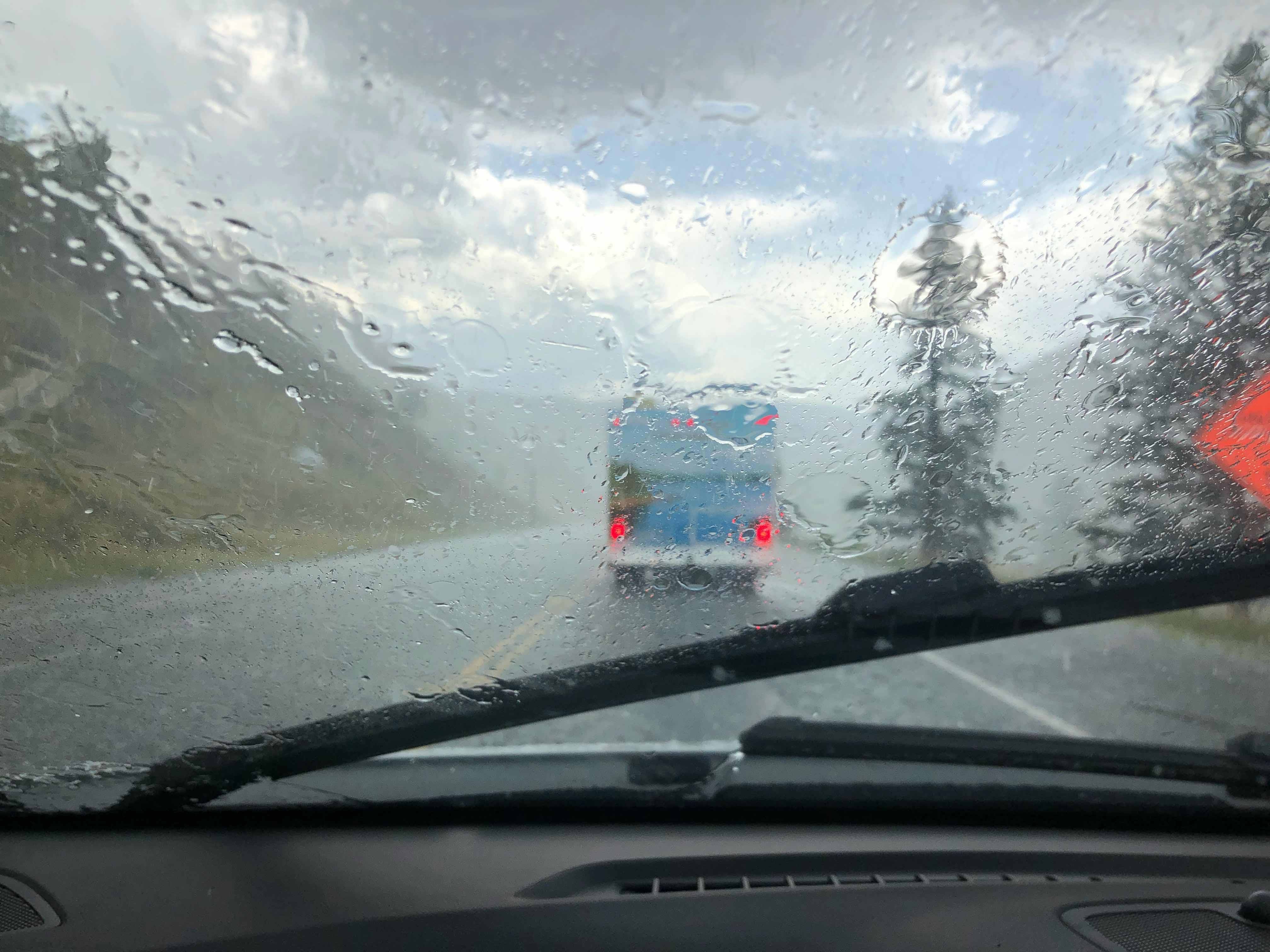 Of course, there were birds too.  A friendly farmer invited me to sit by a river in the back “40” and enjoy his little nature sanctuary between 100 Mile and Sun Peaks, full of Black-billed Magpies, Cedar Waxwings, Eastern Kingbirds, Western-wood Pewees and more: 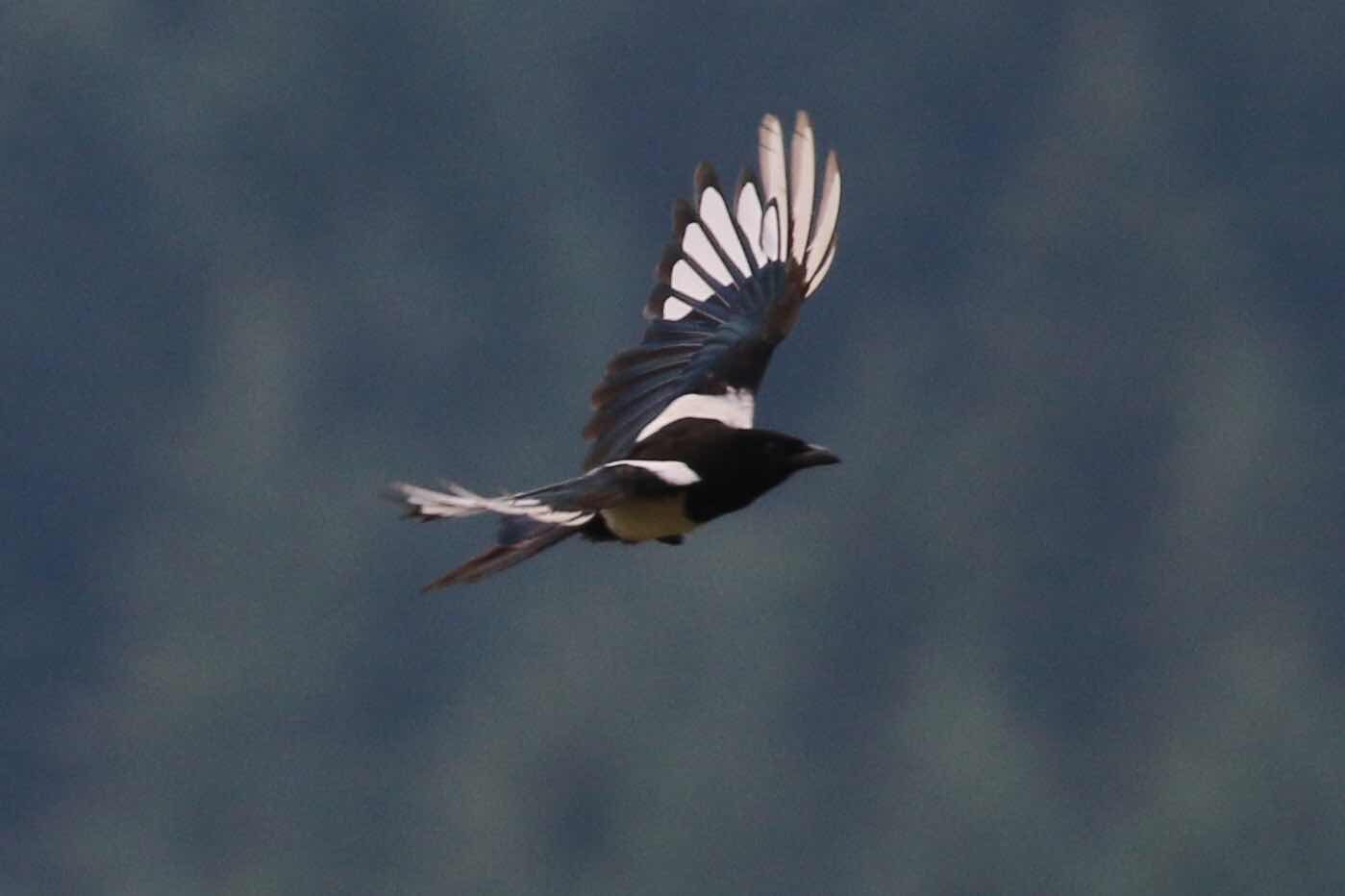 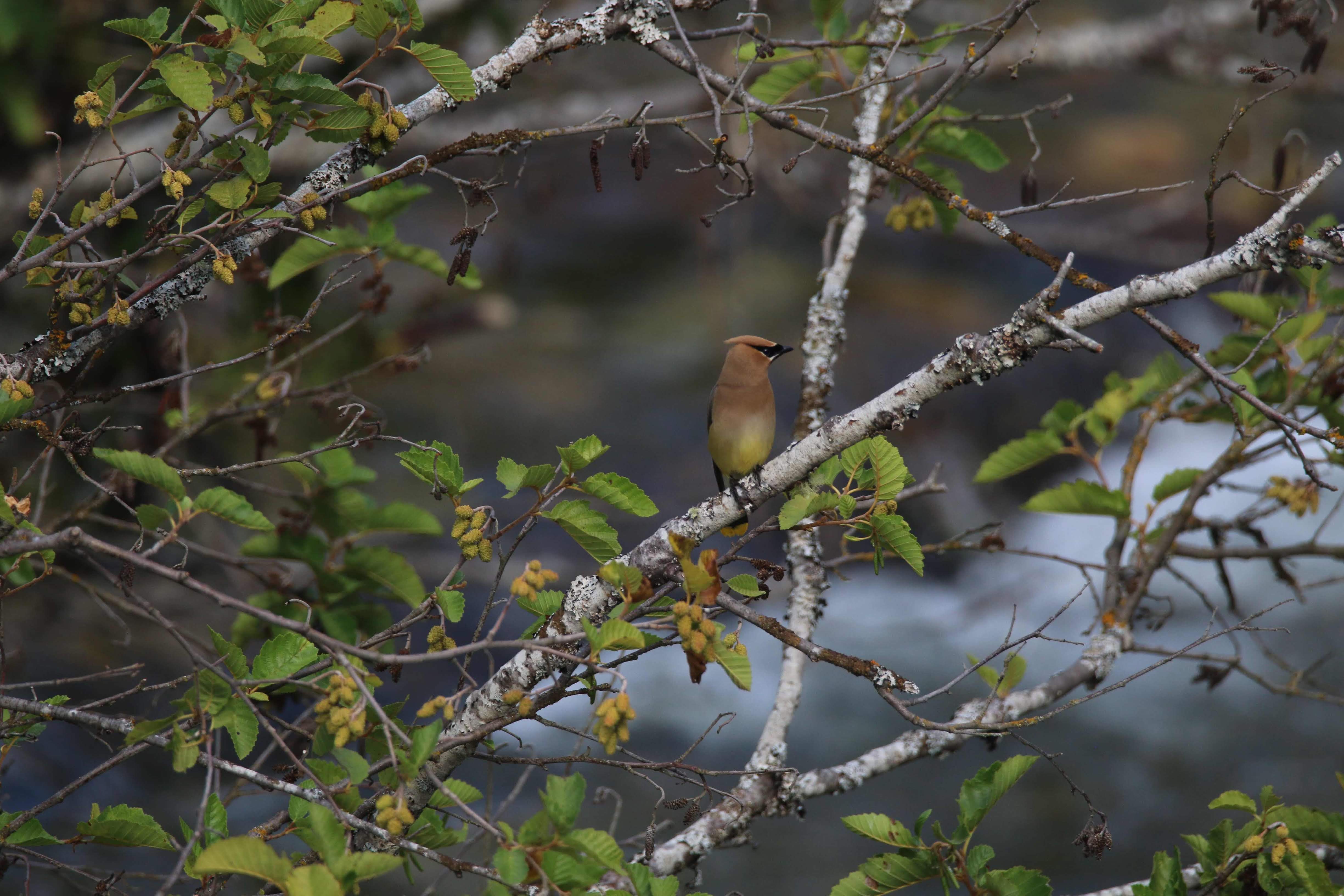 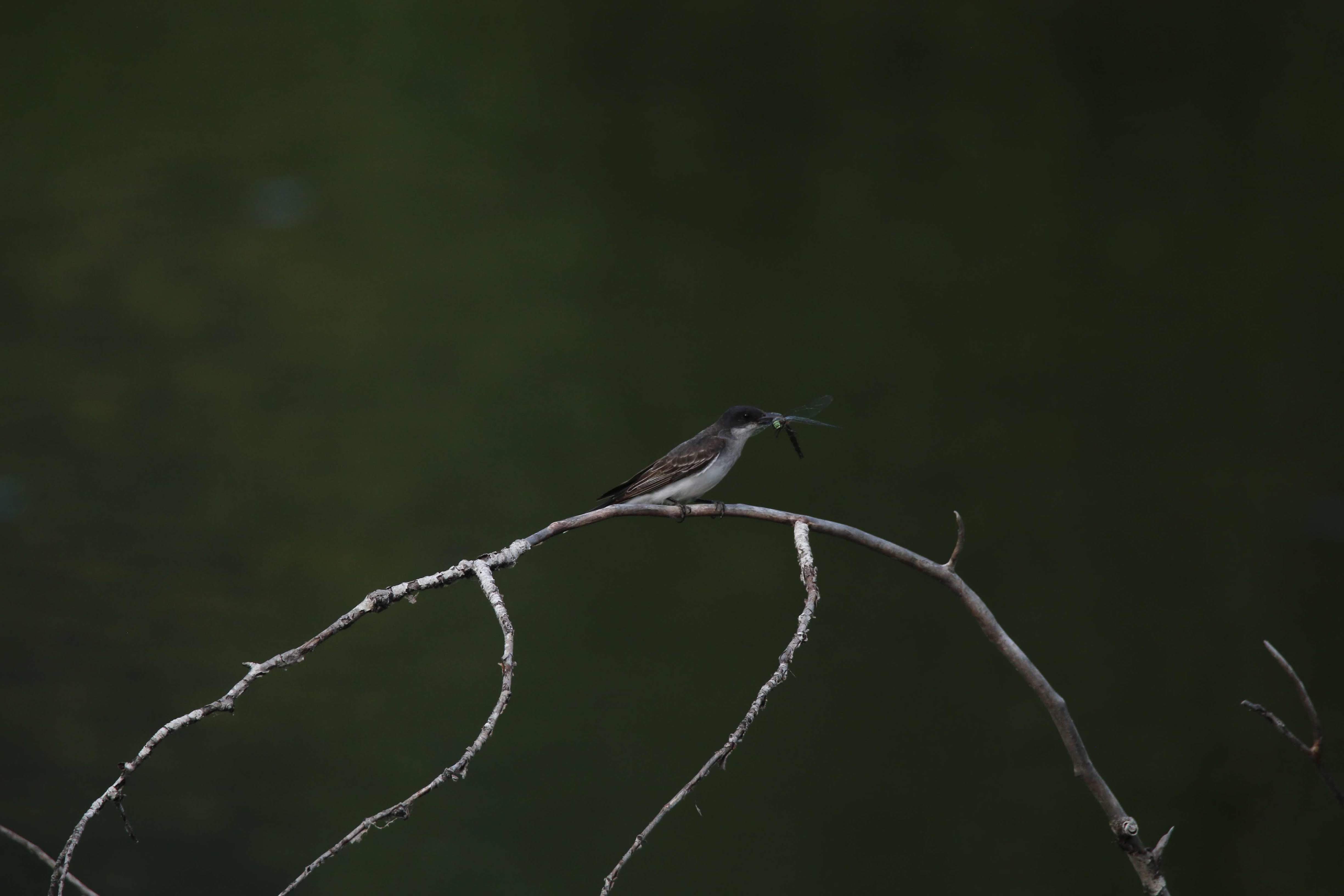 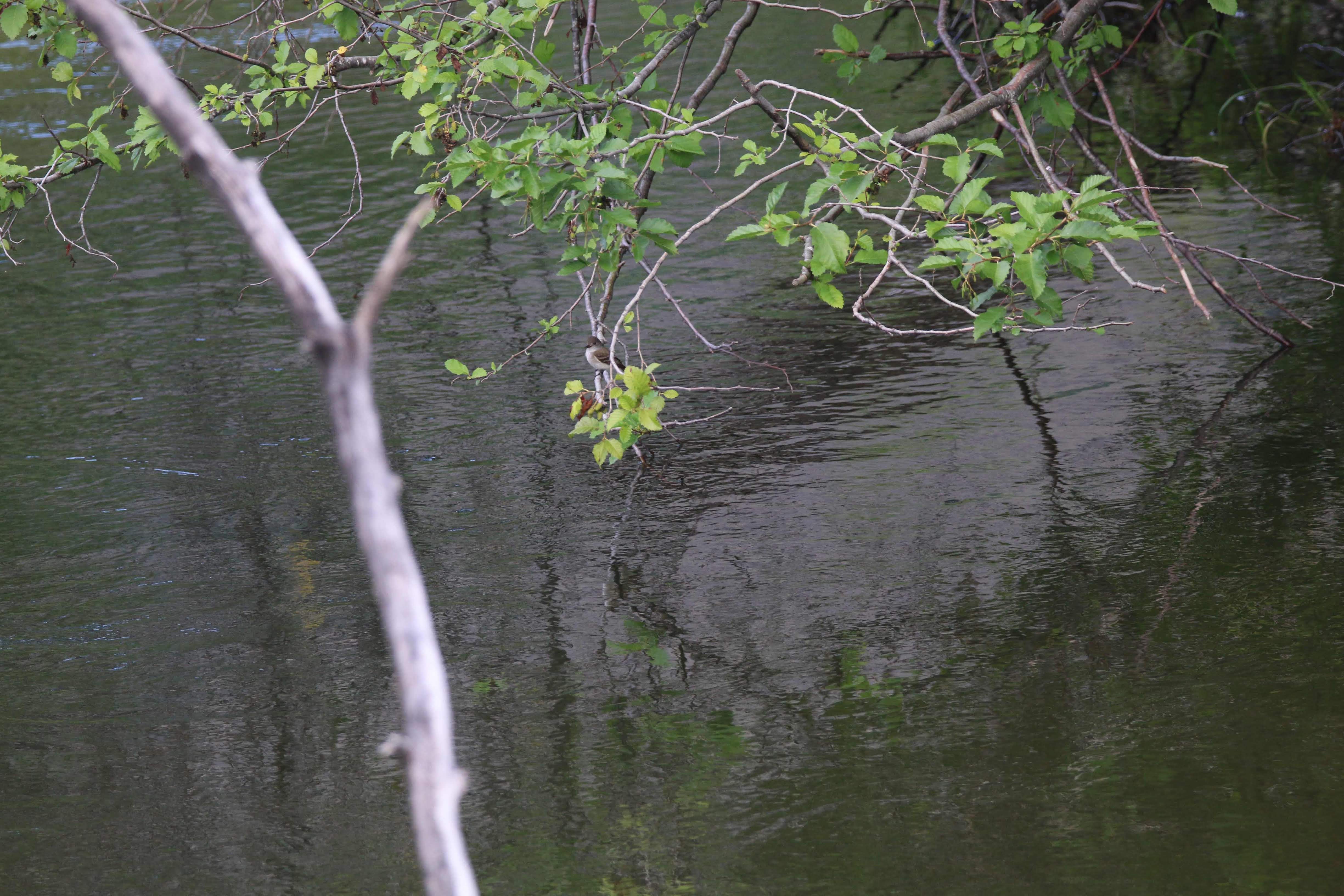 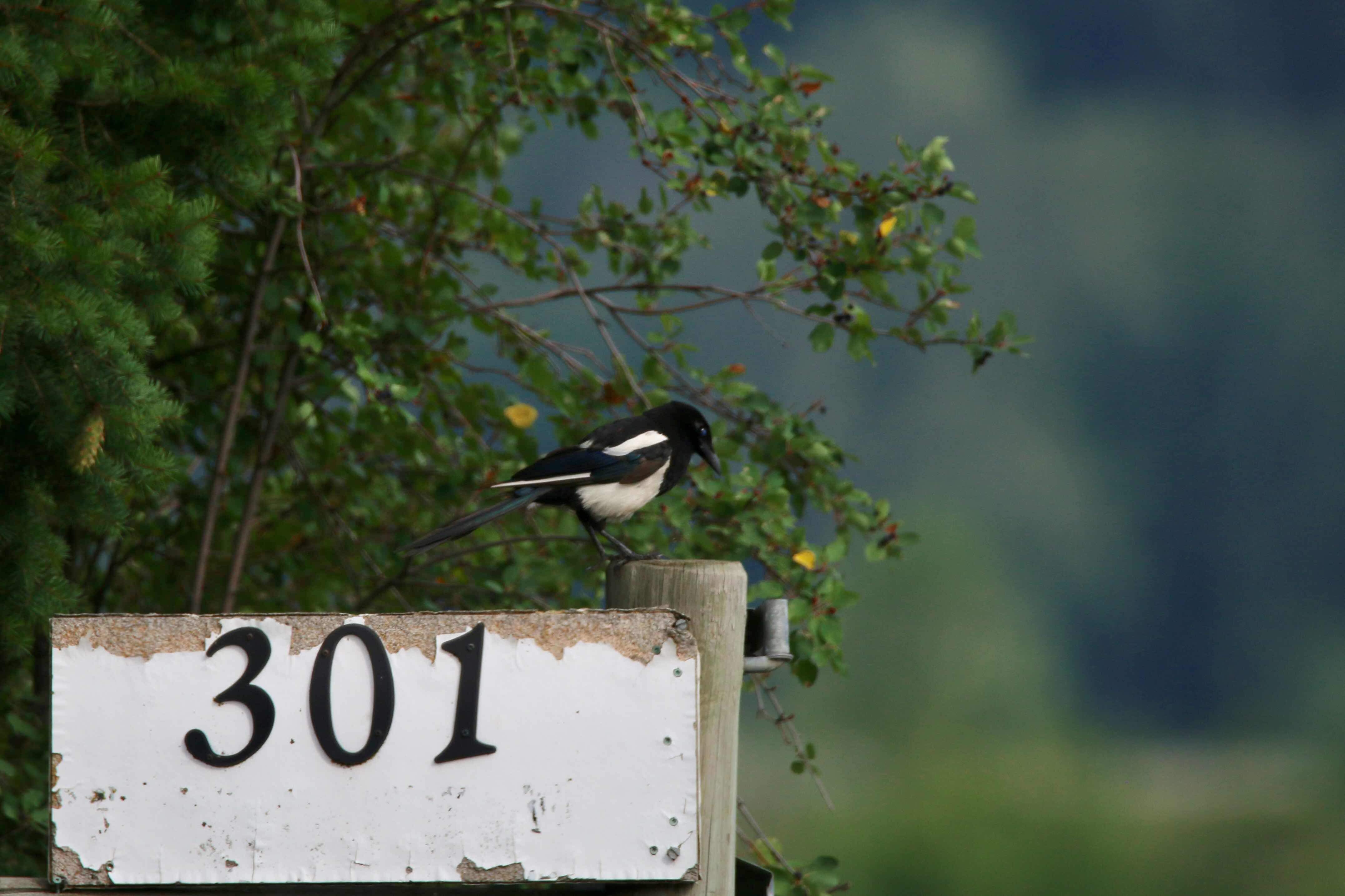 Sun Peaks was like a lovely European Village, and both the food and scenery were great, but the birds were not plentiful: 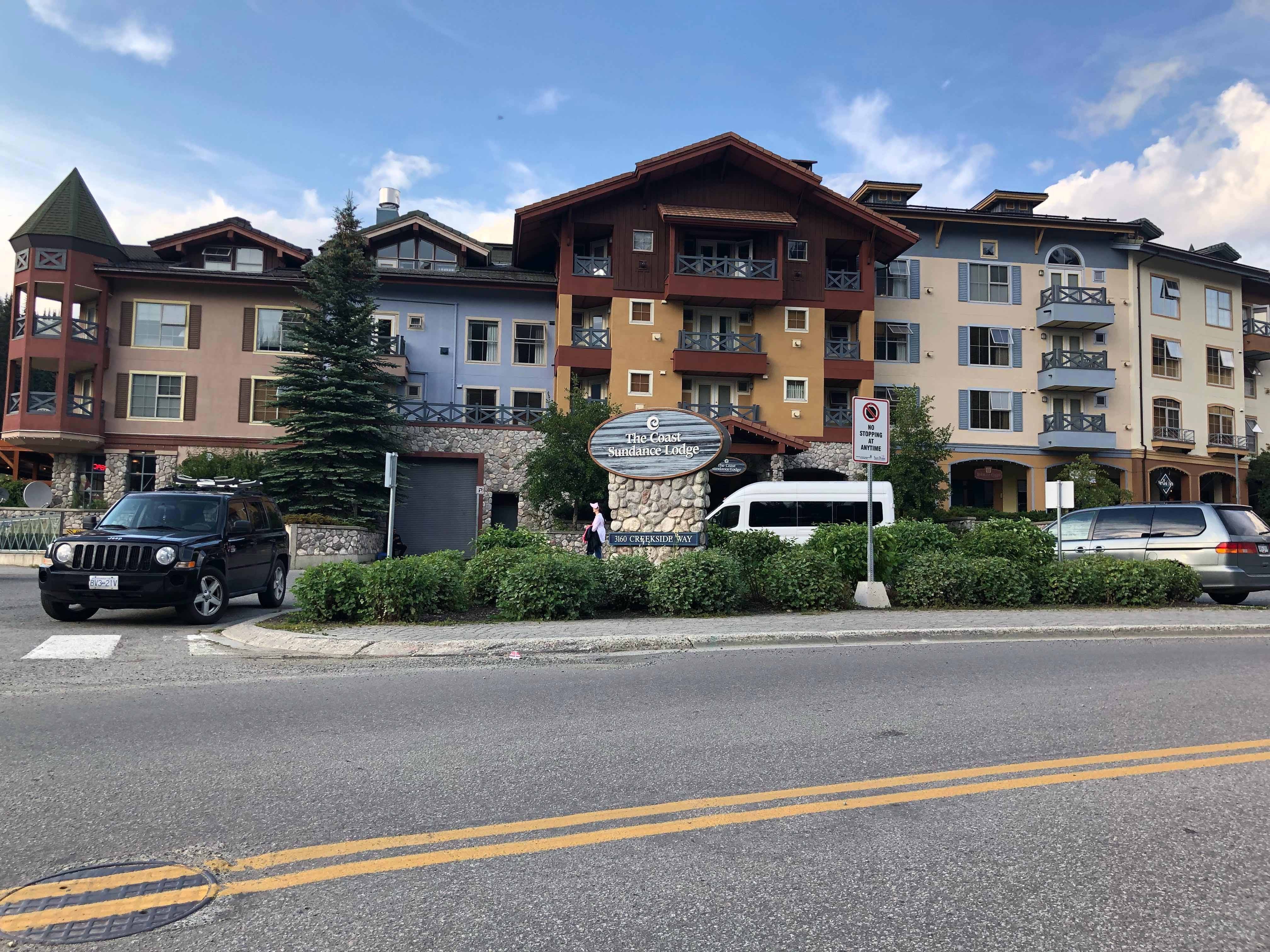 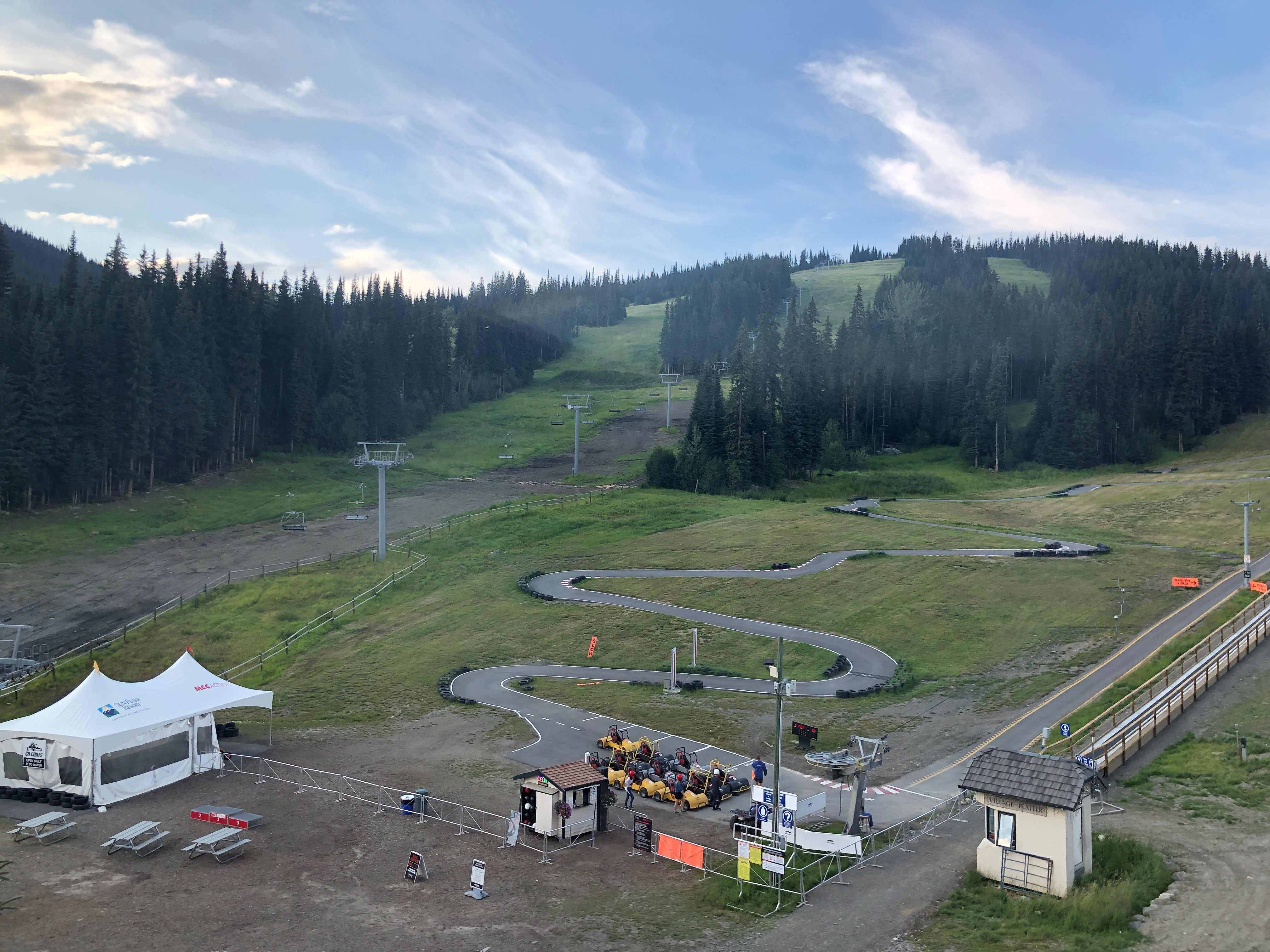 But on the way back to Vancouver to fly home I took some time out from the 4 hour drive, and was able to  add a Canada,(formally Gray) Jay to my year list, though only captured it on my iPhone camera: 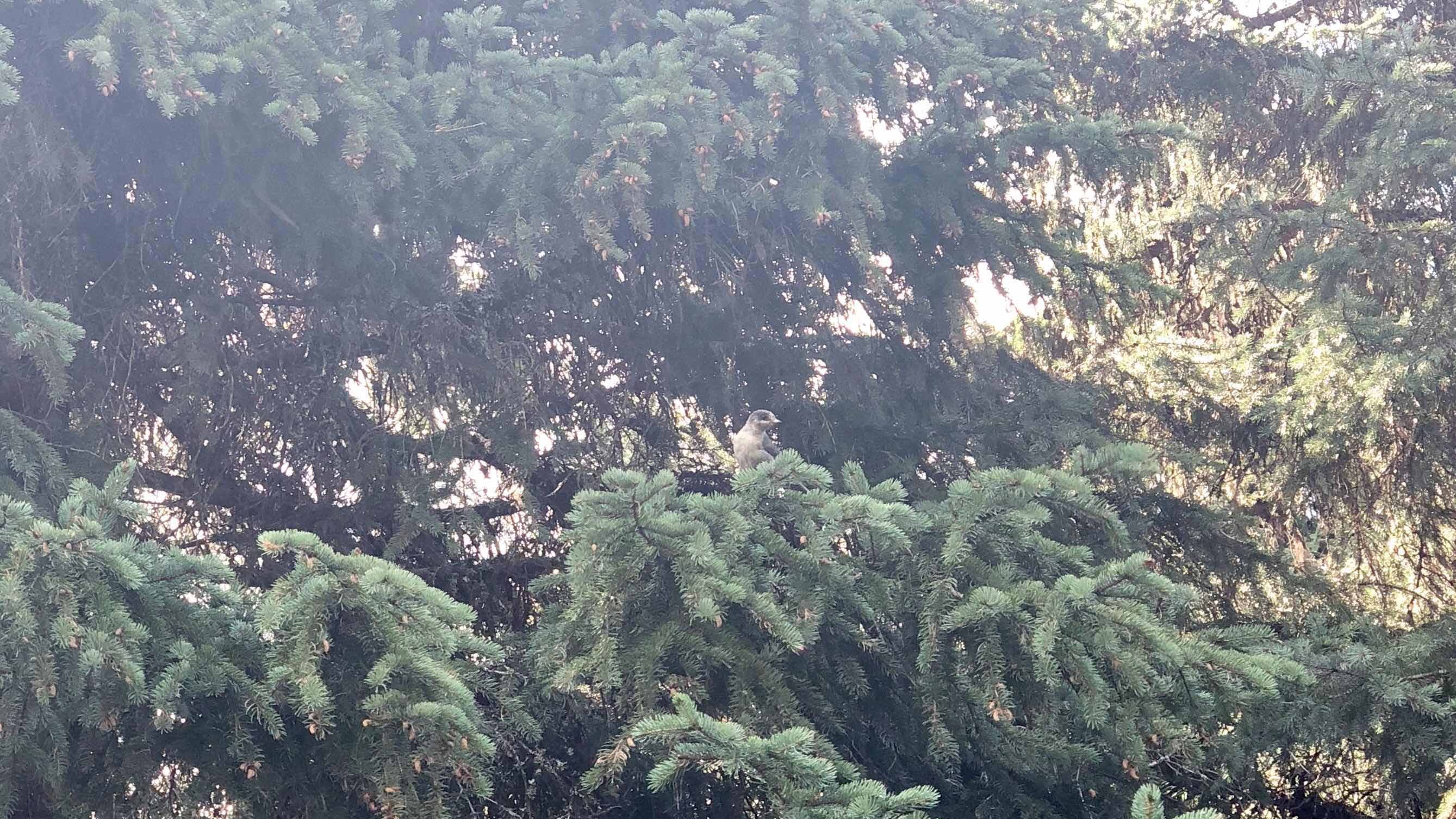 Next up was my always less-anticipated trip to Bluefield, West Virginia.  However, this time I decided to build in an extra day or two, since I had to stop in Charlotte to visit with the Buffalo Bisons staff.  The ball park there is lovely, with a great city view and the birding around the area was pretty good too. 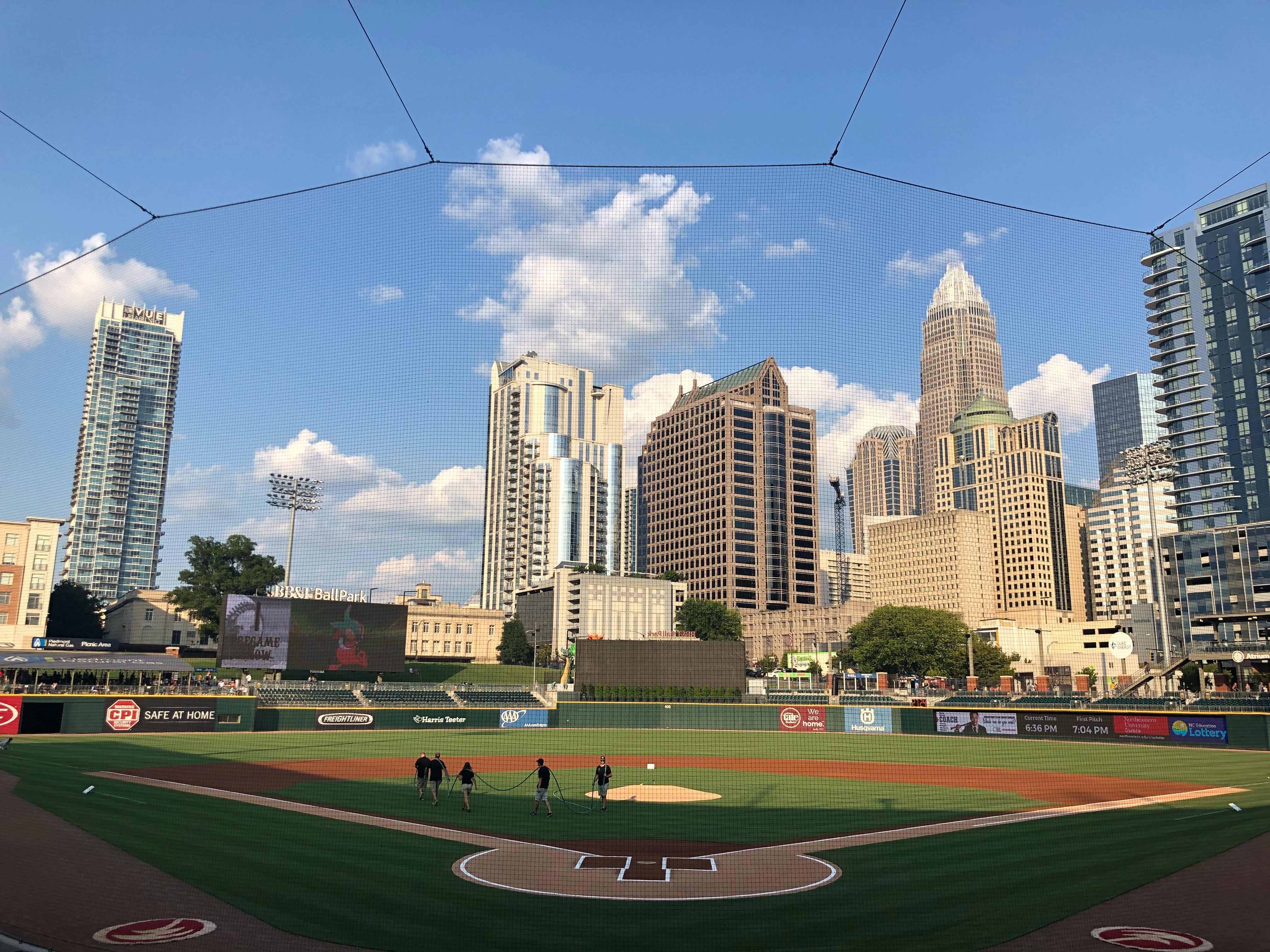 I spent a day driving around South Carolina and during a lovely hike in Kings Mountain National Military Park enjoyed some nice birding and an Eastern Wood-Pewee, to complete my coast to coast Pewee list: 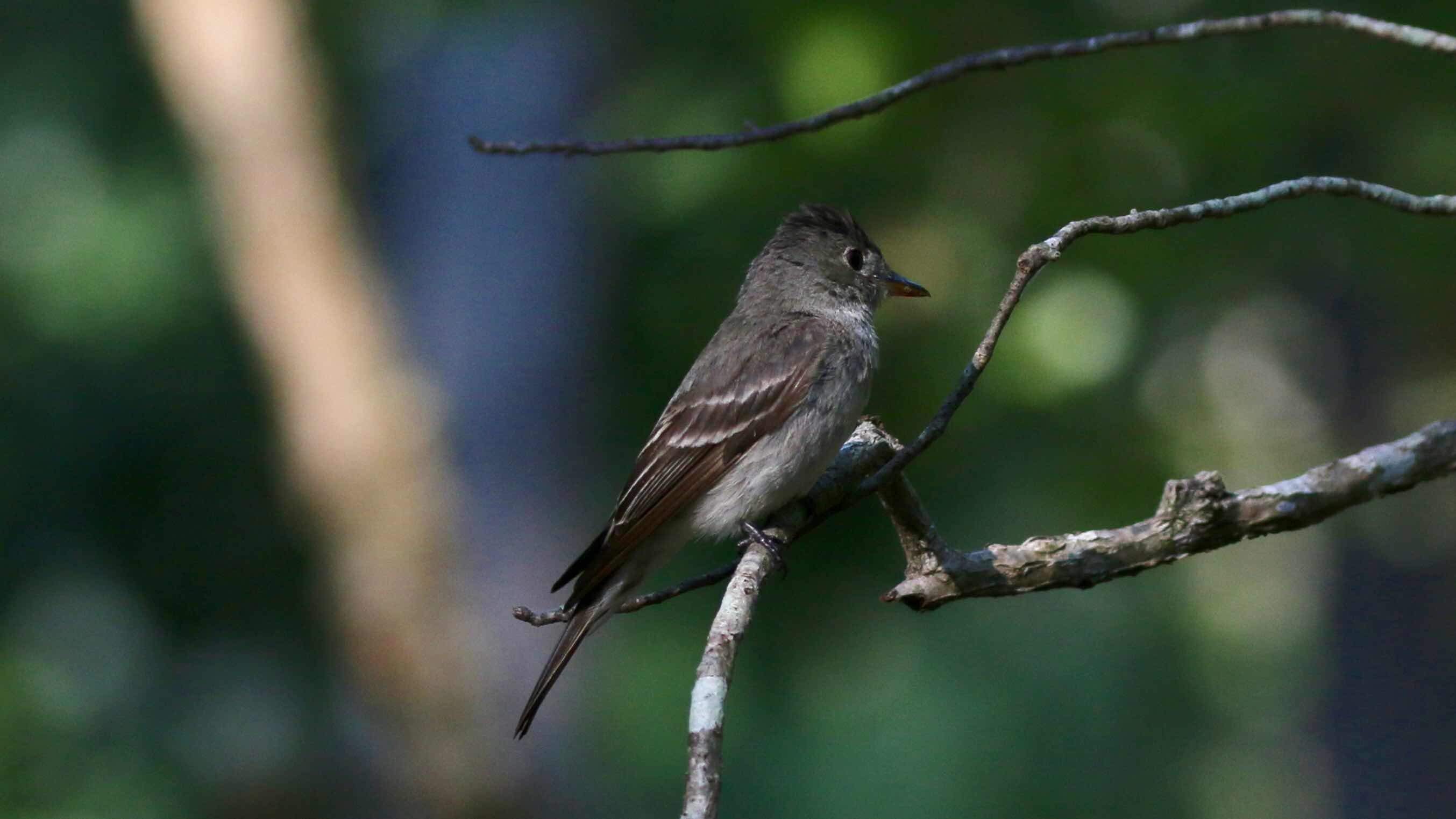 I also hiked a trail in Stone Mountain State Park, in North Carolina, that led to a spectacularly dangerous waterfall, as the signposts up ahead made abundantly clear: 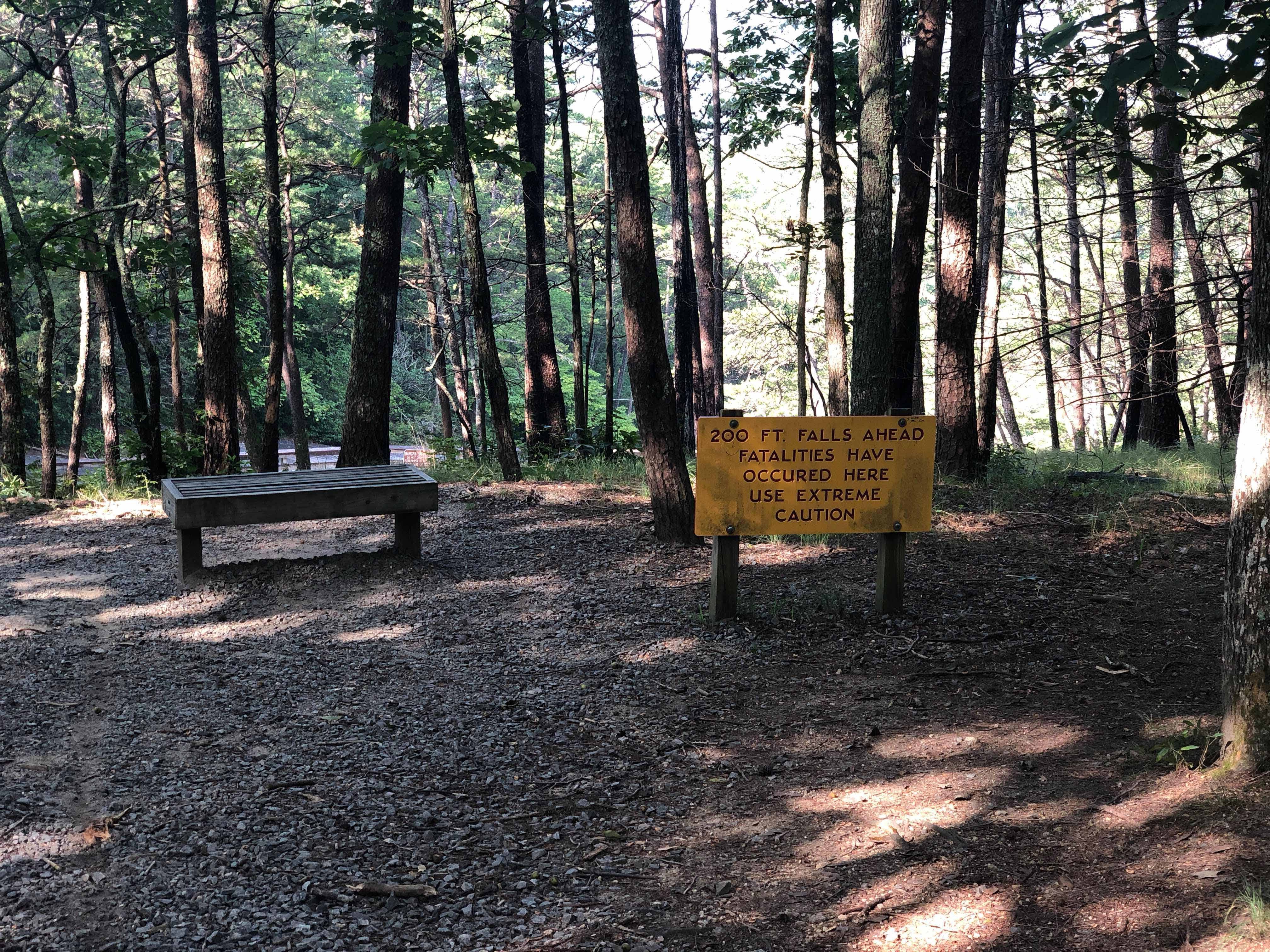 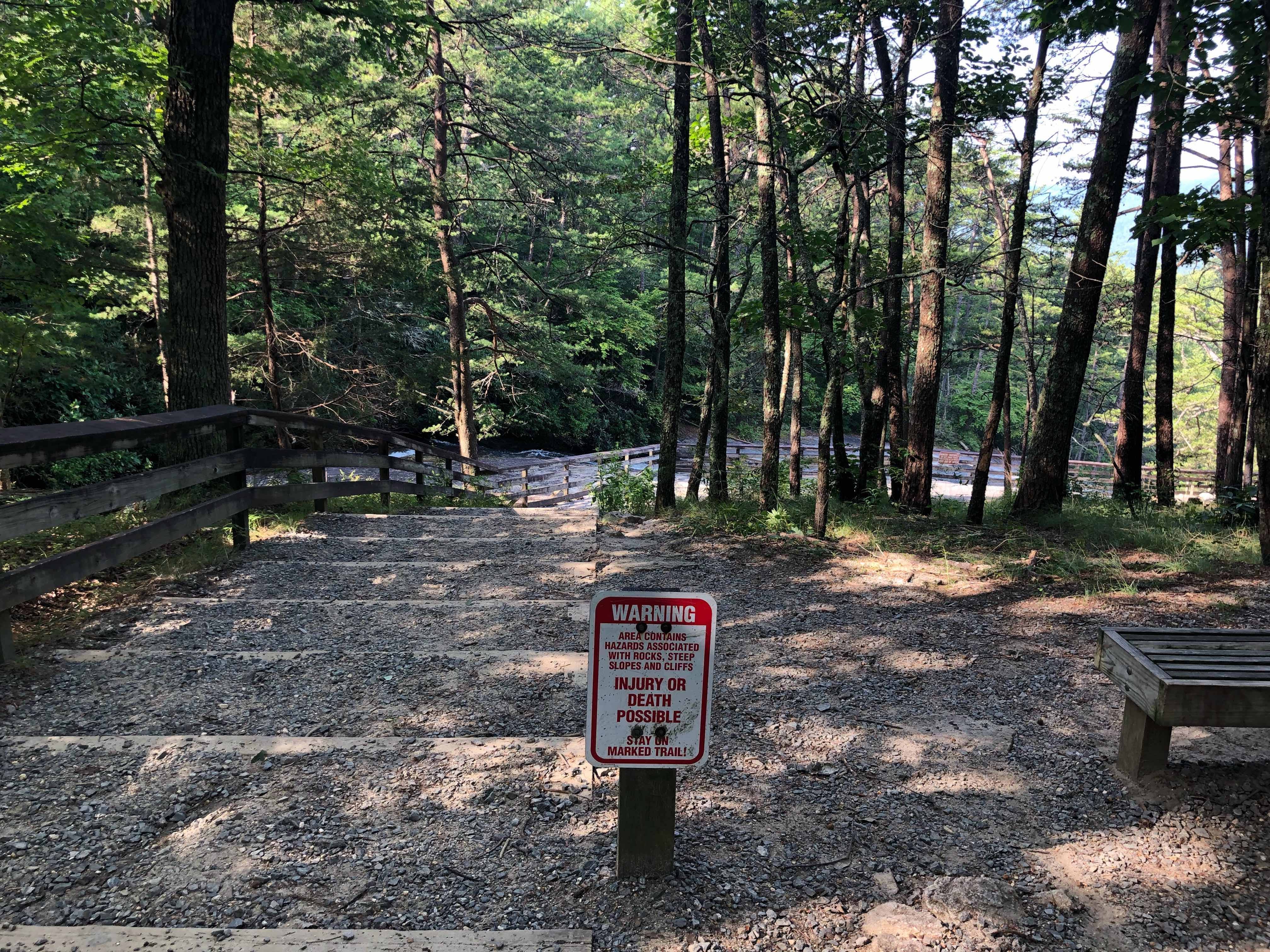 The photos don’t really capture how cool this waterfall was: 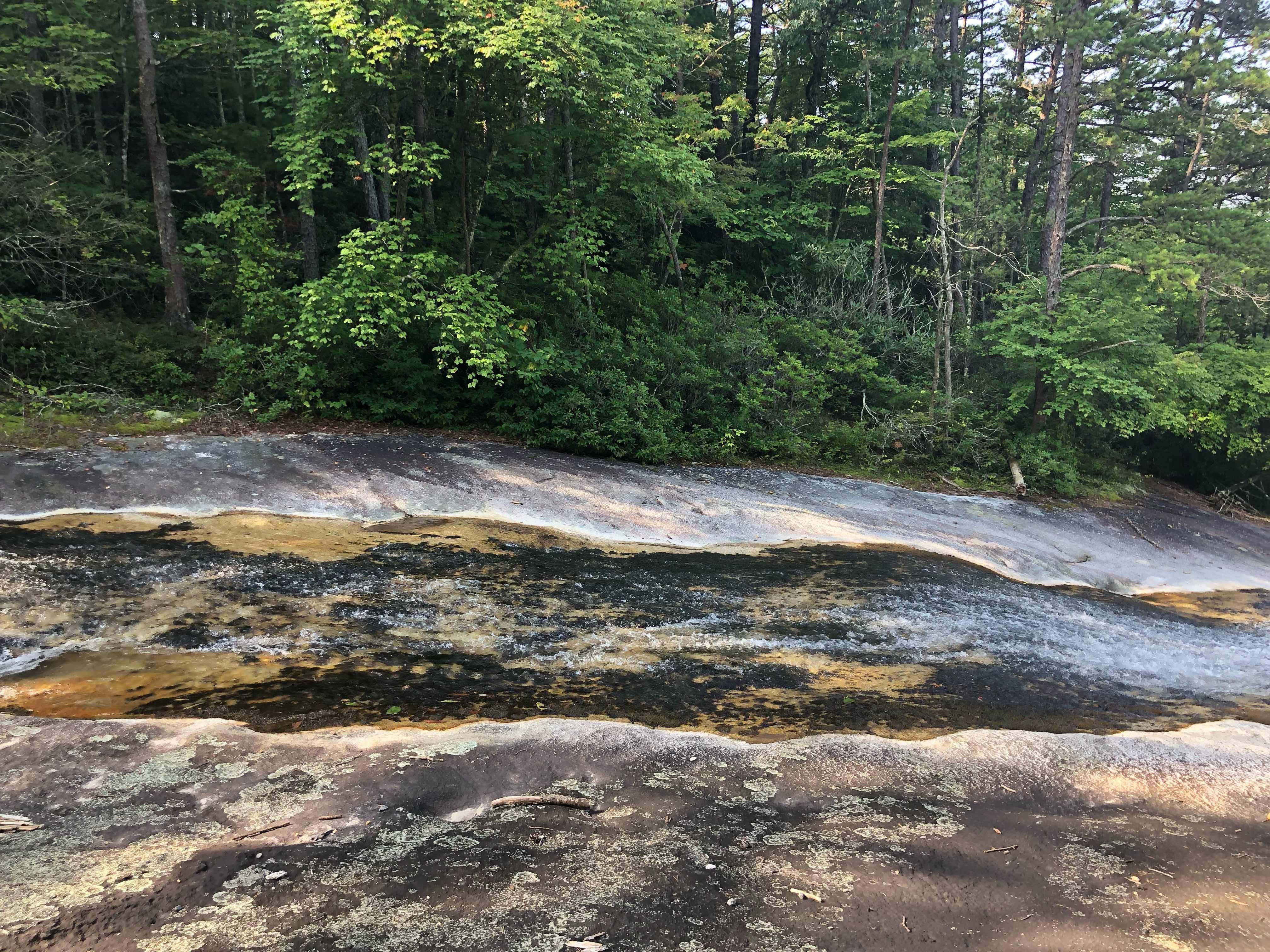 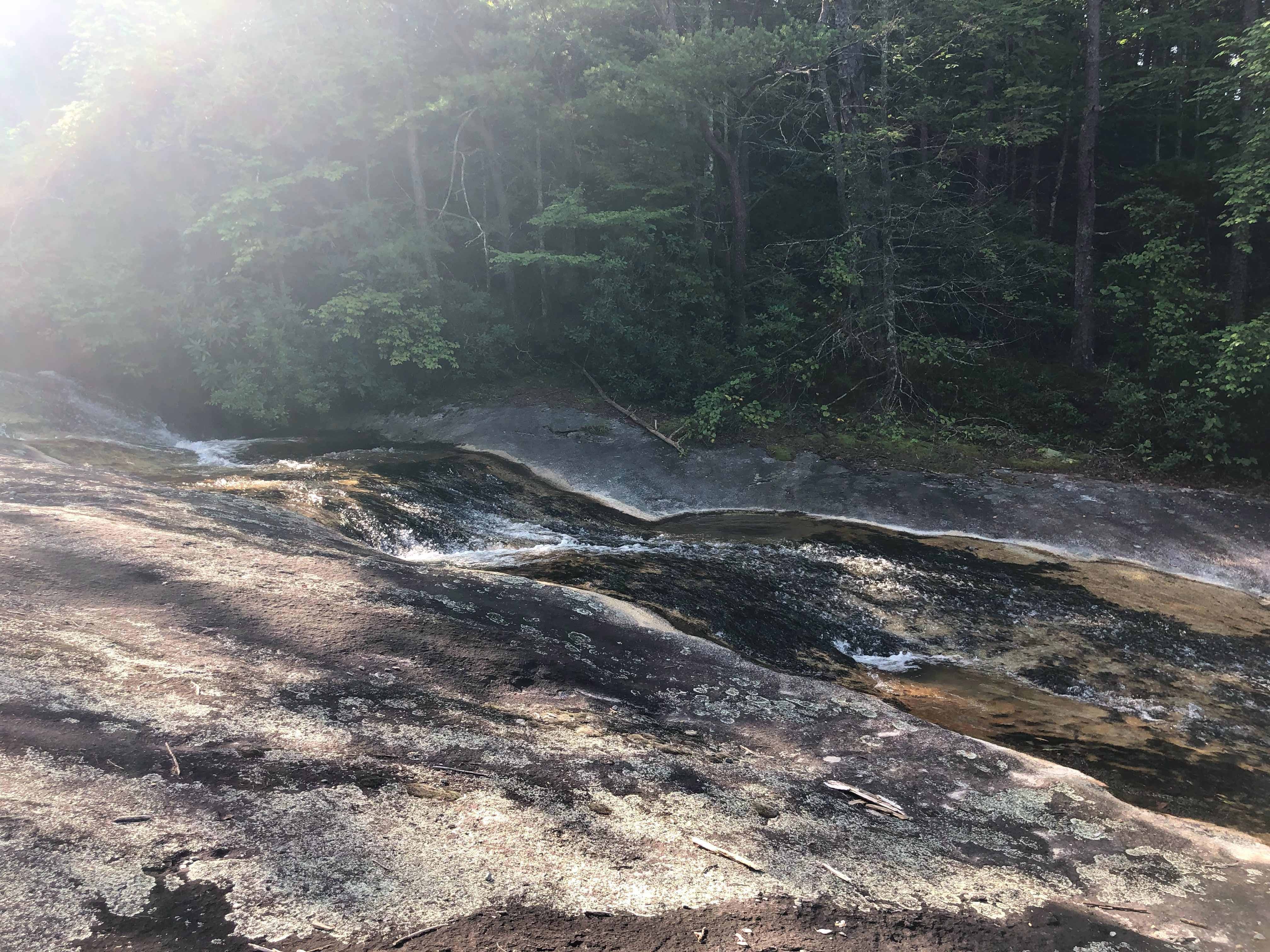 The highlight bird of the trip was a Worm Eating Warbler at Brush Creek Preserve.  Though I didn’t see a wide variety of rare plants and animals, I did see a small “assemblage” of some of them: 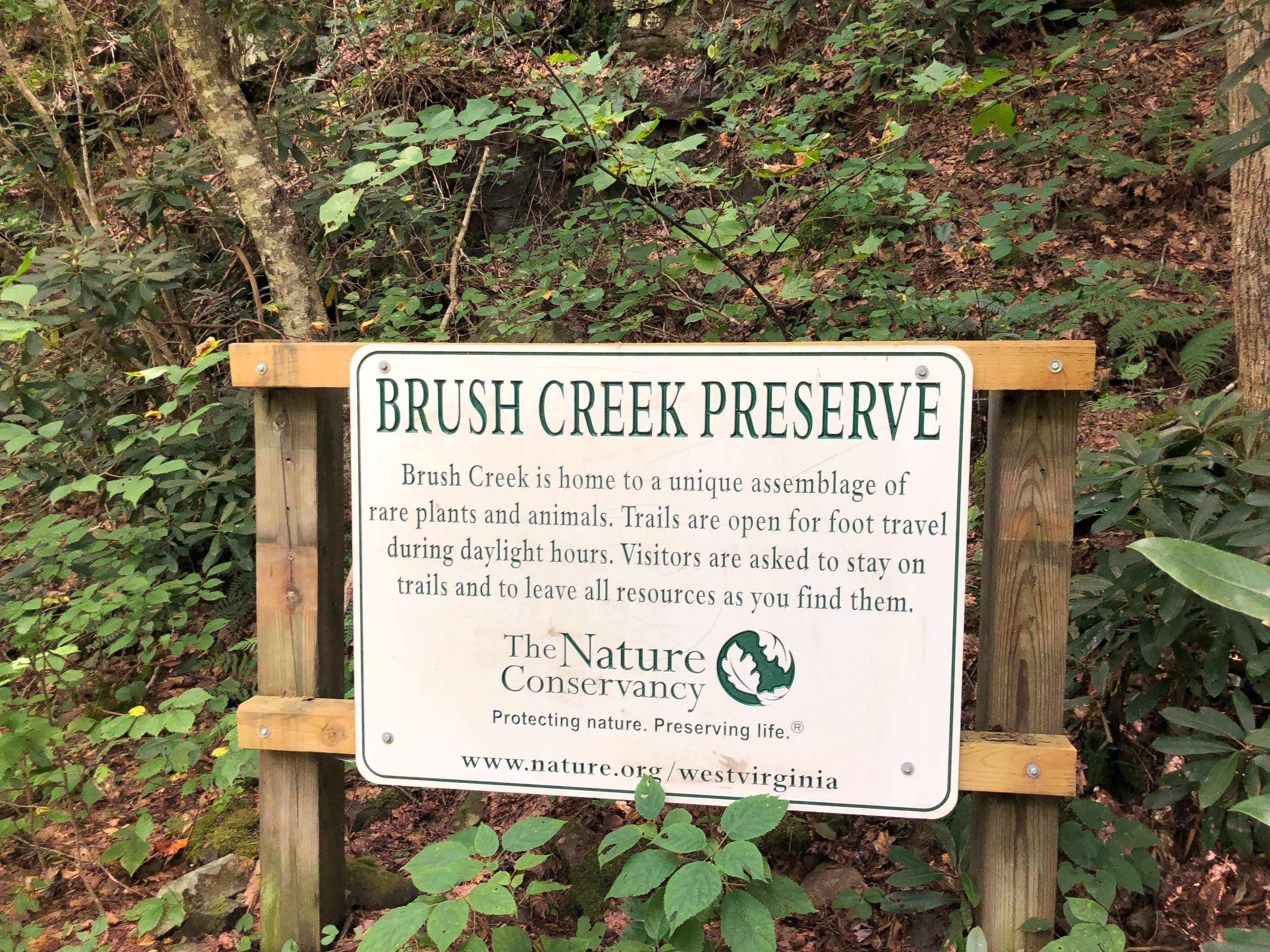 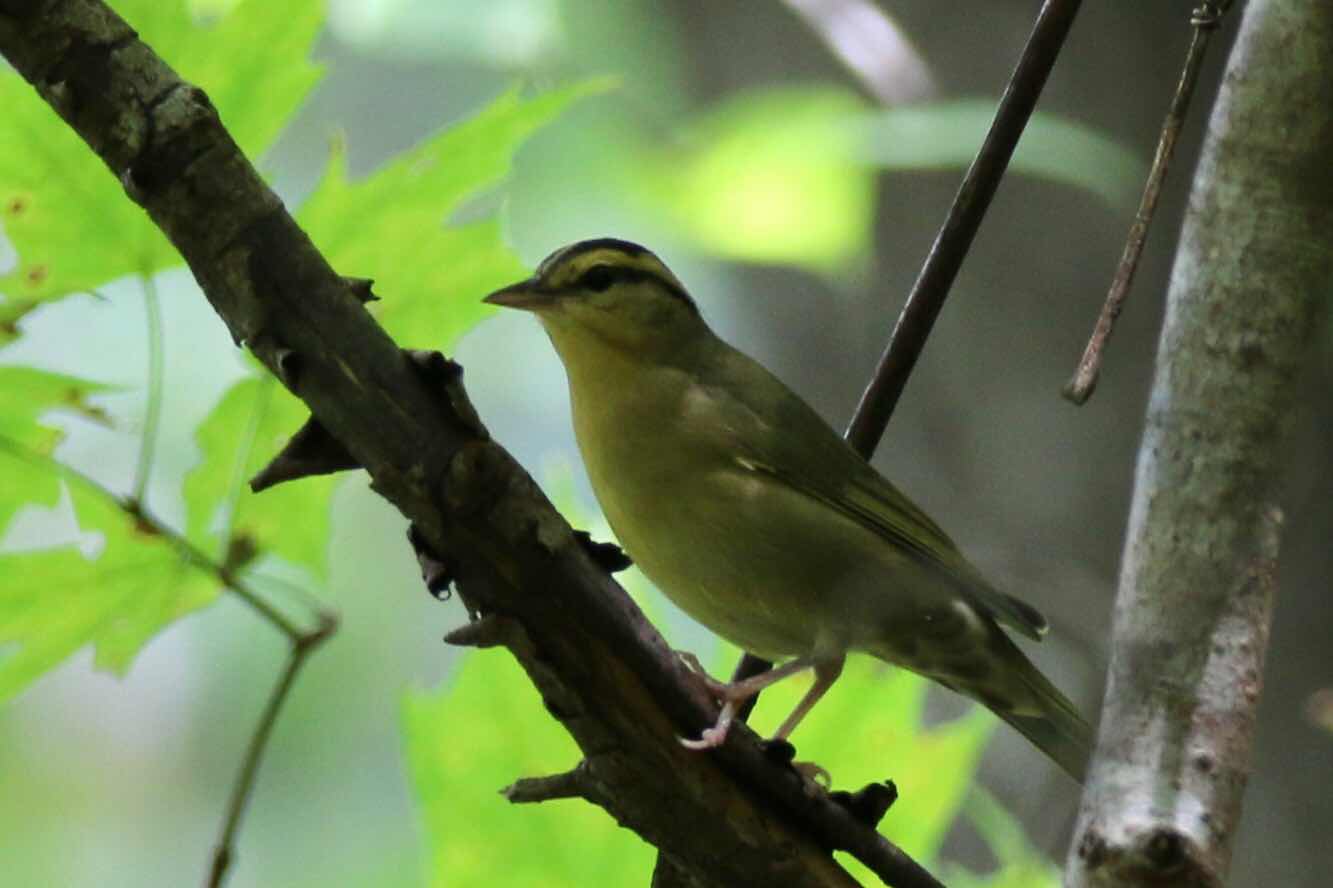