I am in week 3 of my spring birding in Florida and other than a one day wonder of a King Vulture in Miami,(I did not see it), there haven’t been reports of any species I haven’t seen somewhere in North America that I’ve had the time to drive to.  Except parakeets.

There are several species in Florida, some countable by ABA standards, the Monk, White-winged and Nanday; others not so much, the Yellow-chevroned, Mitred and Crimson-fronted. I have seen them, and others, but learned recently of the ABA countable Rose-ringed Parakeet and the not so ABA Blue-crowned Parakeet, and have made it my mission to see them both while in Florida this month.

The Blue-crowned Parakeets are pinned all over the St. Petersburg area on e-Bird and I have driven the streets and gone to the parks where they have been seen, on numerous occasions, but so far, have seen just the basic Monk and Nanday variety.  Those two sure have been fruitful and mulitiplied in the years since my 2012 Big Year, as back then I was lucky to see just a few of them the entire year.

I was hoping for a different outcome last Wednesday, when I headed down to Naples and I enlisted the help of Yve, whom I met in Texas hunting a Jabiru during her 2017 Big Year.  I contacted her when I arrived and we met in downtown Naples that evening, as she knew a few good roosts for the Rose-ringed Parakeets, who have established a small population in the area.  They are officially countable in the ABA area in Hawaii, but eventually the florida population will be added to the list, just as a few other exotics have been over the years.

We got lucky.  The first street we drove down, and looked, there was a lone Rose-ringed Parakeet in a tree, just hiding behind some branches.  I got a good look and then tried for a photo.  Alas, in the dimming light of sunset, and with branches in the way, my camera did not want to focus, and before I knew it, the bird had flown.  Two others flew by, but we were unable to locate them by the time it was beginning to get dark.

One thing is for sure, being a birder over being a photographer is much more satisfying when it comes to seeing and counting birds.  As a birder, just seeing a new species is reward enough.  The photo, if good, is a bonus.  But for the photographers who go out specifically to get good photos, and sometimes take thousands of bad ones in the hopes of getting a good one, those trips often end in frustration.  I have been a photographer since I was in high school.  I have only been a birder since January 1, 2012.  Though I still love photograhy, I find birding to be the more rewarding of the two.

Alas, here is my only photo of the Rose-ringed Parakeet.  At least it was good enough as an ID photo, if nothing else.  Next time I am in Naples, I will know where to look and try to get a good photo: 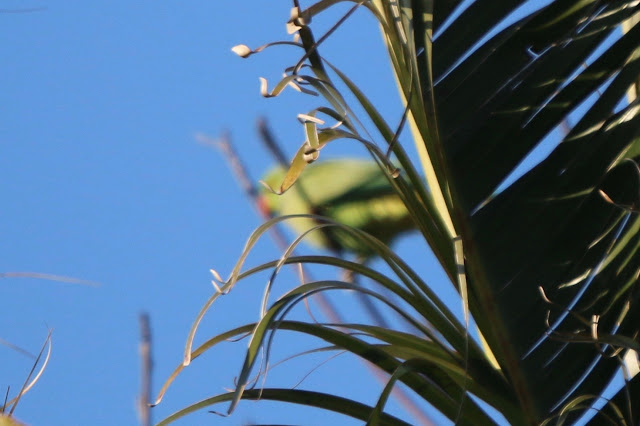 Over at Corkscrew Swamp Audubon Sanctuary I had a rare look at a perched Swallow-tailed kite: 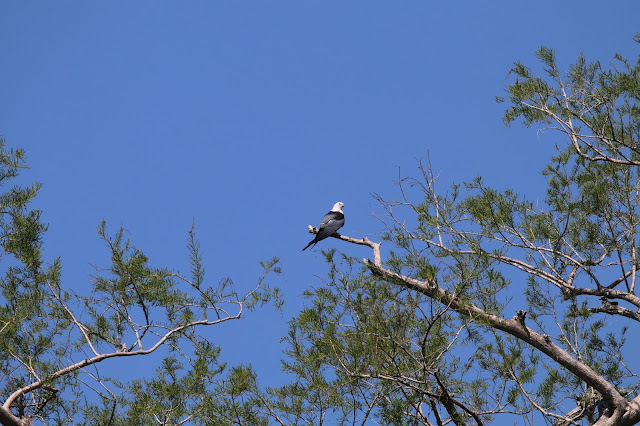 It used to take a trip to The Dry Tortugas in the spring to maybe see one or two Brown Boobies sitting way out on a channel marker, or maybe get lucky with a flyover.  Back in 2012 I missed the Brown Booby on the Dry Tortugas and for my Big Year, and actually saw my first one in the Erie Basin, on the New York side of Fort Erie in 2013.  Last year, at this time I was back in Toronto just days away from spinal surgery.  But I am mostly recovered, working and, most importantly, birding.  Over the last year or so a large group of Brown Boobies have settled in on a power tower in Tampa Bay, as viewed from Philippe Park, and I enjoyed a good look at them as I began Spring Training 2018, a couple of weeks ago.  They are about 400 yards from shore and I was able to use my PhoneSkope iPhoneX digiscoping adapter to get some decent photos. 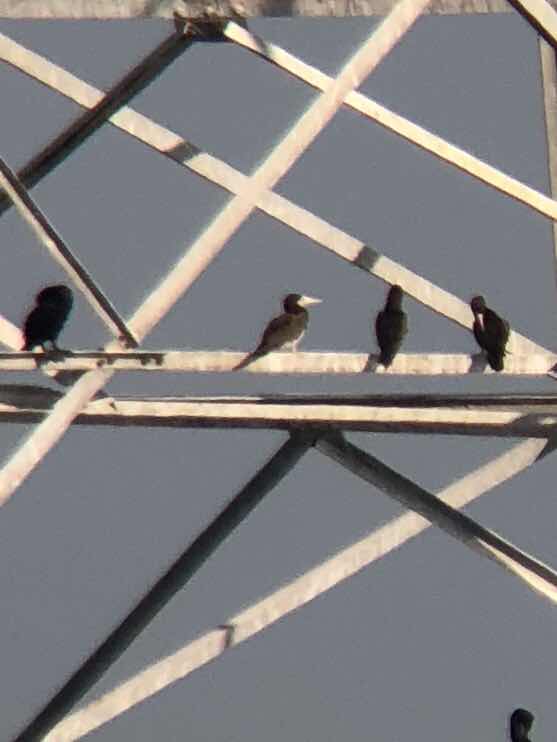 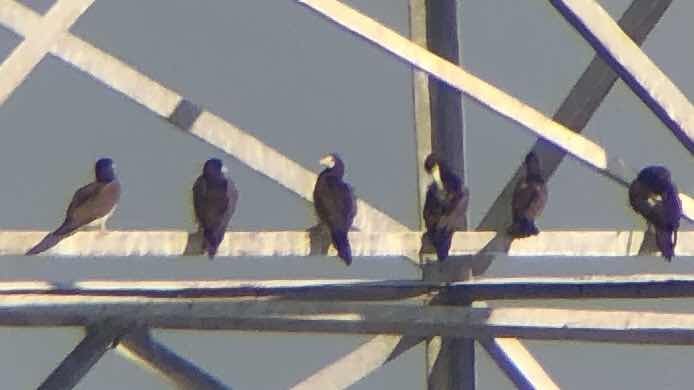 As for Florida rarities, a big surprise a few days ago, at Eagle Lake Park, was a Trumpeter Swan, a long way from home.  This “snowbird” brought a lot of local and traveling birders out to see, what for most, including myself, was a Florida Lifer,(263 for the state): 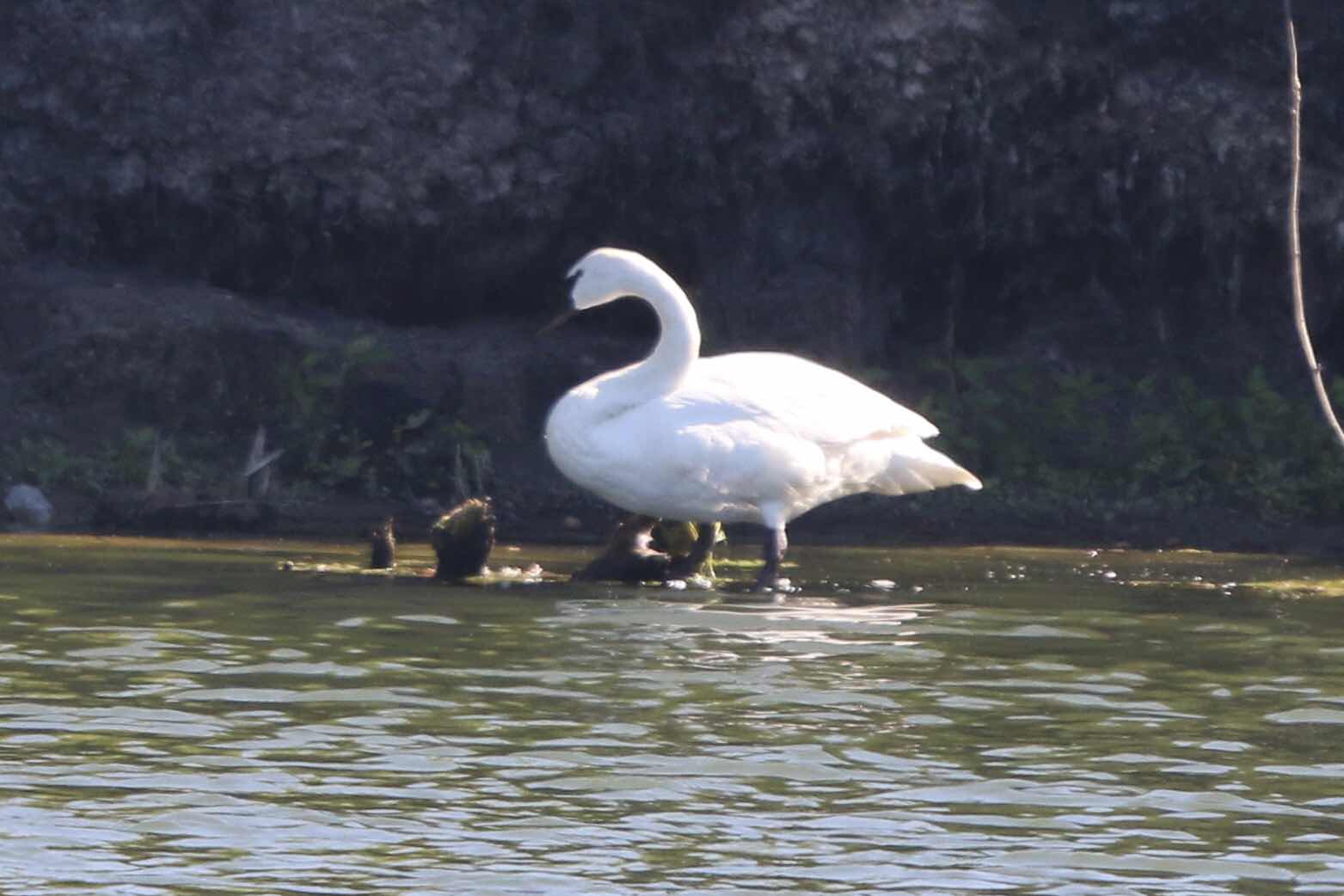 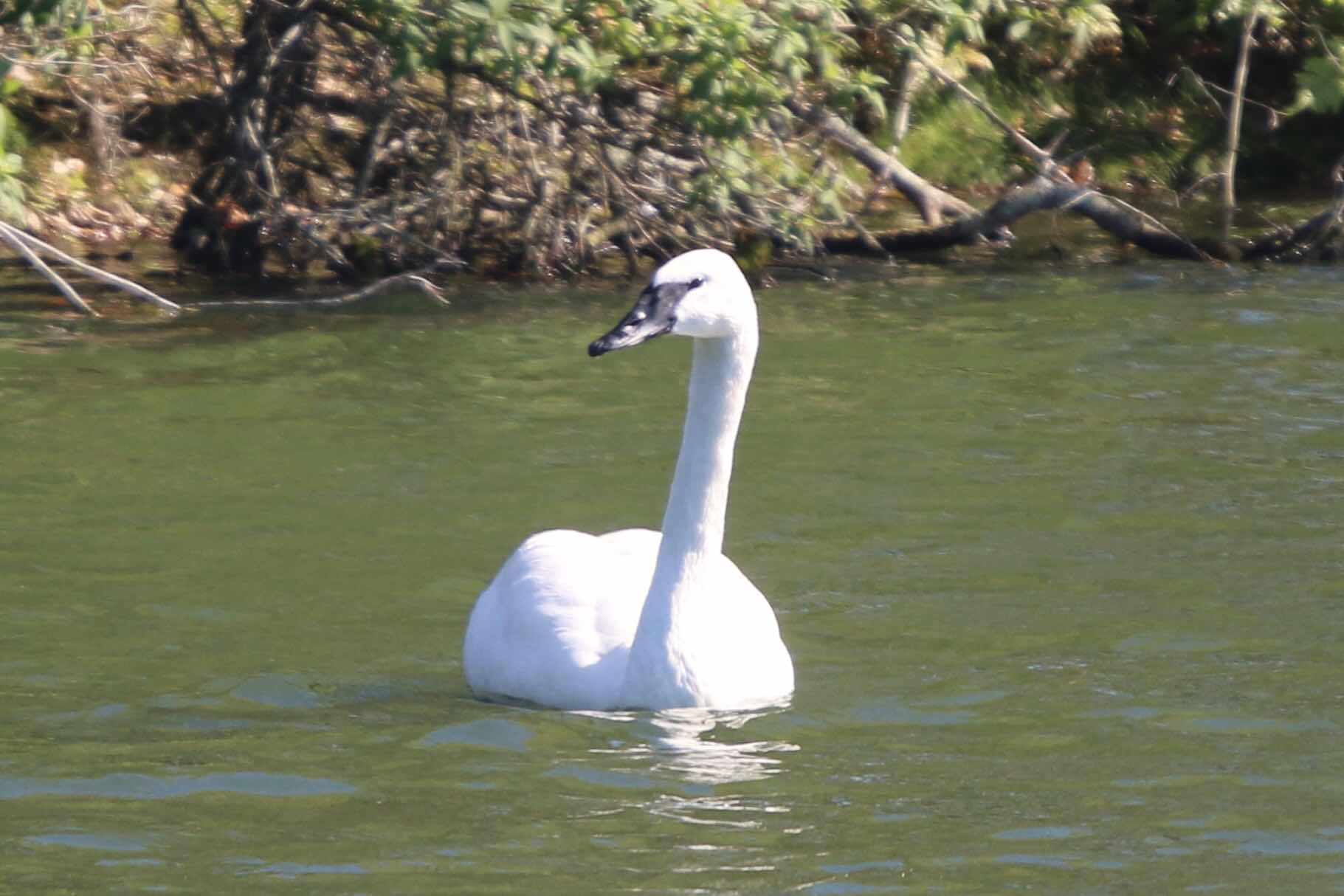