The Quest for a Little Egret and Bicknell’s Thrush

The date was July 9, 2012.  I was doing a Big Year and Sue and I were on our way to Nova Scotia for Atlantic Puffins and Northern Gannets, and a variety of other sea birds.  But there was bad weather and we were stuck in Montreal.  NARBA had just reported a Little Egret, a Code 4 rarity that I really wanted on my Big Year List.  Fate had dropped a great bird in my lap, but our scheduled flight from Montreal was at 9:00am and there just wasn’t time to get the bird and get back for the flight.  Had I been on my own, I might have scheduled a later flight, but it would have been expensive for both of us to change and would have disrupted our Nova Scotia trip.  So I never did see a Little Egret in 2012 or any of the other handful of times one had shown up in North America in the past seven years.  I was never in the right place at the right time.

Until now.  I was in Manchester, New Hampshire for a few days of work and birding and wanted to add some missing New England states to my eBird listing.  In addition to New Hampshire I had been to Connecticut and Massachusetts, and now had the opportunity to add Rhode Island, Vermont and Maine, all in three days.  So I added those to my eBird alerts and wouldn’t you know it, a Little Egret had been seen a day earlier in Maine within an easy two hour morning drive from Manchester.

I was on the road at 5am to get to Gilsland Farm Audubon Center and was greeted by a small gaggle of Wild Turkeys as I headed to the North Meadow Trail, including a few turkey babies. 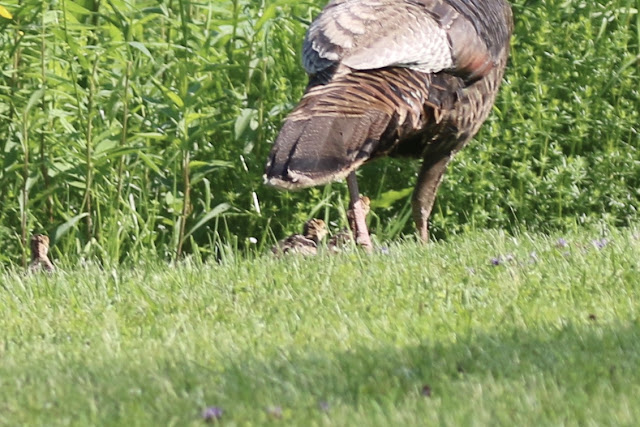 It was an easy walk to the water and when I arrived I could see an egret off in the distance.  Of course, the Little Egret resembles the Snowy Egret in all but two identifying field marks, so at a distance of about 300 yards across the lake it was not possible to ID the bird, since there had been reported a few Snowy Egrets in the lake as well.  Today, this was the only egret and but I needed a better look.  I needed to see either the yellow lores that don’t extend as far into the beak as the Snowy’s or, even better, the long thin plumes extending from the back of the head.  At that distance I could see neither.  I had to be patient.

And my patience was rewarded when the flock of gulls the egret was hanging with flushed and the egret circled around and landed directly in front of my only about 100 yards away.  I got a good look at the thin plume extending from the head and had my bird. Little Egret was number 680 for my ABA Life List and 1130 overall. 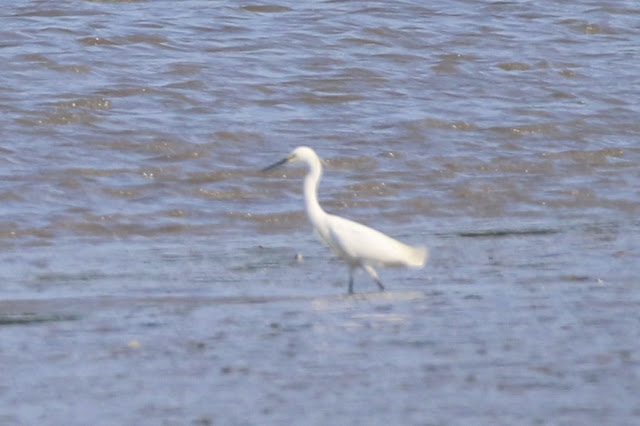 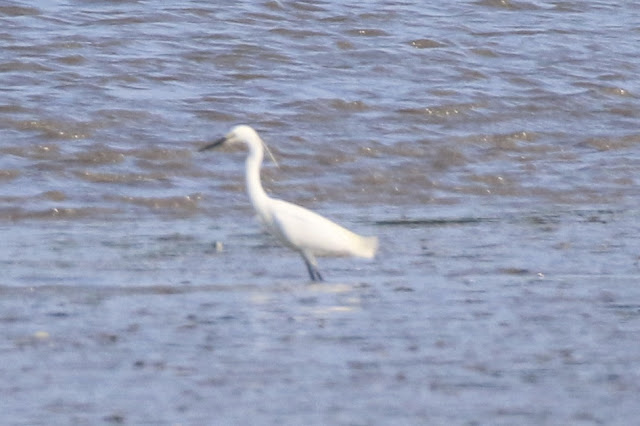 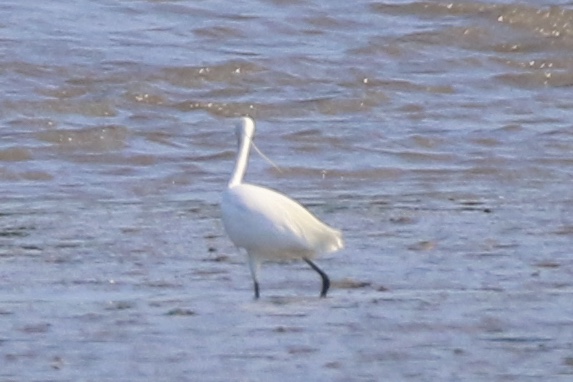 Having ticked Maine off my eBird wish list, I had two free days to explore New England so headed down to Rhode Island and Francis Carter Preserve. Through not a lifer, I did want to see a Black-billed Cuckoo, and was rewarded for my long drive by it being the first bird I spied in the vast empty fields of grass that is the FCP.  I was also hoping for Grasshoper Sparrow and Eastern Meadowlark, as the habitat was perfect for both those birds, but they eluded my hour and a half walk. 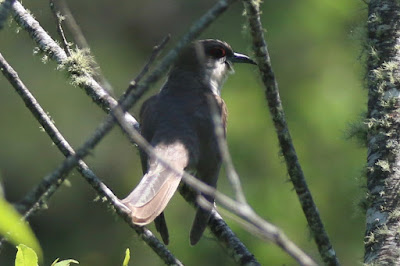 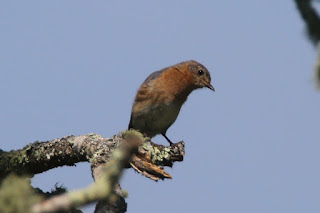 On my way out, I checked eBird reports for Vermont and was elated to see that a Bicknell’s Thrush had been reported in the Okamo Ski area above 3000 feet.  This was a bird I coveted but have never been close enough to anywhere they breed in the summer.  Many reports of these birds told tales of long, laborious hikes to see them, similar to hiking for the Colima Warbler.  But I had a whole day and I would also be ticking off my thirds new state for eBird at the same time.  I drove to within an hour of the ski area and stayed close to Guildord VT for the night and was on the road by 6:15.  I had hoped the road to the peak was open in the summer and I might save a bit of hiking.

It turned out the ski road was open to within about a third of a mile from the peak and the gps coordinates from eBird for the Bicknell’s Thrush was exact and I was able to park at the side of the road right next to where the birds were calling.  I could hear them, or it,(with the canyon echos, I wasn’t sure if I was hearing more than one), even before I was out of the car.  The Bicknell’s Thrush has a very  distinctive call and it’s much easier to identify by ear than visually, as it resembles the Gray-cheeked Thrush.   Another Lifer in just two days, number 681 for my ABA area list and I have now birded in 31 of the 50 states.  Many of the missing states on my list are in the Mid-west. 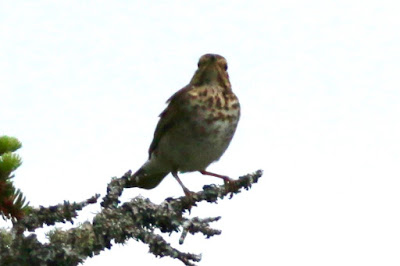 Next up, my annual trip to British Columbia.  Thanks to eBird I know of two potential Lifers within driving distance from Vancouver, a Pacific Golden Plover and Arctic Loon!