Picture of the Day: Flycatcher and Flicker

An Olive-sided Flycatcher and a Northern Flicker share a tree and some bugs in Cedarbrae Ravine in Scarborough this morning. 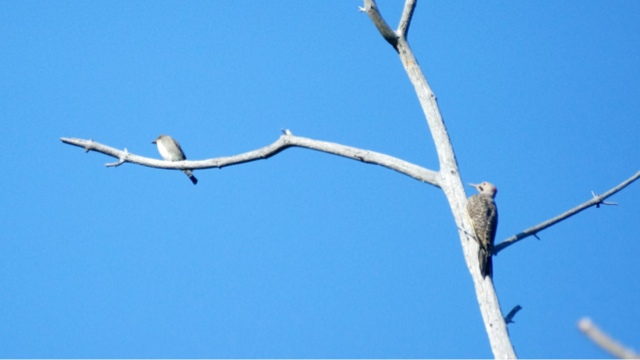 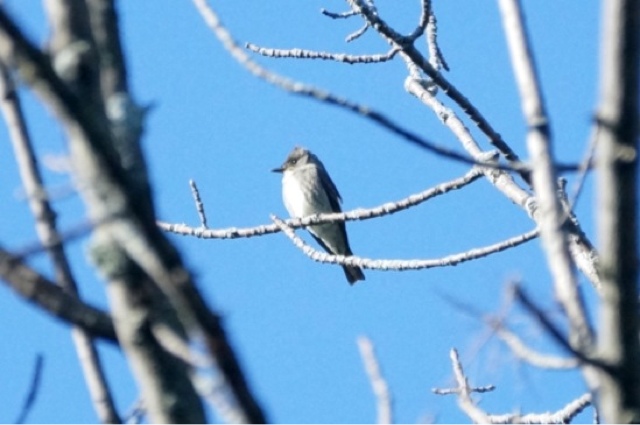 That's all I really had time for.  Last year at this time I took the morning off to head out to Whitby for a Buff-breasted Sandpiper, and after I found it, showed it to a woman named Margaret.  Well, on my stop at Nonquon Lagoons this morning looking for Red-necked Phalaropes and a Pectoral Sandpiper, I ran into her again and she showed me where  the Phalaropes were feeding.  That was nice.

We spent the rest if the time looking for the Pectoral Sandpiper, but only found Lesser Yellow-legs.  However, while I was trying to get a closer look at some shorebirds, I flushed a Wilson's Snipe, and we both got to watch it for a minute or so until it vanished into the reeds.  Both birds were year firsts for me and the Snipe was new for my Ontario Life List.  We also got to see at least a half dozen juvenile Black Terns.

Prior to Nonquon I stopped briefly at Reesor's Pond, where last July I saw a Stilt Sandpiper.  I met Bill and Mai, who were looking for the Baird's Sandpiper that had been reported a couple of days earlier.  It took about 10 minutes, but Mai was the first to find the bird.  There had also been a Semipalmated Sandpiper reported, and across the pond, it is hard to tell without a good, long look.  But after about 10 minutes of watching the bird and studying its beak, we all agreed it was a Baird's.

So, three new year birds for my year in one morning, giving me a modest 265 for the year.  After a 12 month marathon to see 601 last year, 300 would be a fine number to finish with in this year of more relaxed birding. 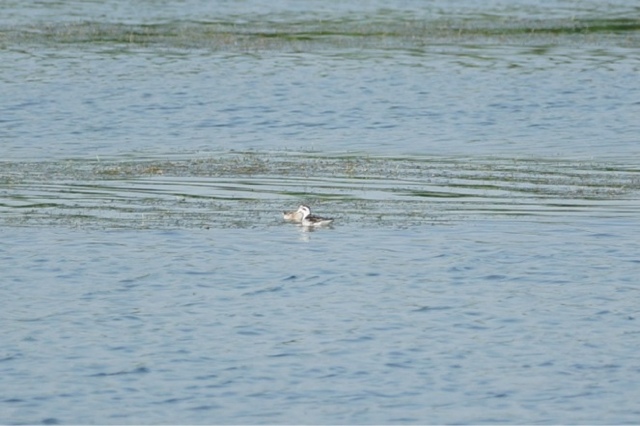 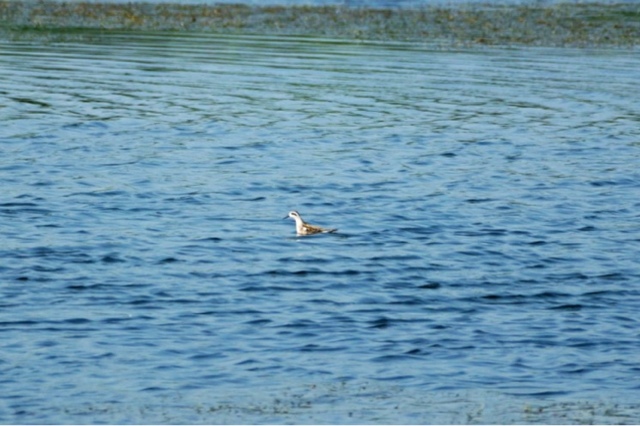 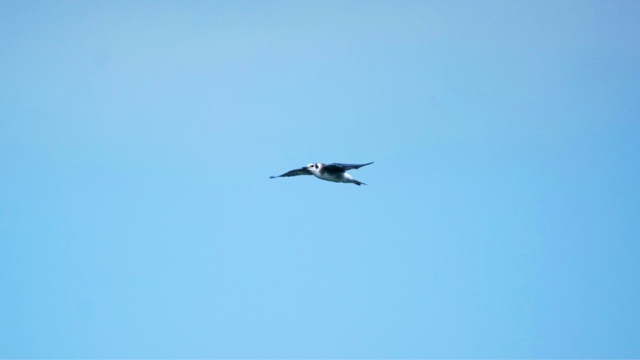 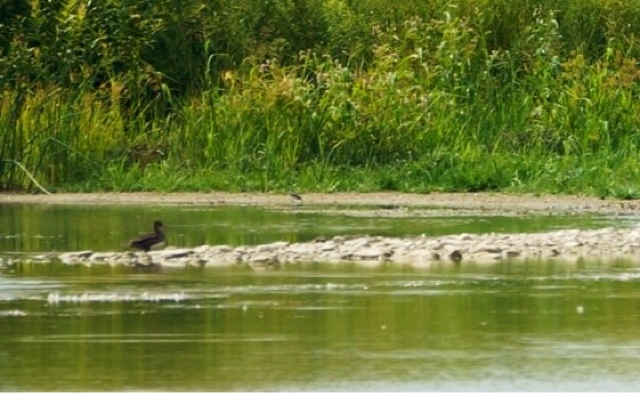 Photo(s) of the Day

Those Diva Swallows: "Please, no photos!" 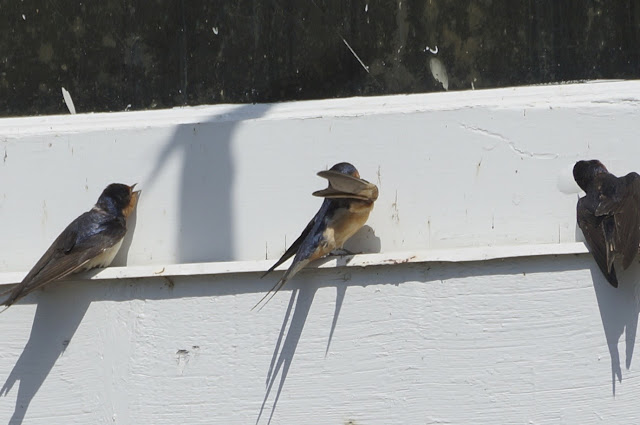 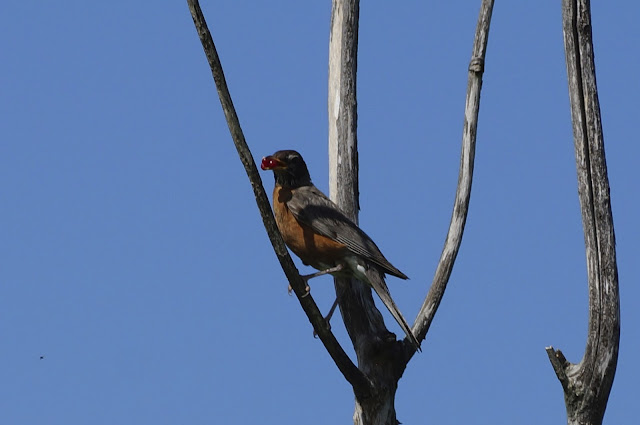 Earnest Hemmingway's Polydactyl Cats are amongst the most famous cats in North Amarica, and though I have been to Key West several times in the last 18 months, I never really had time to visit the Hemingway house and these marvelous kitties.  Back in 2012 I was only interested in birds and didn't even know there were 6-toed cats,(polydactyl, meaning having extra digits or fingers), living in Key West.  For that matter, I hadn't even known there was even such a thing, until I saw them featured on an Animal Planet show called, Must Love Cats.  And I do love cats, even more, I must admit, than birds.

So, on my trip to Key West to find a White-crowned Pigeon,(see previous post), I made a point of just being a tourist for a day and toured the Hemingway House.  Not so much for Hemingway history, of which I did learn a little, but for the chance to see and count as many of the 45 resident 6 toed cats as I could.  Kind of like a Big Day, but with cats.

As the story goes, Hemingway was a true lover of cats, admiring their spirit and independence.  The first of these unique cats came to Hemingway as a gift from a ship's captain, and was thought to be a Maine Coon with extra toes.   Many of the cats present today are directly descended from Snowball, the fluffy, white cat that started it all, though I never did find out how Snowball was bred to create the 45 polydactyl cats that now live there.  They still have a home, thanks to a provision in Hemmingway's will that they would always be cared for.

As I roamed the grounds, the house, the balconies of the estate, I saw and counted cats around every corner and learned that they all were named after movie stars, famous authors and characters from books and movies.  I met and was politely bit by Truman Capote.  I was not the only one there just for the cats, but may have been the only person who kept a running count.  Must be the lister in me.

By the end of my tour I had counted at least 26 individuals, photographing most of them.   I finished my tour, not with a cat, but at the world's most famous cat fountain.  Many years before it served as a urinal in Sloppy Joes's bar, an institution that is still in business today.  If you're a birder who is also a cat lover, I highly recommend that you stop by the Hemingway House and Museum next time you're birding in Key West.

Back to the birds, I have updated my February 9th Blog to include the Orange-crowned Parrot, I saw after finding the La Sagra's Flycatcher.

Here are just some of the many 6 toed cats I saw that day: 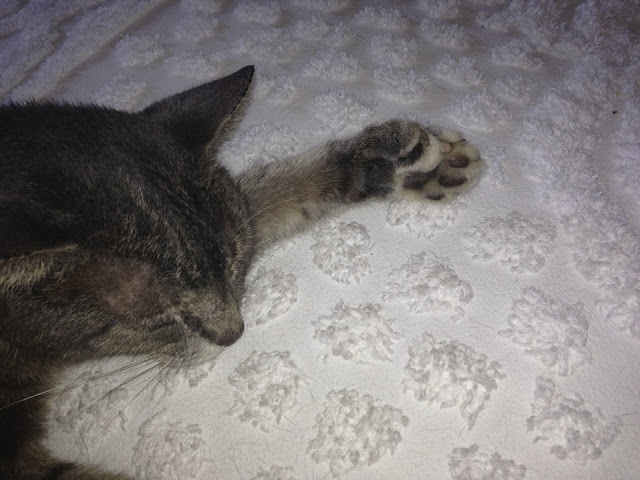 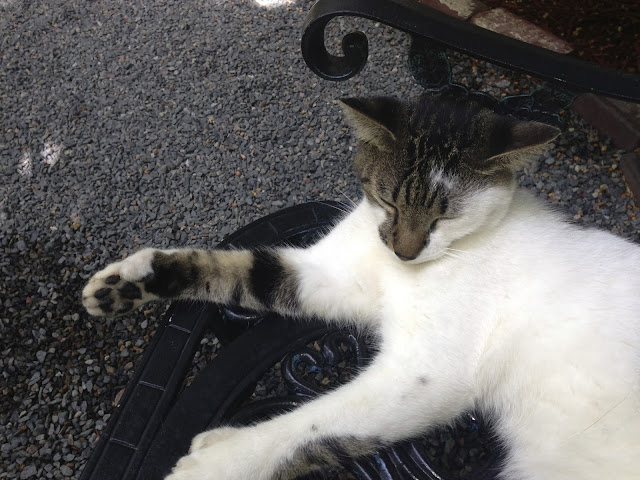 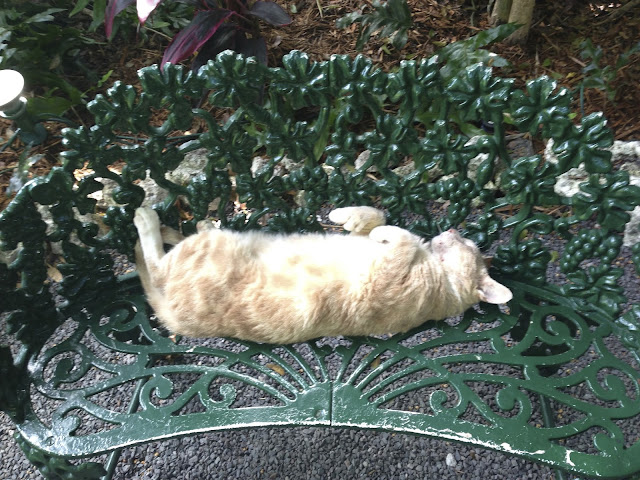 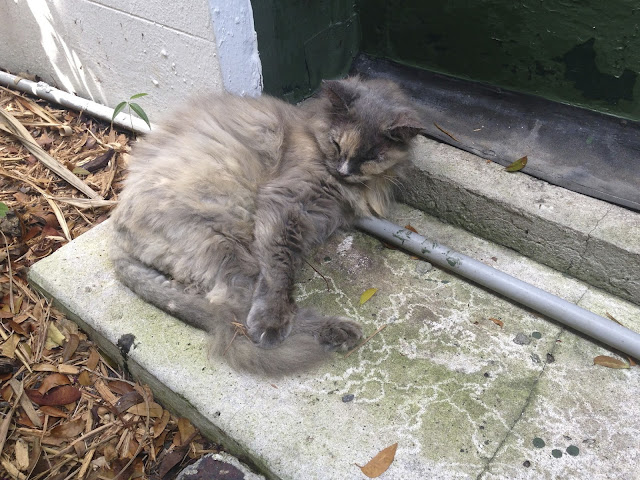 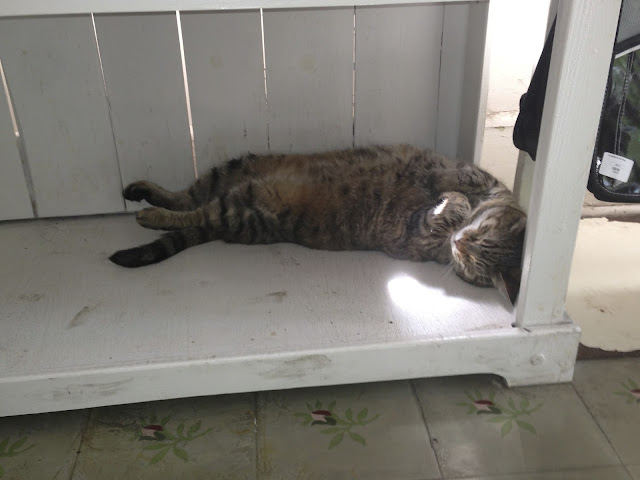 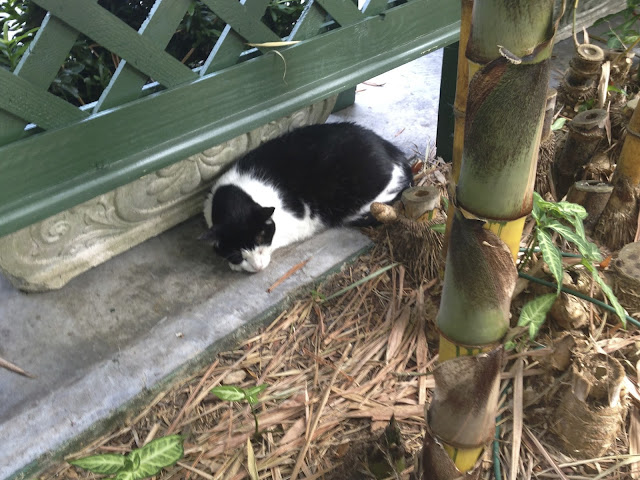 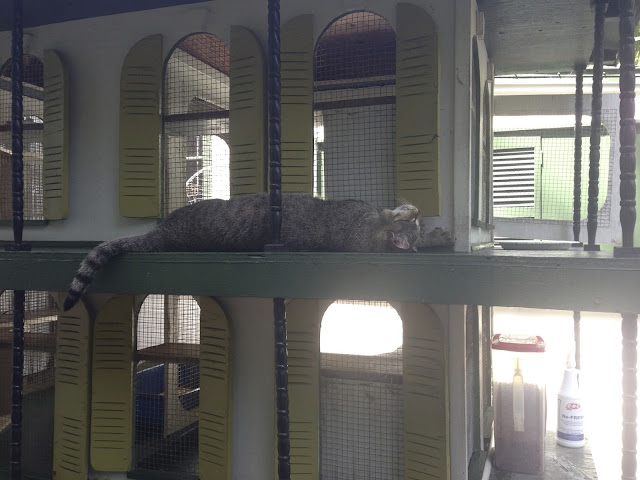 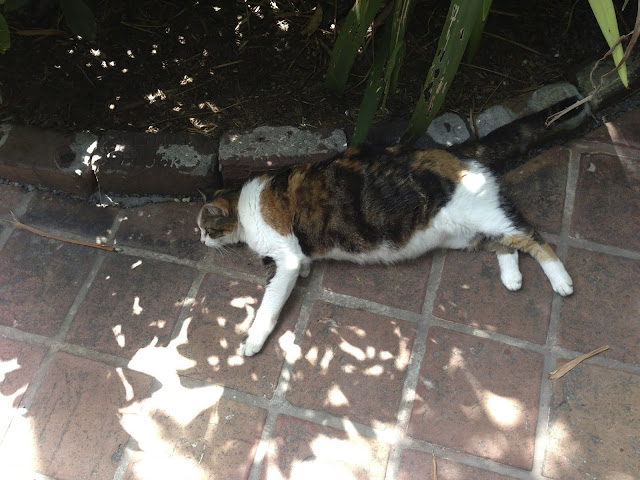 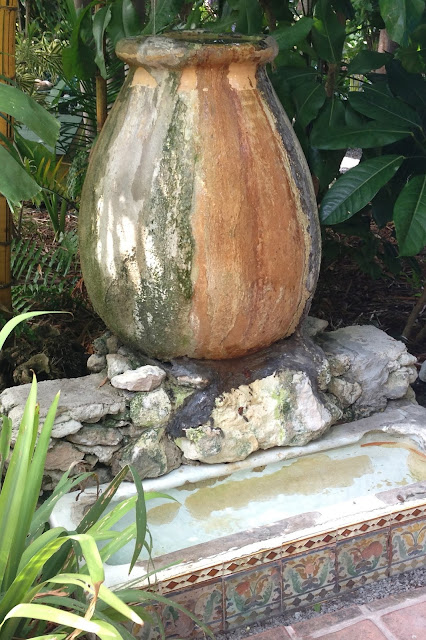 I haven't done a heck of a lot of chasing this year, but a trip to Florida gave me the chance to find a Purple Swamphen, a bird that was added this year to the official ABA list.  Turns out, if you know exactly where to go, the Purple Swamphens are pretty easy to find.  Of course, if the last reporter on E-bird put in the wrong coordinates you end up in a residential community looking at a pair of Green Herons, instead of Swamphens.  It was worth the trip, though, to see the baby Muscovy Ducks.  Soooo Cute!

However, once I had a better report, I was headed over to the Dolphin Mall in Miami and at the edge of the marsh, at the edge of the parking lot, 4 very cooperative Purple Swamphens frolicked for me and my camera.  Never expected to get a Lifer at a shopping Mall.

I was also able to get some nice photos of Miami's famous Spot-breasted Oriole, which is found in A.D. Barnes Park, if you know exactly where to look, in the woods by the swimming pools.

Best of all, I was finally able to get myself some great photos of White-cowned Pigeons.  I didn't see one, and it was only in flight, until the 30th of December last year.  It was my last bird of my Big Year, but no photo.  This morning, on my last day in Florida, down in Key West at Fort Zachary, I saw several of them in flight, then one alighted atop a tree and just stayed for about 5 minutes, so I could get my photo.

Oh, and as a bonus, up in Orlando, at Lake Eola Park, in the heart of downtown, where they have a swan
pond, I got a chance to see Whooper Swans.  Of course, they are not countable anywhere but in places like Attu, where they are rare indeed.  But I can put it on the list with the Black Swan, of which, Lake Eola also has plenty. 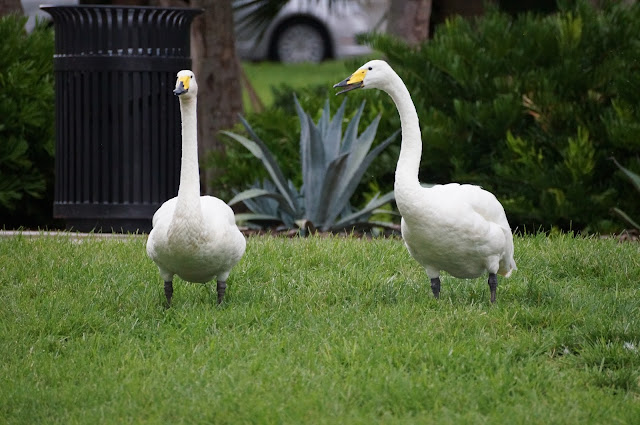 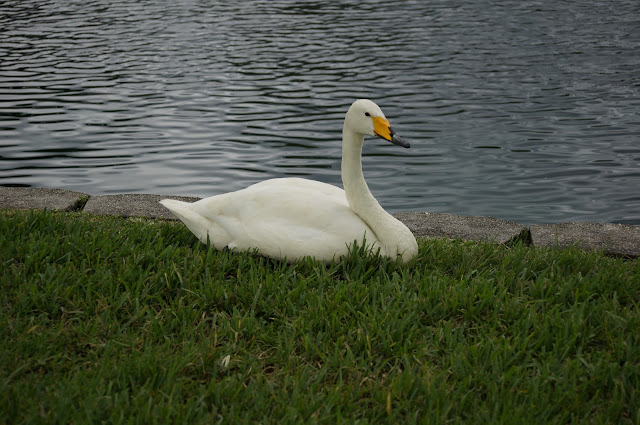 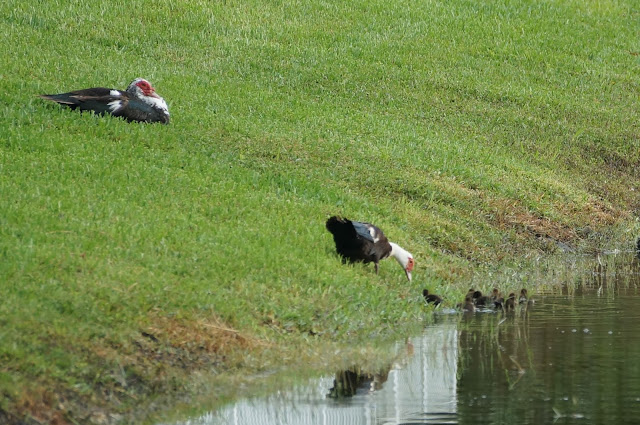 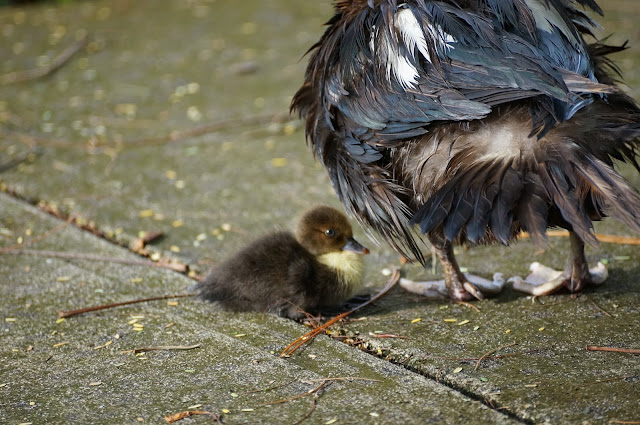 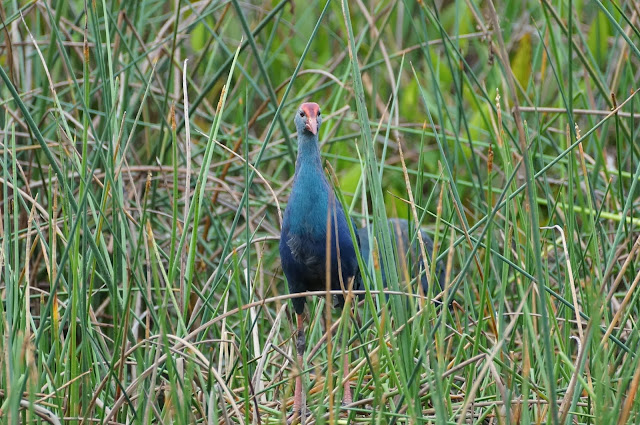 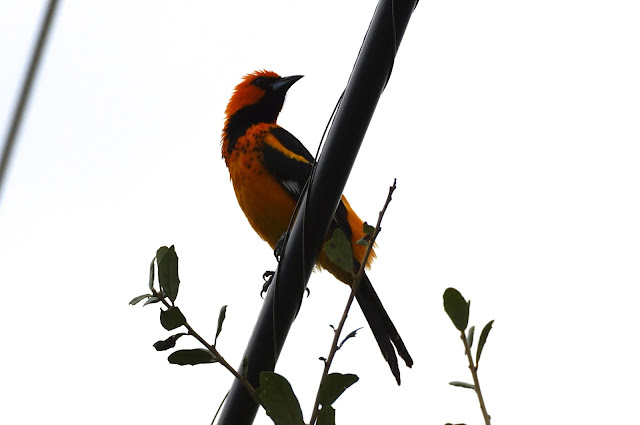 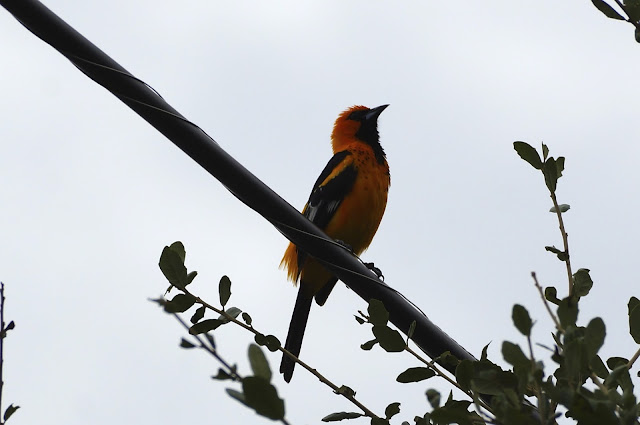 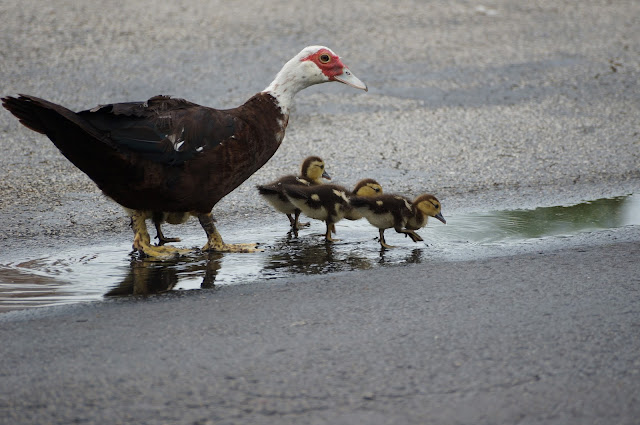 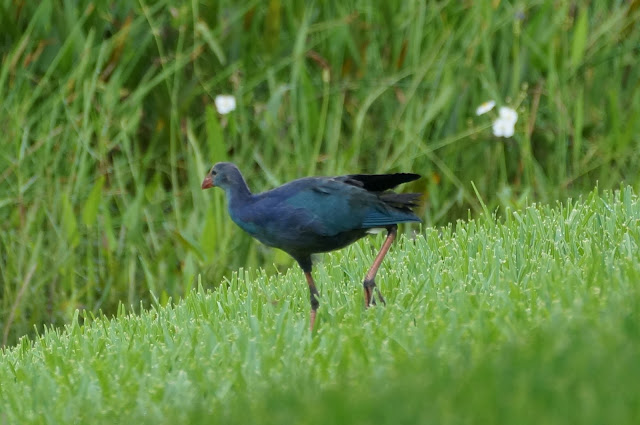 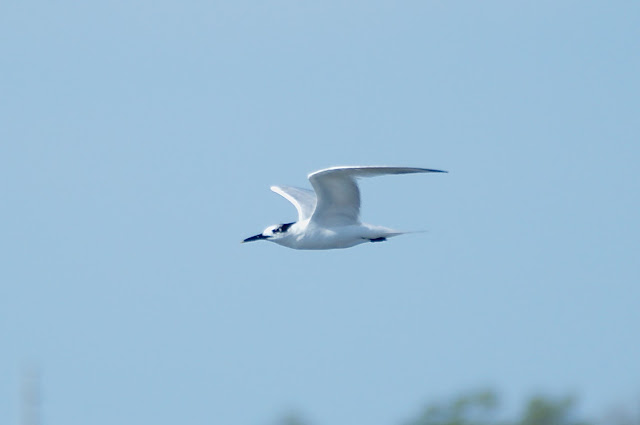