December 1, 2019 marked my 700th consecutive day of submitting an eBird list.  I have gone birding almost everywhere in Canada and the US along with Panama and Ecuador since I started my list on January 1, 2018.  Sometimes it was a full day of birding in the rain forest, and other times it was the regular visitors to my feeders in my back yard.  There were days where I didn't see a bird until near sunset and other where I counted pigeons and crows outside my hospital room windows.  I'm hoping to make it to the end of the year without missing a day, but that depends on my surgical recovery later this month.

Since returning from Texas, I have birded mostly at home and out in Hamilton, as I was preparing  for a trip to Southern California, in and around San Diego.  Unfortunately I have suffered a little spinal injury that will require surgery in the coming weeks, so for now I will just be taking short day trips for birds.

Down at Colonel Sam I was able to see a late migrating Eastern Meadowlark and a Long-eared Owl: 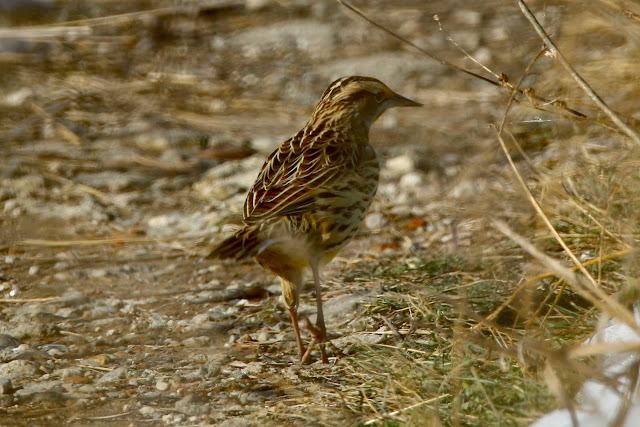 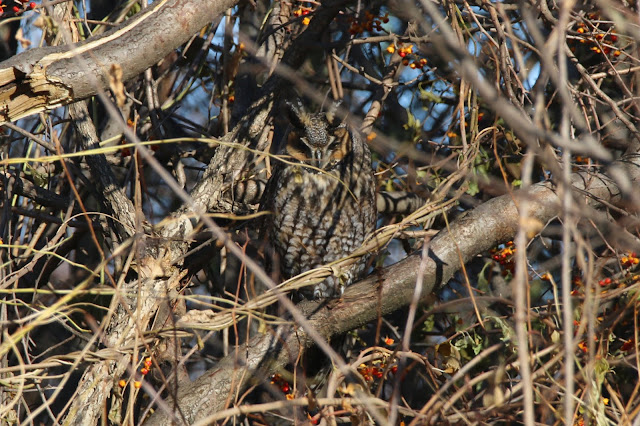 A few days later I headed out to Hamilton/Burlington to see if I could find a Barrow's Goldeneye.  They are not rare by any means, but they are certainly uncommon in these parts, so any chance to see one without too much of a drive is always welcome.  On the way to Grays Road, I stopped at LaSalle Marina to see what was there and was greeted by a leucistic mallard,(which according to eBird, someone mistook for a Garganey): 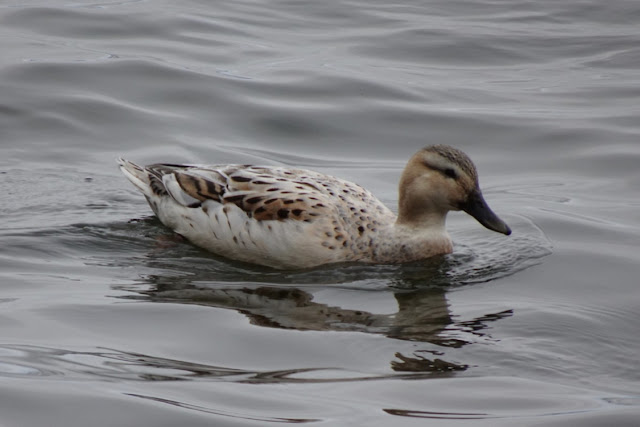 At my next stop, I was able to find the Barrow's Goldeneye, but my only shot of it with his head up was in bad light though my scope, and when the sun did finally come out, he was much closer, but was fast asleep: 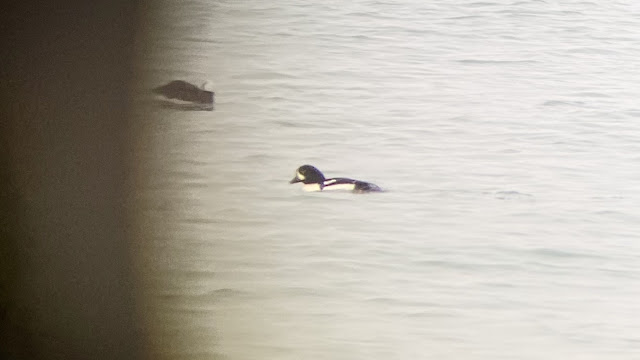 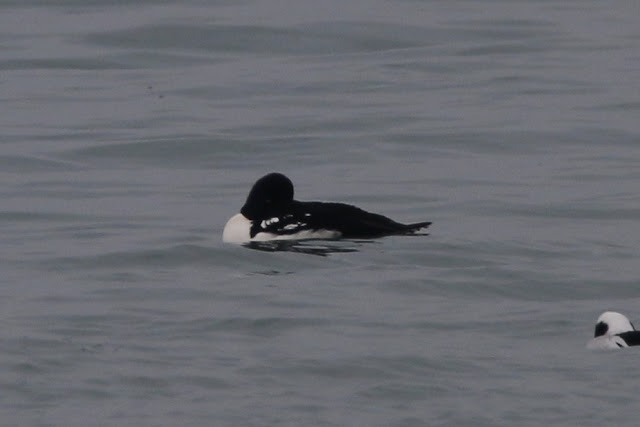 Getting back to owls, about a week later the first Snowy Owl of the season arrived at Col. Sam, meaning winter had officially arrived, even if the previous week's snowfall had all melted. 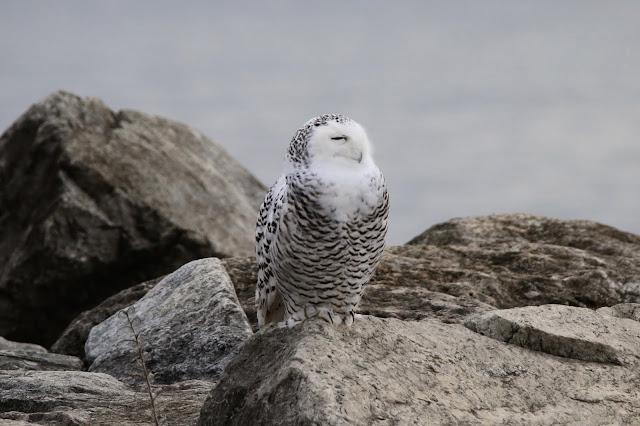 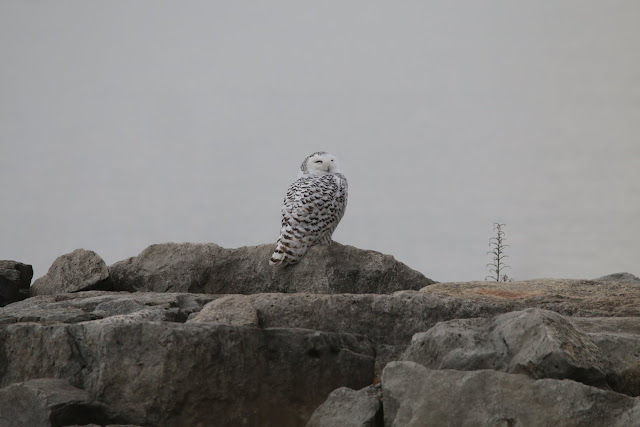 Yesterday was not just for the birds, but specifically for the gulls.  There was a Black-headed Gull down in Niagara-on-the-Lake, which I was unable to see last year, through no lack of trying, and a returning Slaty-backed Gull which I had seen at flying over the Mohawk Landfill in Brantford a year ago, but had a lousy photo of.

With the help of fellow rare bird chasers Garth and Nancy, I was able to see both.  The Black-headed Gull was number 333 for my Ontario Life List, though a photo was not really possible as it could only be seen in flight over the whirlpool rapids on the Niagara River. 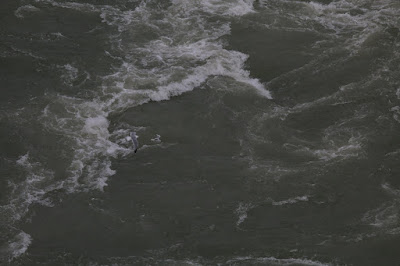 I was luckier with the Slaty-backed Gull this time, getting a photo with my DSLR after getting a good look at it though Garth's scope: 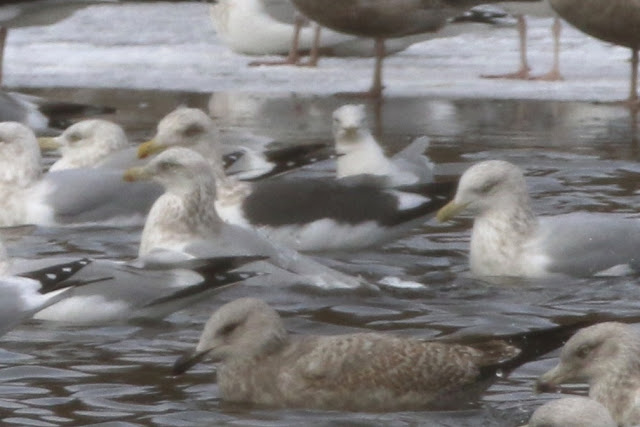