After returning from Cape May it was time to find warblers in Colonel Sam Smith Park.  Most of the warblers had left Cape May by the time we got there, though I did finally see a Cape May Warbler in Cape May, they were just peaking in the Toronto area.  I was hoping to see Canada, Bay-breasted and Mourning Warblers amongst many others and I wasn’t disappointed. There were even a couple of other birds that showed up that were new for my park list.

The most noteable of the new birds for my park list was a single Red Knot, just days after seeing hundreds in Cape May.  This one was on the rocks at Whimbrel Point, number 225 for my park list: 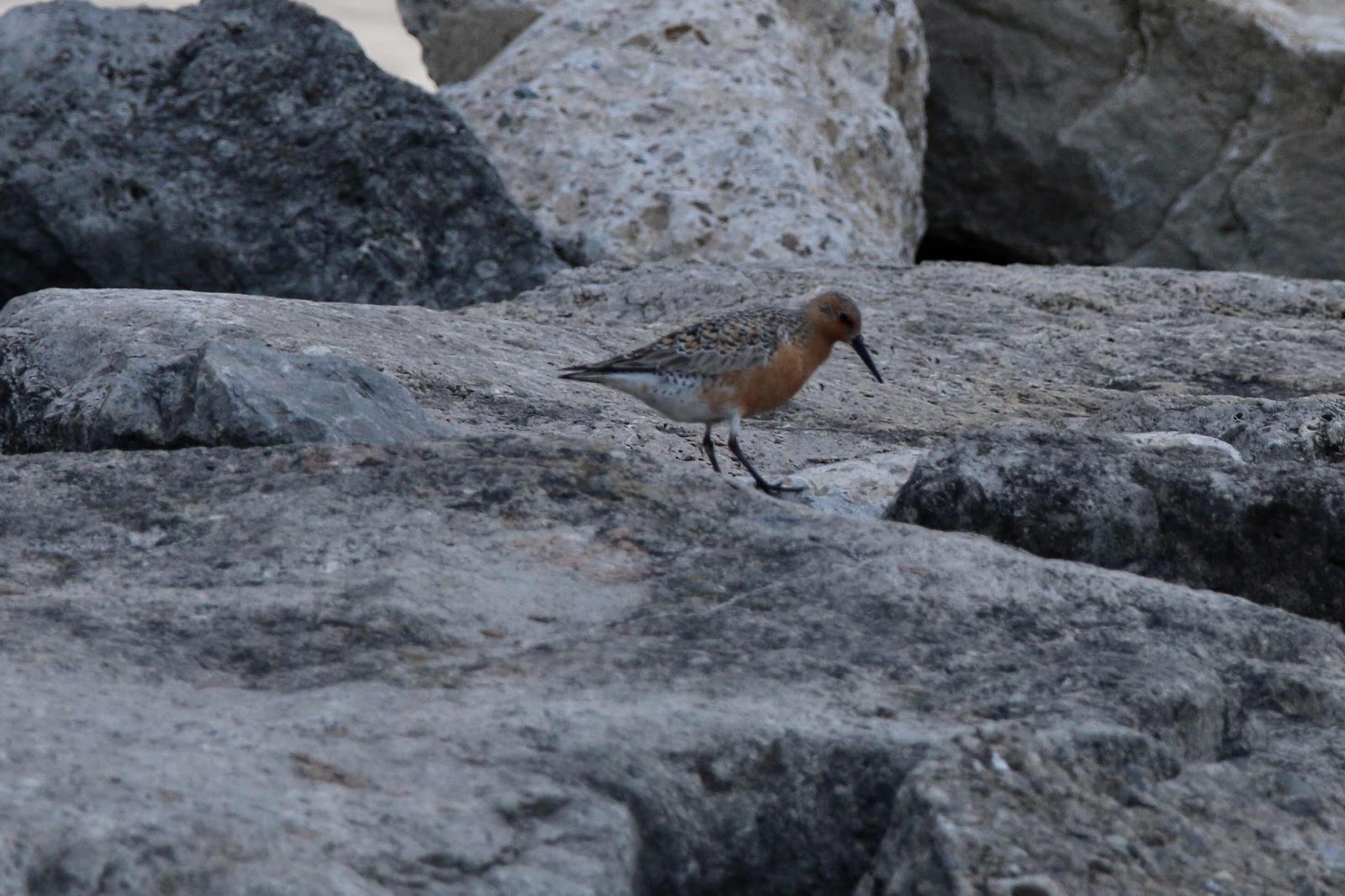 The next day we were treated to an amazing sight as thousands of Double-crested Cormorants descended on the bay just east of the point, in a feeding frenzy: 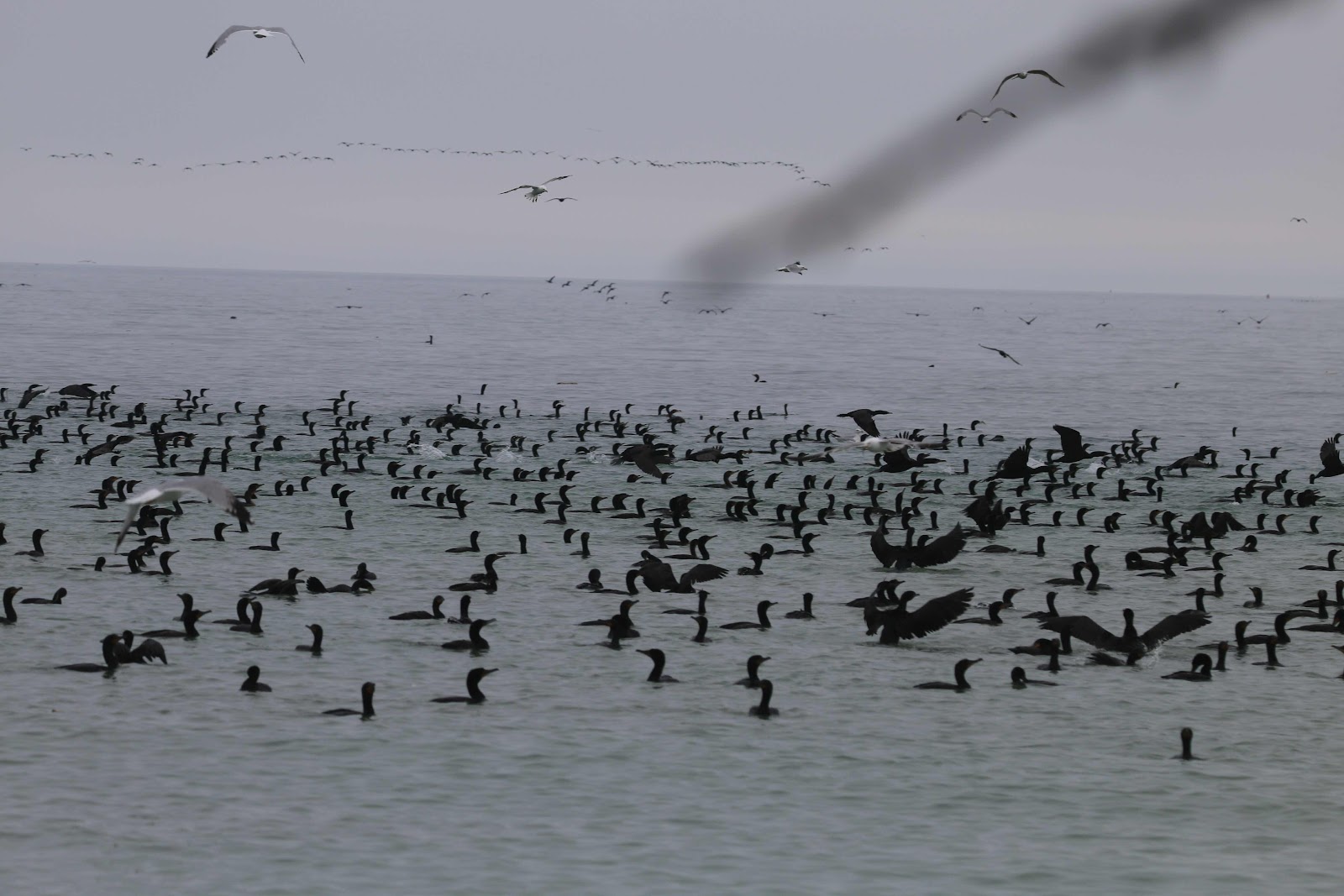 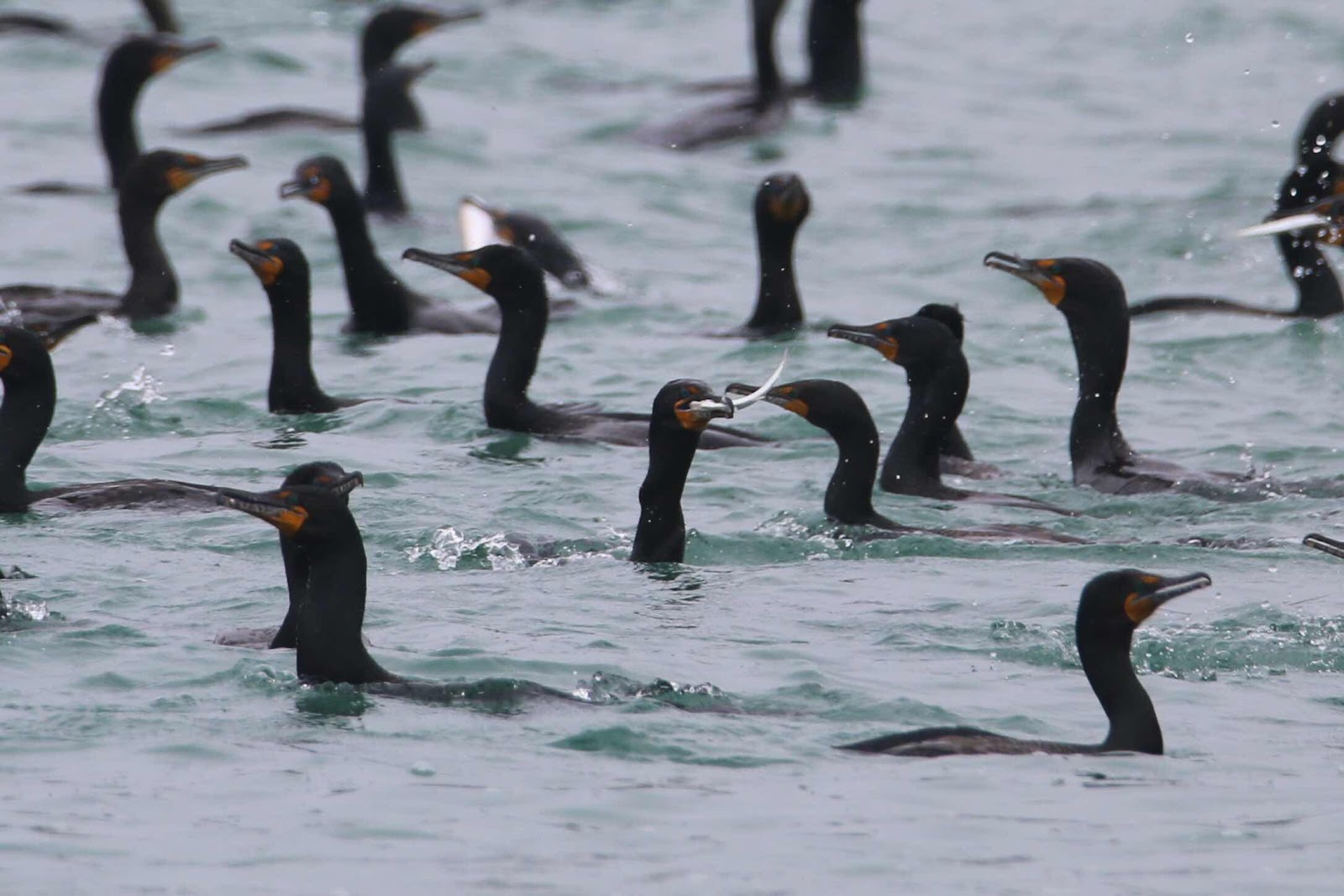 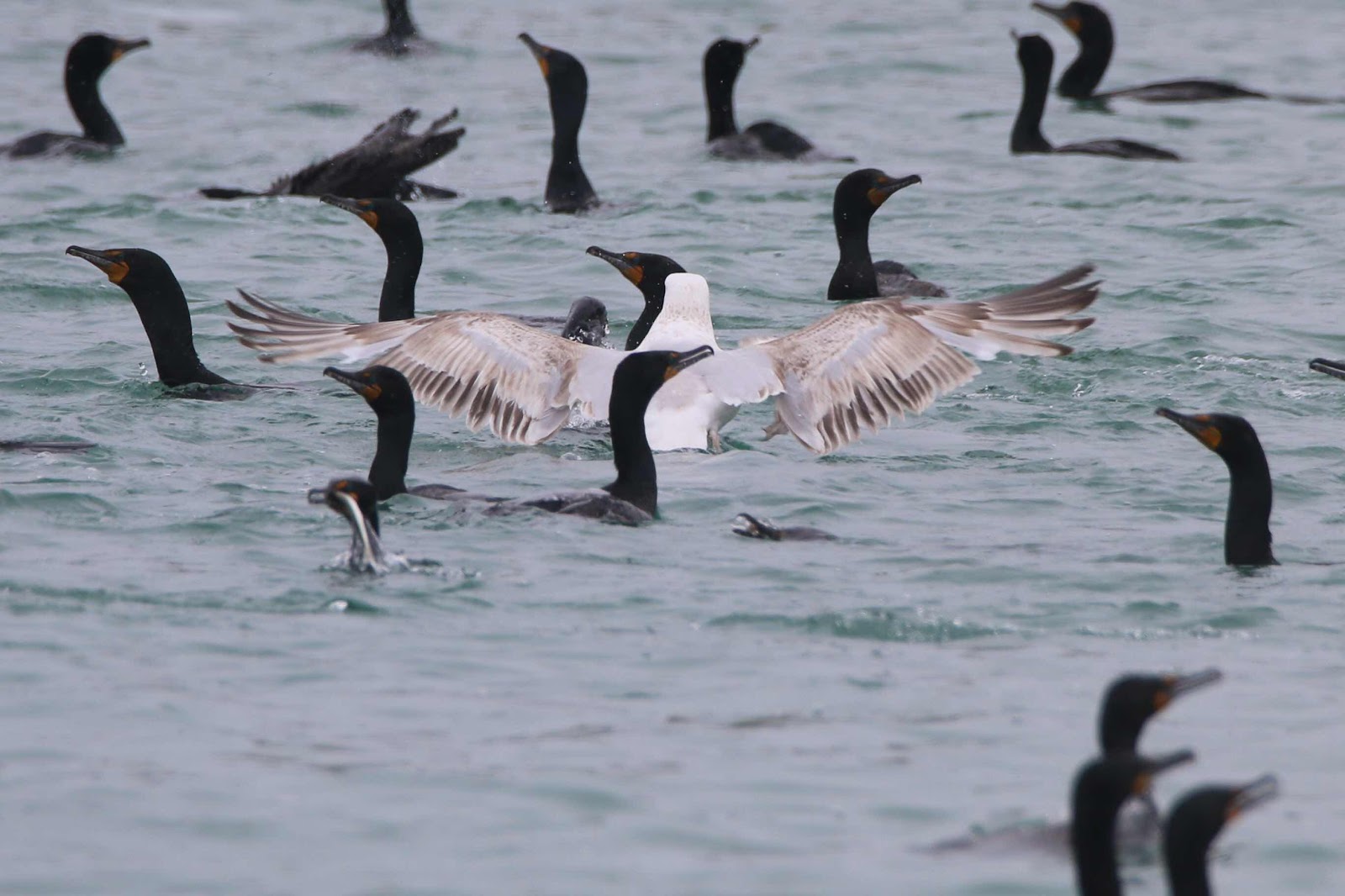 Next up was another new park bird, a Common Nighthawk that was sitting in a bare tree above the bike path near the parking lot, number 226 for Col. Sam: 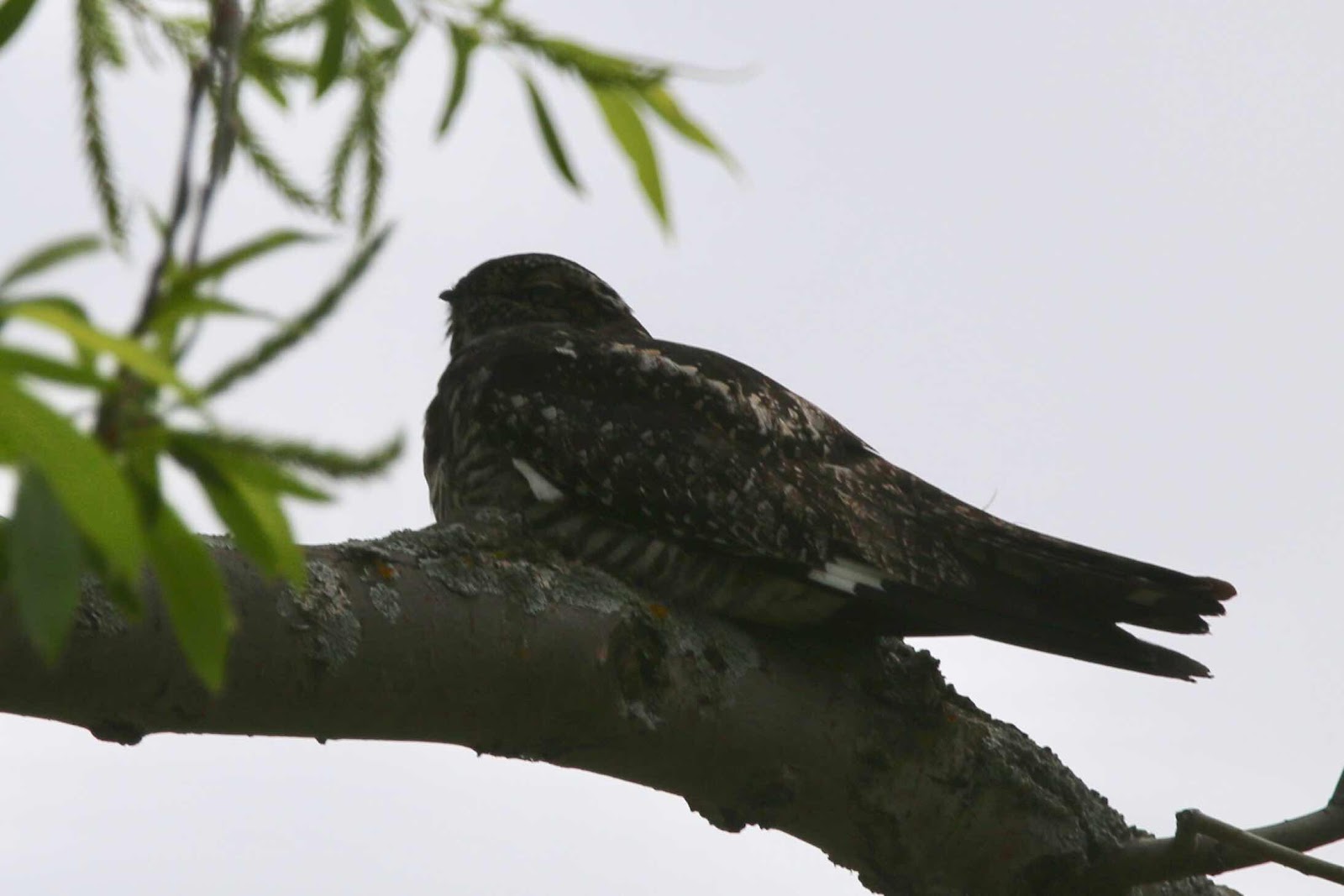 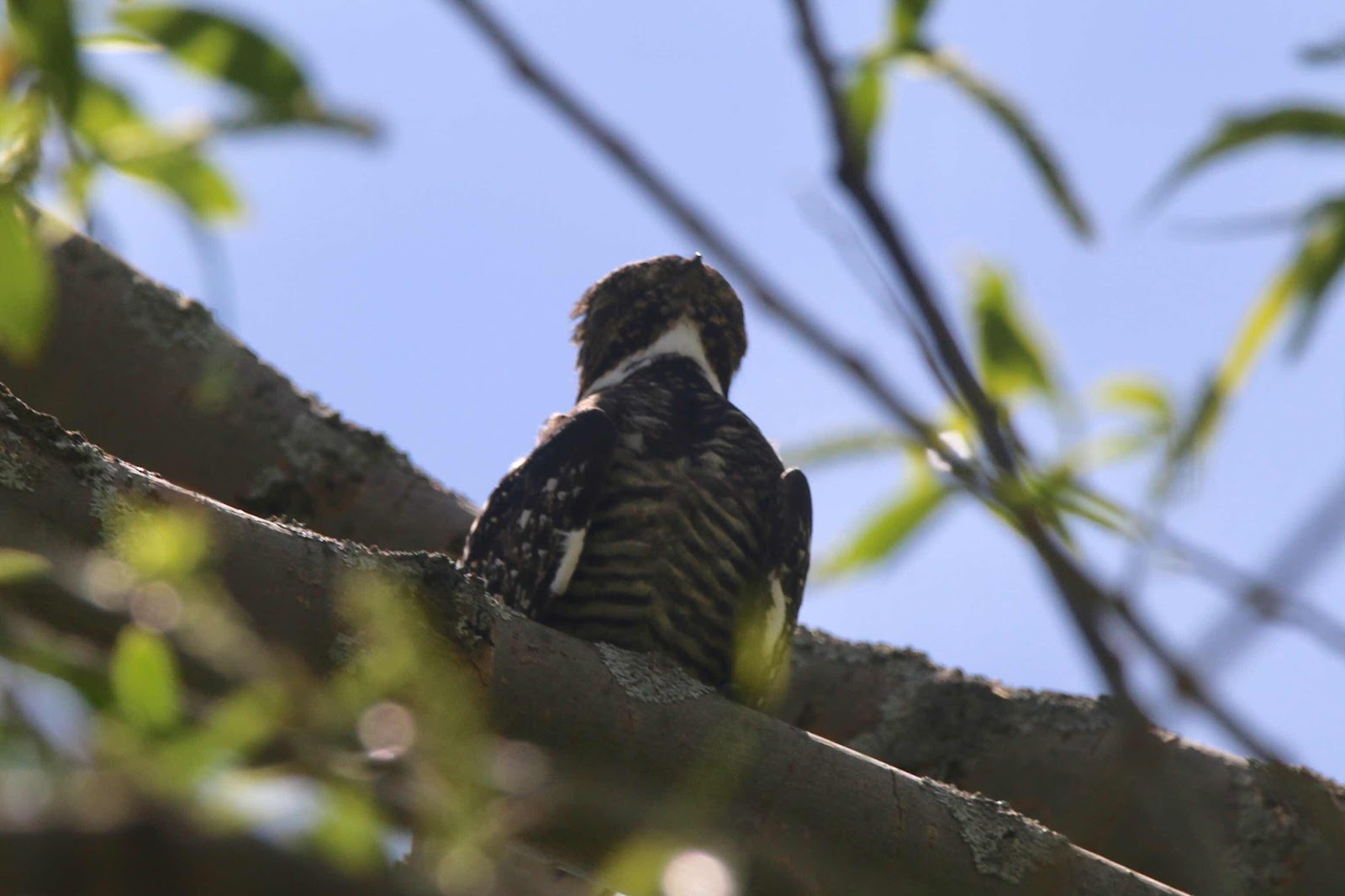 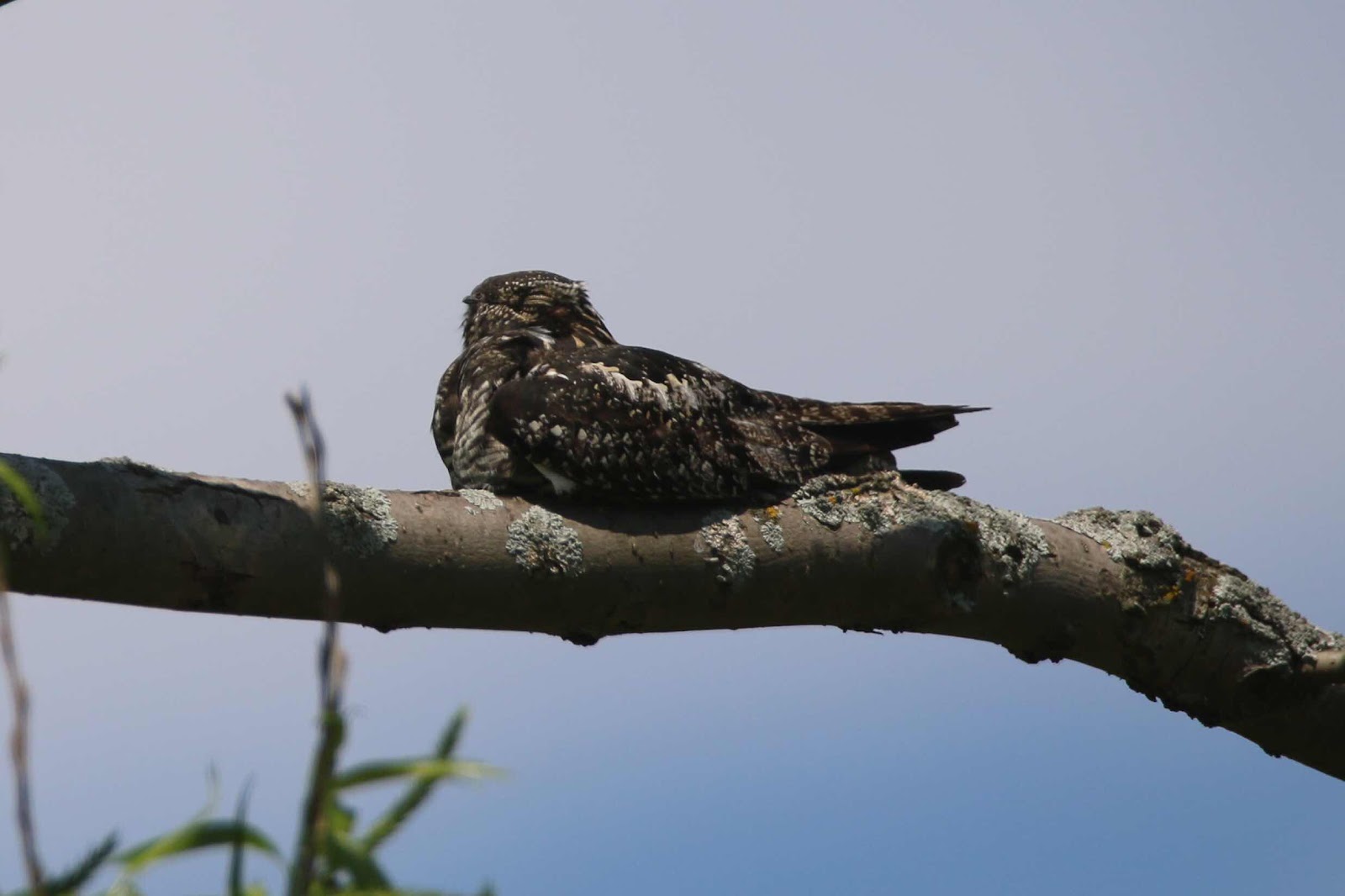 After seeing the nighthawk we were treated to great views of a Mourning Warbler in some bushes near the parking lot.  Rarely have I seen this reclusive little bird so well: 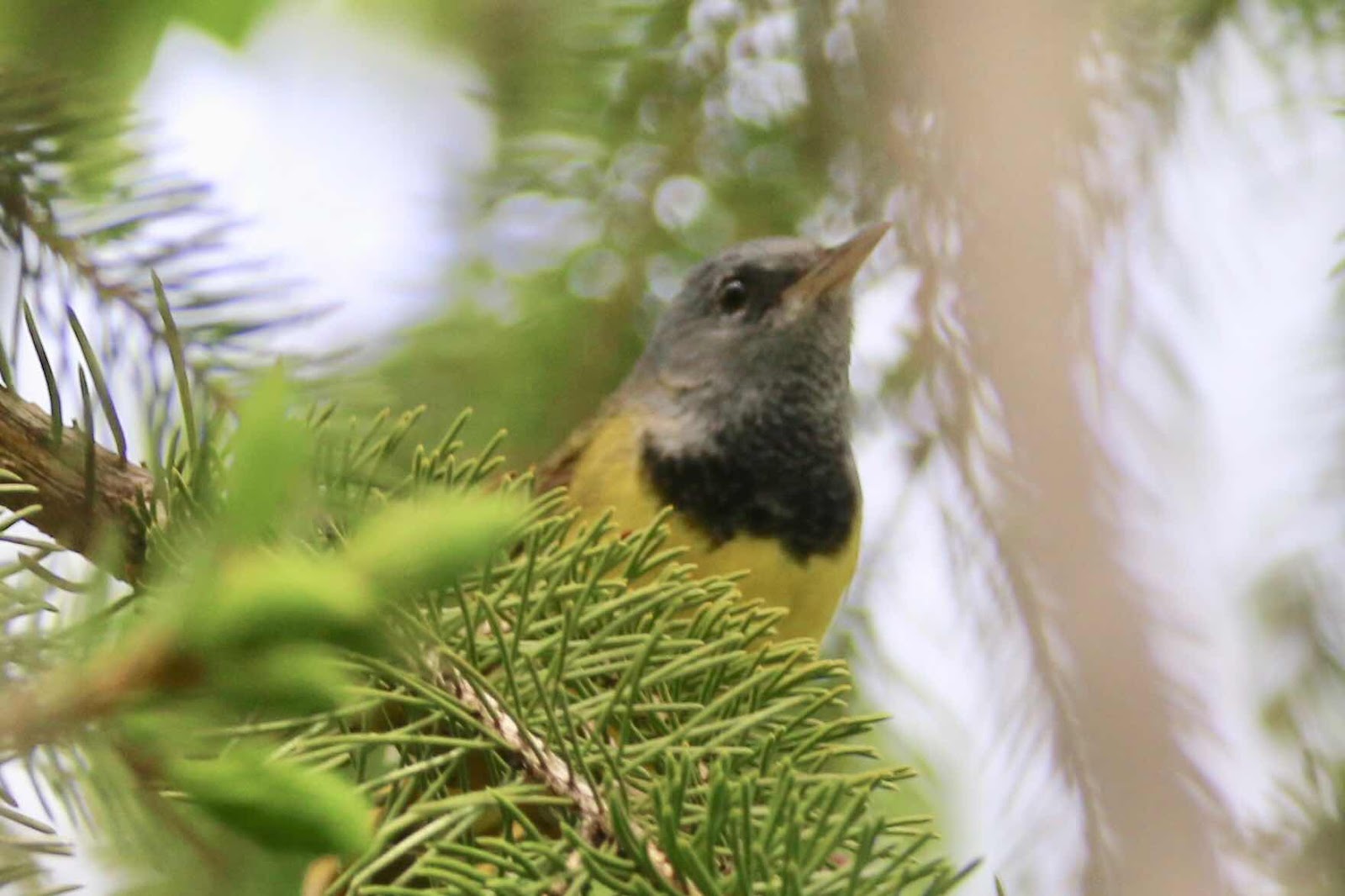 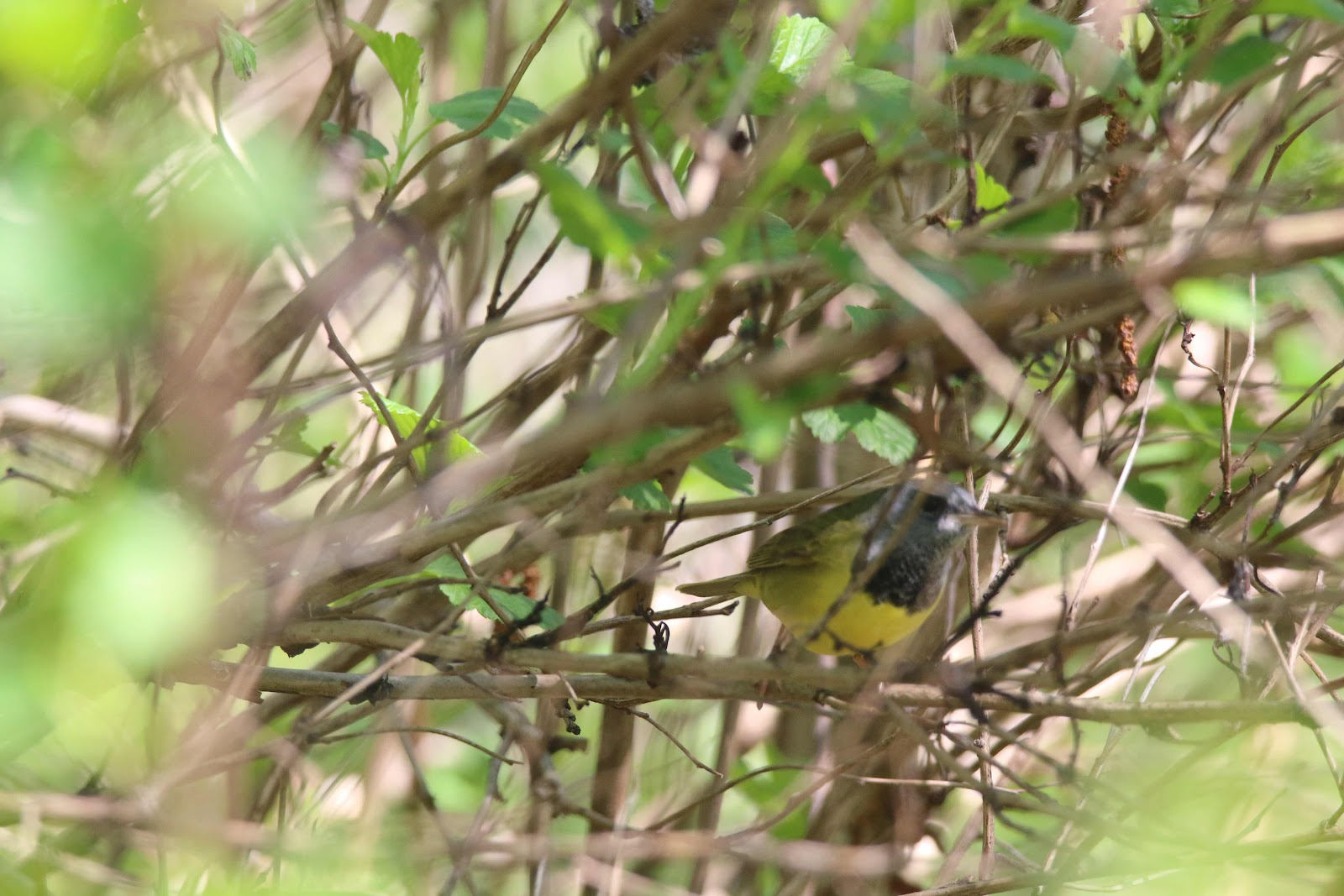 Once again the water levels in the park have risen to near record levels, resulting in trees seeming to be growing out of the lake and paths covered in water: 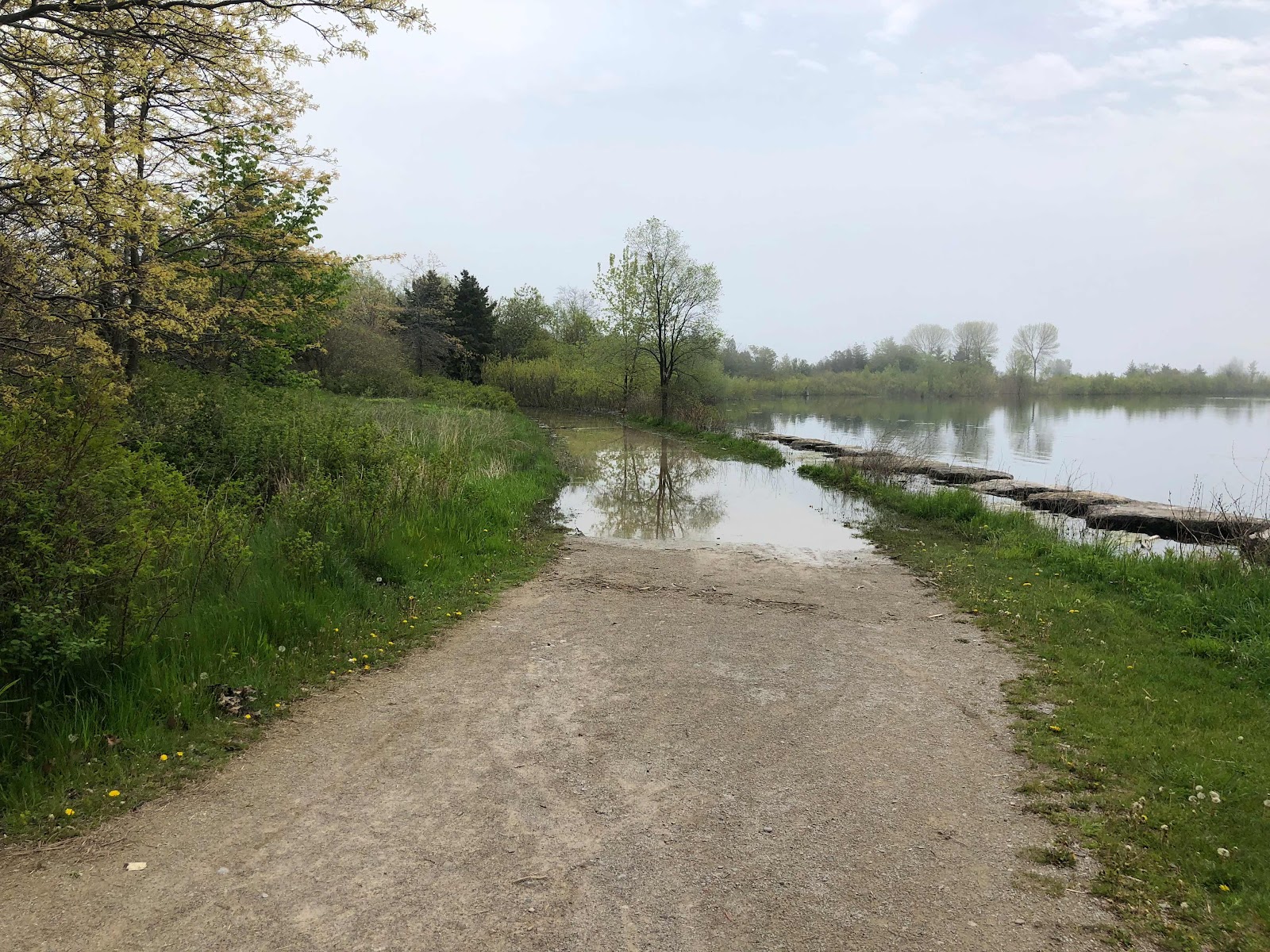 The Red-necked Grebes don’t mind, as they I have been able to create nests without the provided nesting platforms, though those nests have yet to produce babies.  One family were the proud parents of a single baby grebe, which is something I never get tired of seeing: 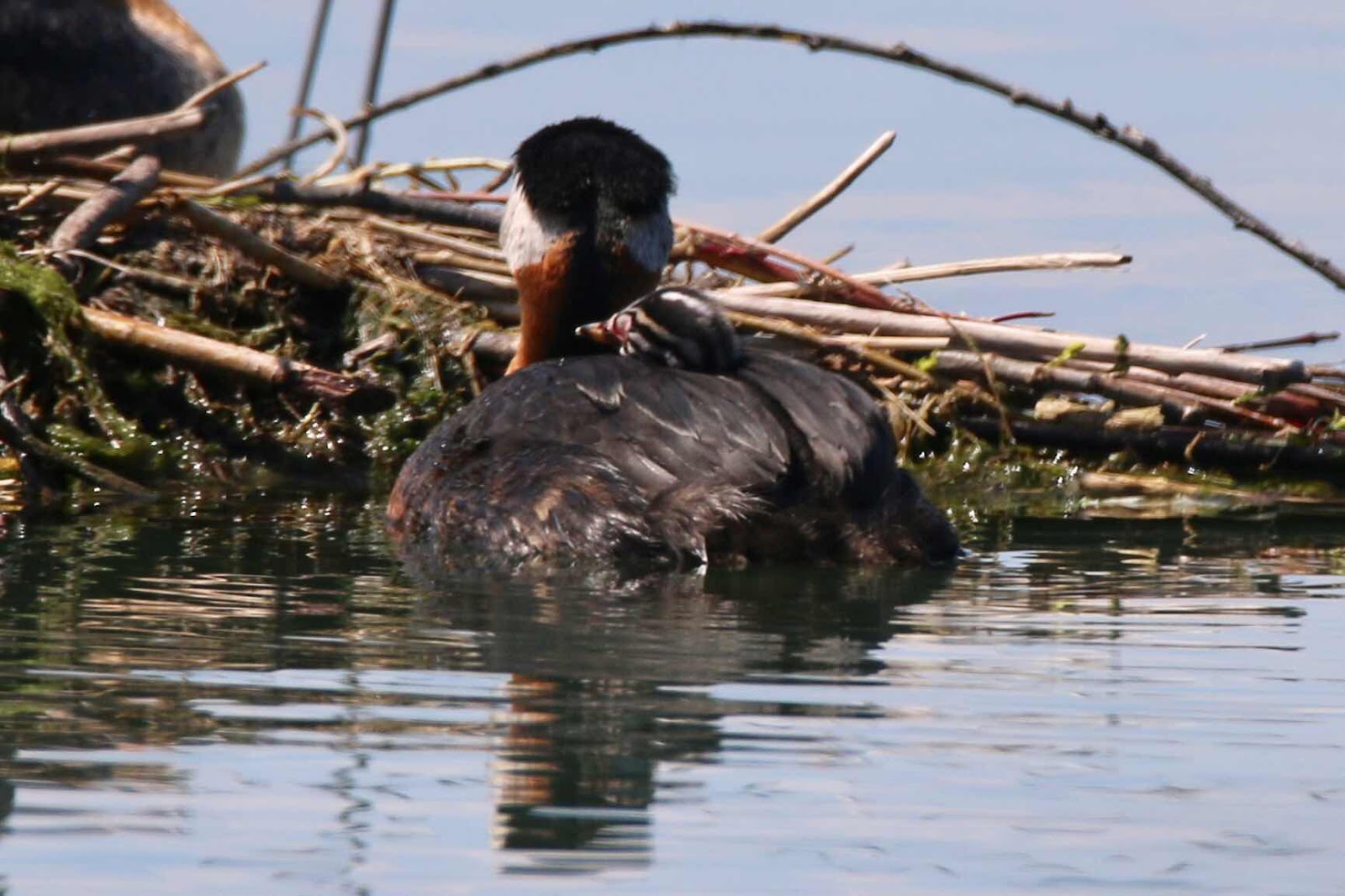 During the actual Whimbrel Watch, I only saw them in flight passing by Whimbrel Point, and at a distance.  But a week after the official end of Whimbrel migration I was treated to a pair of late comers on the rocks near the point, along with over a dozen Ruddy Turnstones: 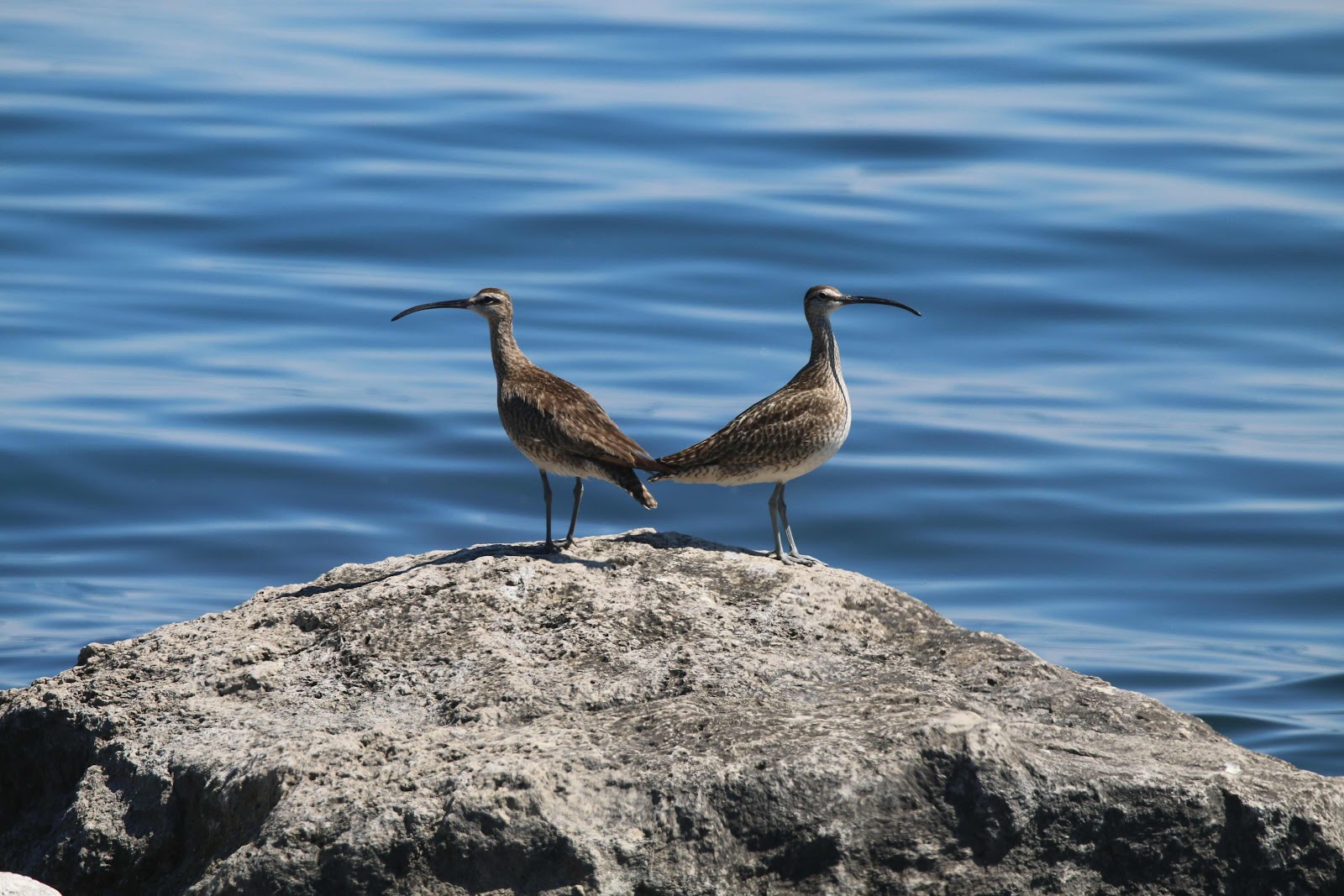 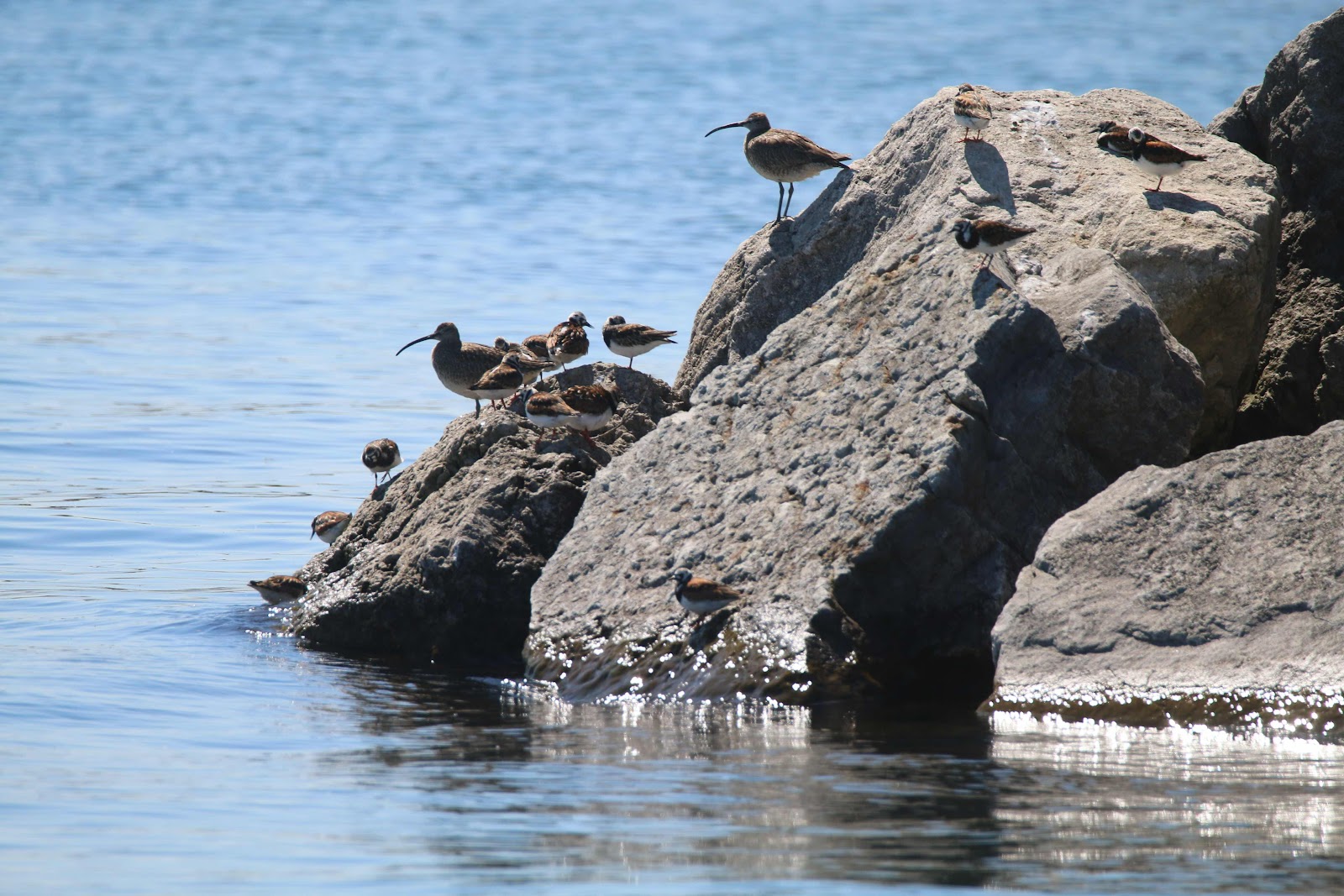 Along with the late Whimbrels, I found a late migrating Blackpoll Warbler pair near the flooded path the other day.  Perhaps they will hang around and nest here: 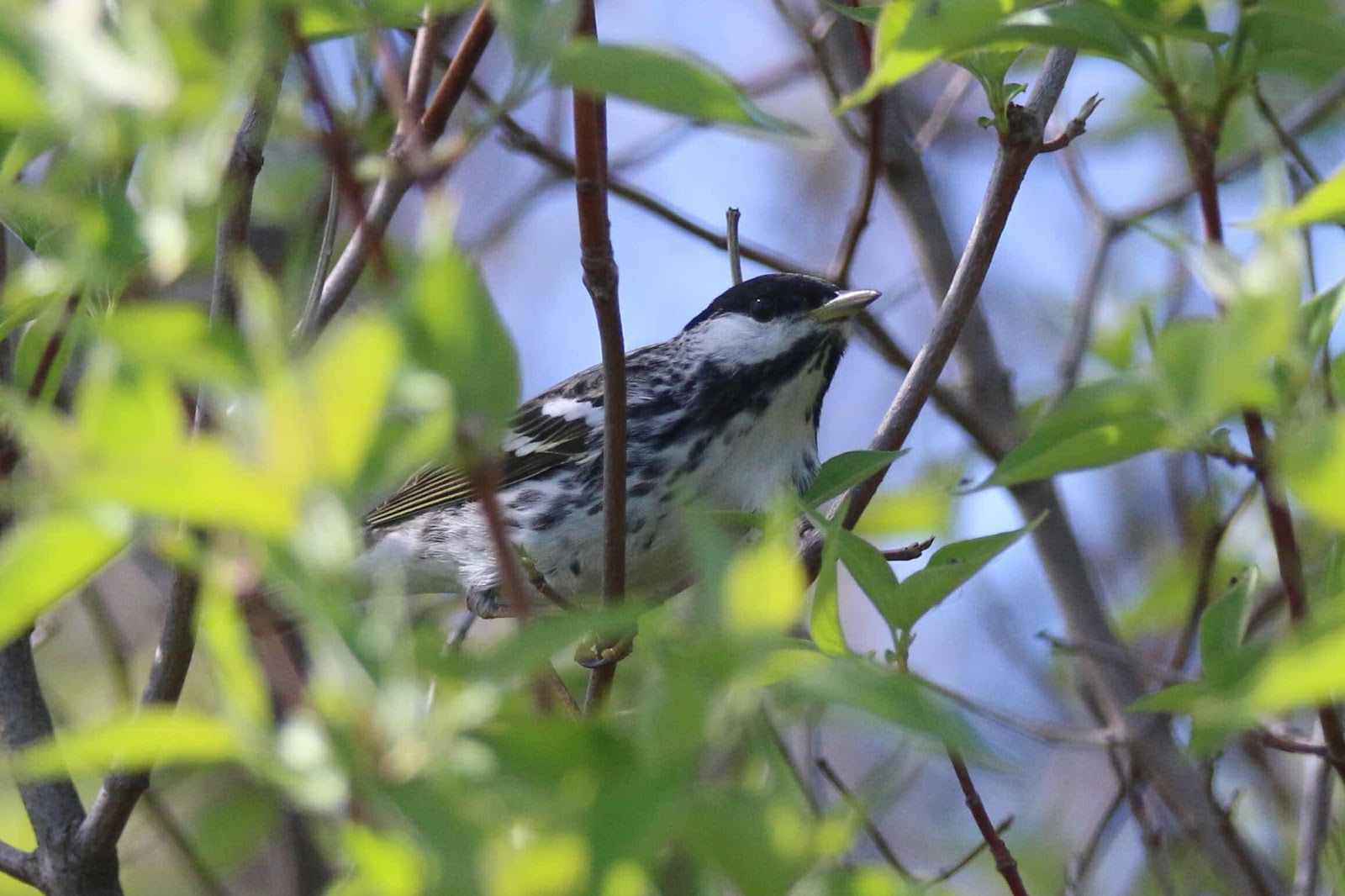 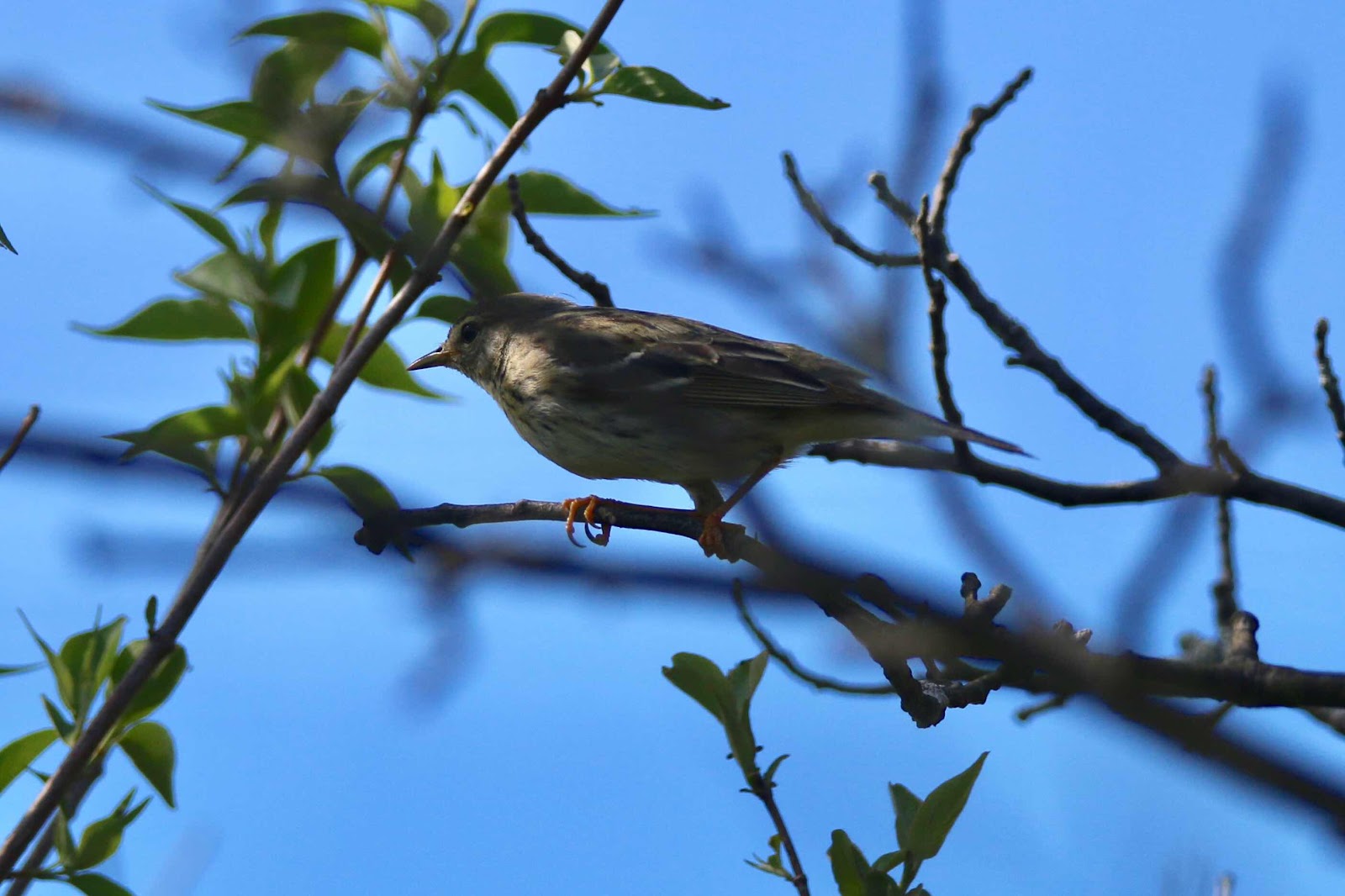 Other interesting sights were a Mallard enjoying a fish and a rare deer sighting in the Swallow Field, near the marina: 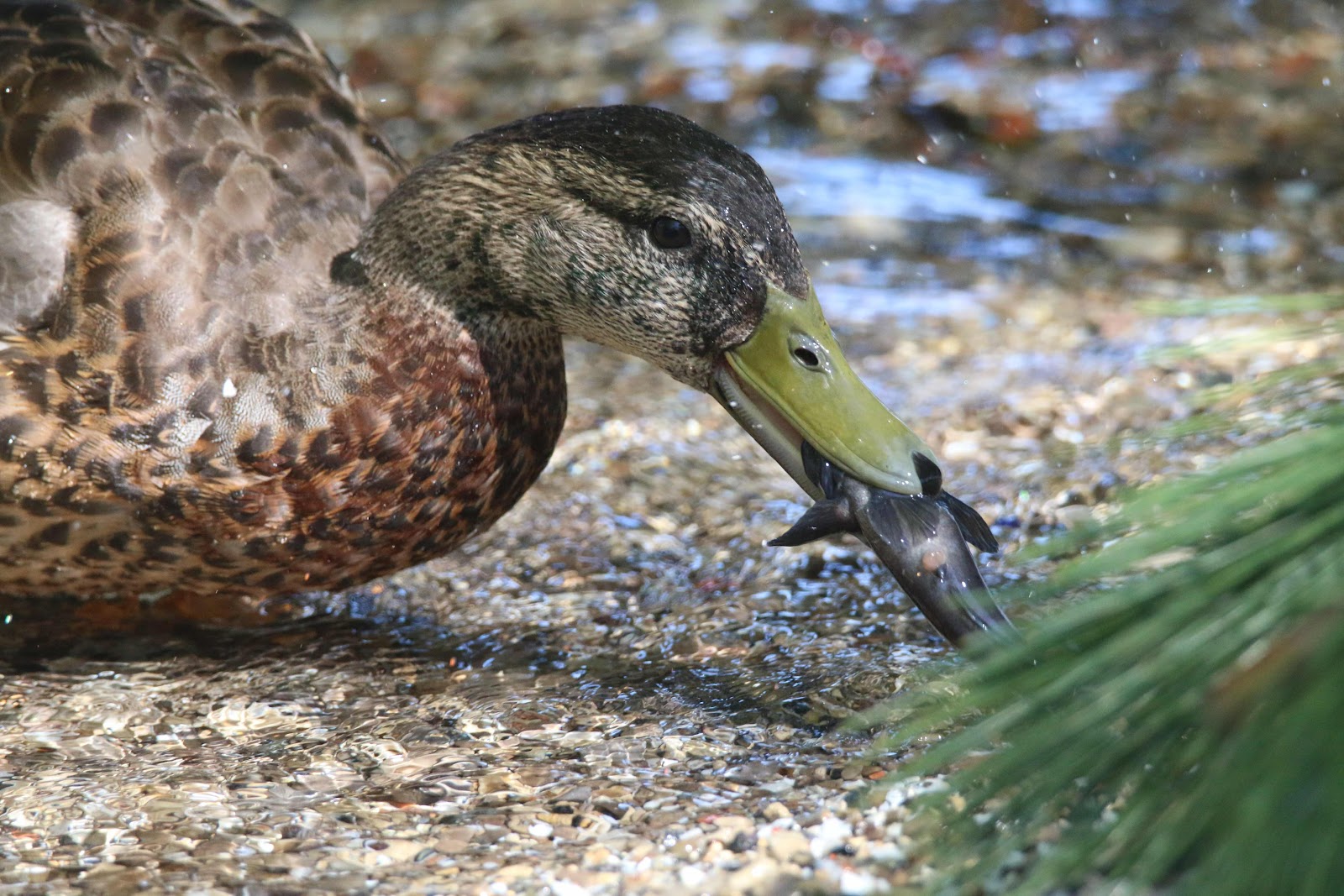 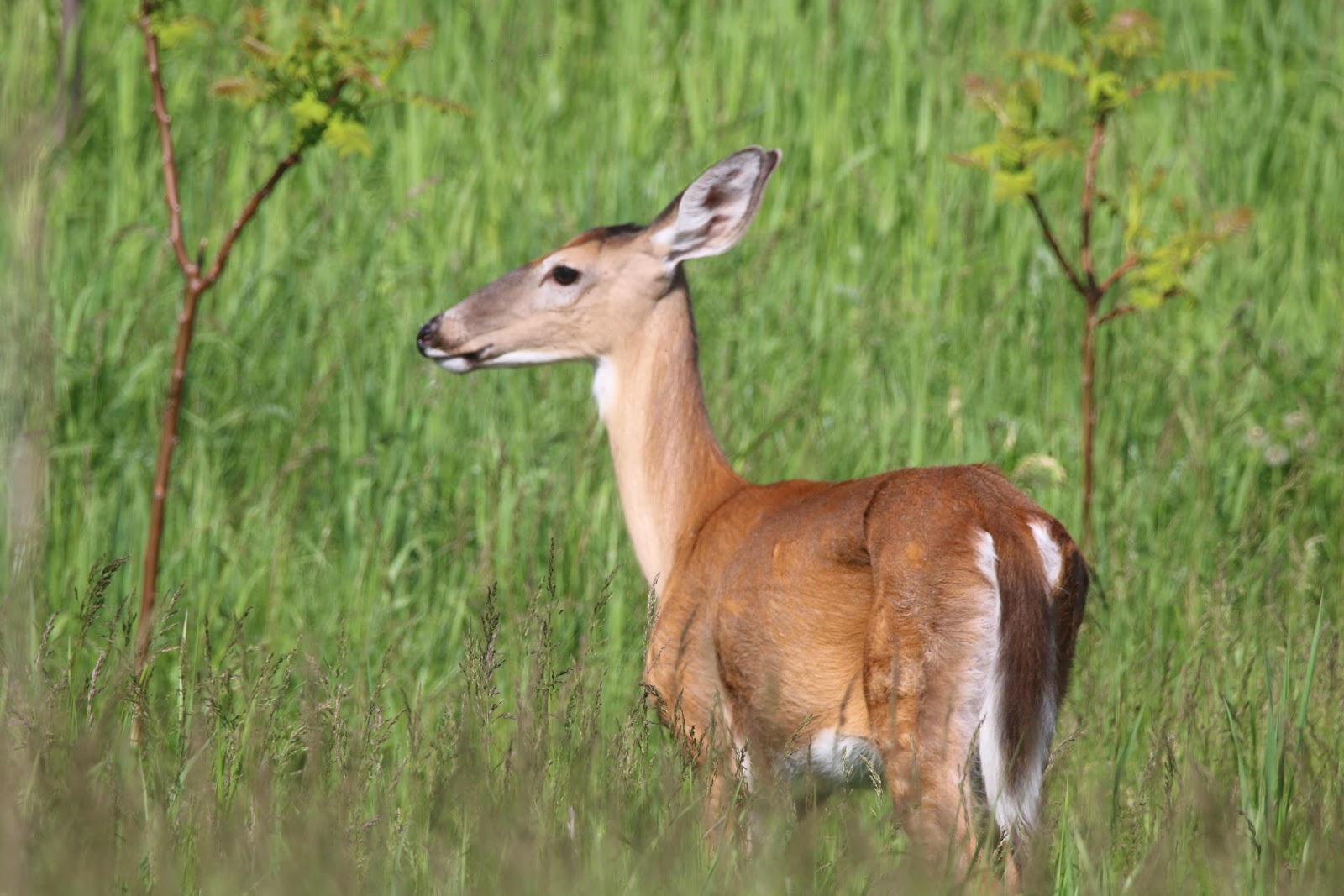 Migration has all but wrapped up and now I just have to hope for a new rarity or two to show up as the summer nesting season begins.  I also hope to be traveling out to BC again and make a trip or two to Florida before the end of summer.